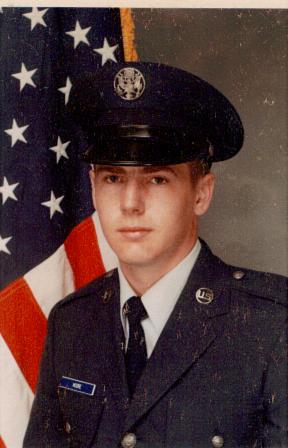 Hey, there is a sharp dressed man. What year? Mine was taken in 1977

Worst mistake I ever made coming out! Oh to be young again.

I was Air Force from 82 to 92. I should have stayed in too, but I was stationed in Grand Forks ND. Nothing against the good people of ND, but DANG it was cold!

I was in Little Rock. Little Rock was nice but Hickman AFB would have been better. Ha

Looks like you and I chewed some of the same dirt. I, too, was assigned to Little Rock AFB (i.e., 2MAPS -- 2nd Mobile Aerial Port Squadron), June '84 to November '88. Good times (sometimes...). I never did a PCS to Hickam AFB, but I did pass through there on my way to a special-duty assignment at Truk Lagoon (Chuuk State), Federated States of Micronesia. Now THAT was definitely good times!

Yeah I remember 2maps well. I was motor pool.A buddy told me the 314th trans is no longer there,it got cut out and they use civ contracters now

Kudo's to those who served! I was Air Farce from 1974 to 1979. Gerald Ford was Commander in Chief when I enlisted and Jimmy Carter when I mustered out. We were pulling good parts off of good airplanes to fix broken airplanes. Uncle Sam couldn't afford spare parts. They shipped me to California and there I stayed. Could have been worse I suppose.

'Maxing out a coordinator rod?' 4 hrs