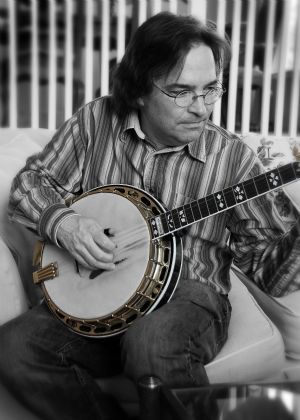 Bill plays his '33 Granada just after it arrives in California. Photo by Kerri Antes.

I saw that banjo under Sonny's care recently- it is a dandy!

i've been fortunate enough to play 3 prewar flathead granadas and they're the RULE(okay, maybe 3's and 75's too), but everything else just seems like execeptions to this rule.

I was going to say Jimmy Conners..!!!

Actually John Lennons first instrument was the banjo. Paul mccartney introduced him to the guitar. Imagine how much further they would have got if he had stuck with what was best.

I love that banjo after seeing it up close a couple of times ... maybe you will let me touch it in Kitty Hawk?  :)

That Granada is a very special instrument, and for your duos with Megan, it's the exact right tool for the job. Enjoy it, Bill!
~Julio

'Why would this happen?' 3 hrs