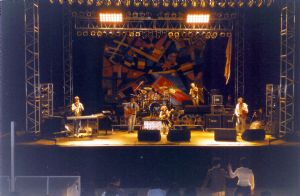 Be the first to comment on “Blackstone Folk live at S. Siro - Milano 1993”