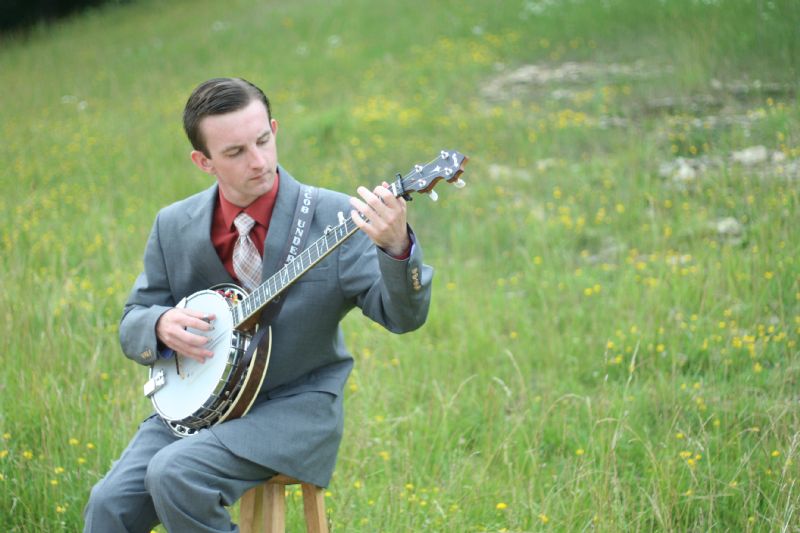 Plum River Records is proud to announce a new single release, "B-5" from an upcoming banjo album by Jacob Underwood. The tune was written by Jacob (Banjo & Guitar), and also features Sierra Hull (Mandolin), Ron Stewart (Fiddle), and Matt Wallace (Upright Bass). The entire album is set for release before the end of the year. Other guests on the project include Steve Thomas, Greg Underwood, Mike Scott, Tim Crouch, and Justin Moses.

Jacob Underwood took an early interest in music, after hearing his father and grandfather play. At the age of three, he learned his first mandolin chords and began singing on stage. He began taking piano lessons at age five, but soon returned his attention to mandolin and fiddle, eventually playing banjo and guitar as well. At age 11, he joined his father and grandfather as a full time member of Bluegrass Express, initially on mandolin and fiddle. Jacob now handles the banjo duties for the band. In 2013, Jacob released his first solo CD "Grass Clippings" and played all the instruments on all the cuts. Jacob also appeared on the 2014 all original release from Bluegrass Express "In Our Own Words" as the band's banjo player, and penned three of the songs.  He is a multiple contest winner, and has served as an instructor at the Bean Blossom Youth Bluegrass Camp in Bean Blossom, IN.

You can stay up to date with the release of the full project at Jacob's Facebook page. www.facebook.com/JacobUnderwoodMusic

DJs are encouraged to download the single from Airplay Direct - www.airplaydirect.com/jacobunderwood

The single can be heard on my Hangout music tab.


Be the first to comment on “New Single from Jacob Underwood!”