Yesterday, August 1, 2015, my family & I visited the National Air & Space Museum Annex located in Virginia adjacent to Dulles Airport.  While there, to my astonishment, there were two banjos in a Lindberg Memorabilia Display Case.  One was a small banjo-uke.  The other was either a 4-string tenor or pletrum - gold plated and carved peghead with loads of intricate inlays in the fretboard 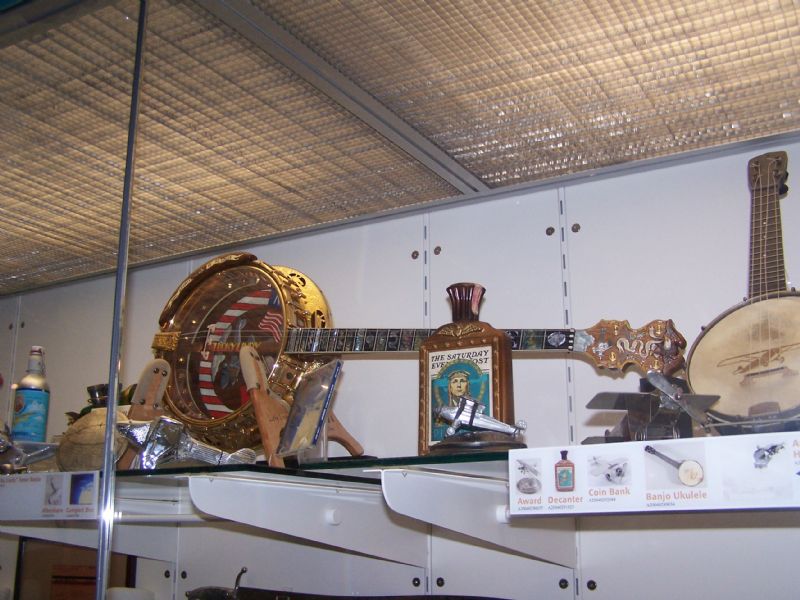 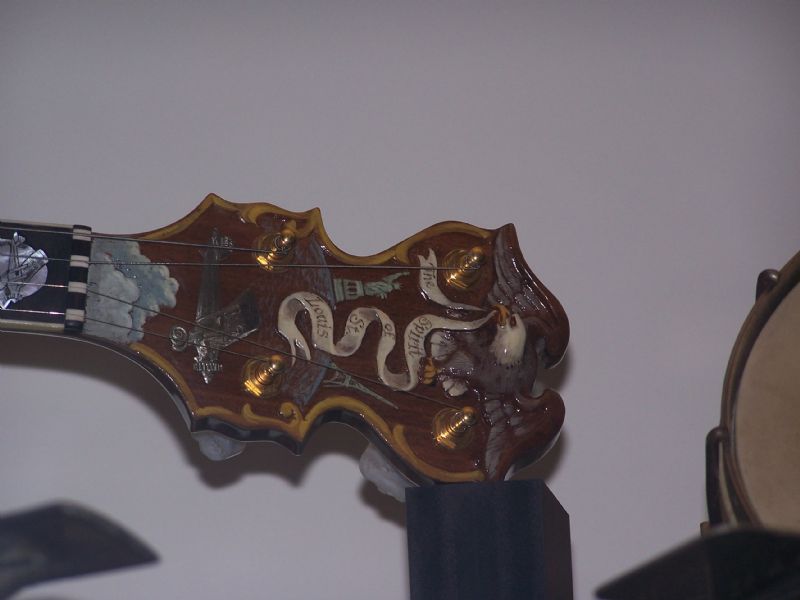 Not the fanciest of museum displays, but a pretty cool banjo, none-the-less. I'm from St. Louis after all.