The Darlings and Mayberry Ministries

I was called upon last week to participate in a play featuring an episode of  The Andy Griffith called "Mountain Wedding" as the Banjo player for the Darlings and as we all know was played by Doug Dillard.

We Did 2 shows at  "Morrison Heights Baptist Church" in Clinton, MS and I had a great time picking with the rest of the players, Lorin Guitar, David Mandolin, Wilson Dobro, Jim on Upright Bass and of course myself on the old 5 String.

The Preacher told me this was the first year they had live music and that he was well pleased with the overwhelming positive response of the audience. And, as The Darlings we received a bunch of hand shakes and pats on the back.

Several people even told me as a group we did Lester & Earl proud. 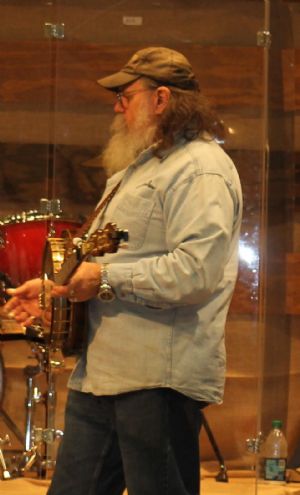 The Band On Stage 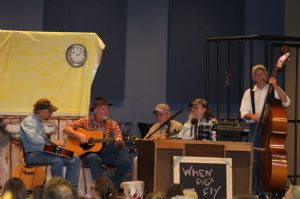 Crying Holy Unto The Lord


Be the first to comment on “Mayberry Ministries & The Darlings”