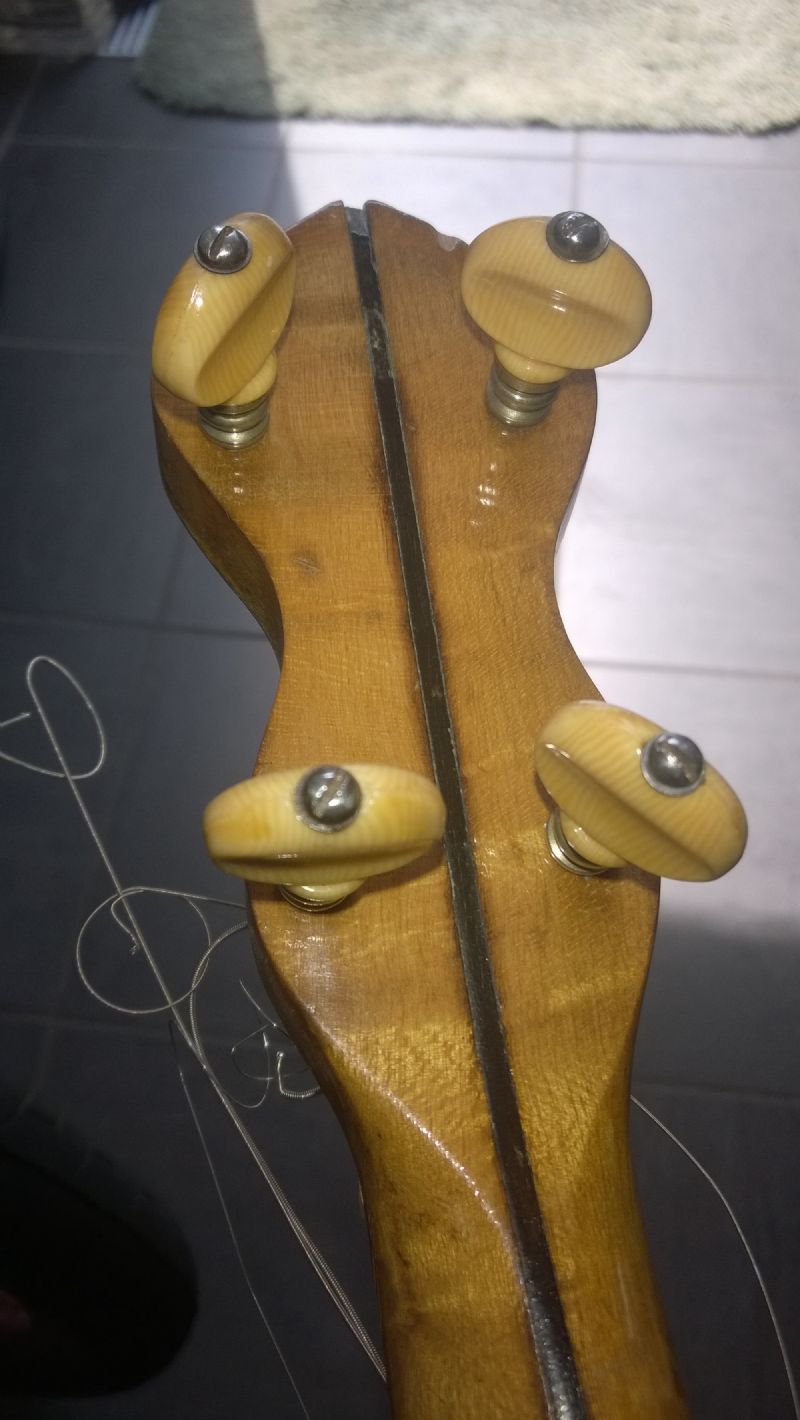 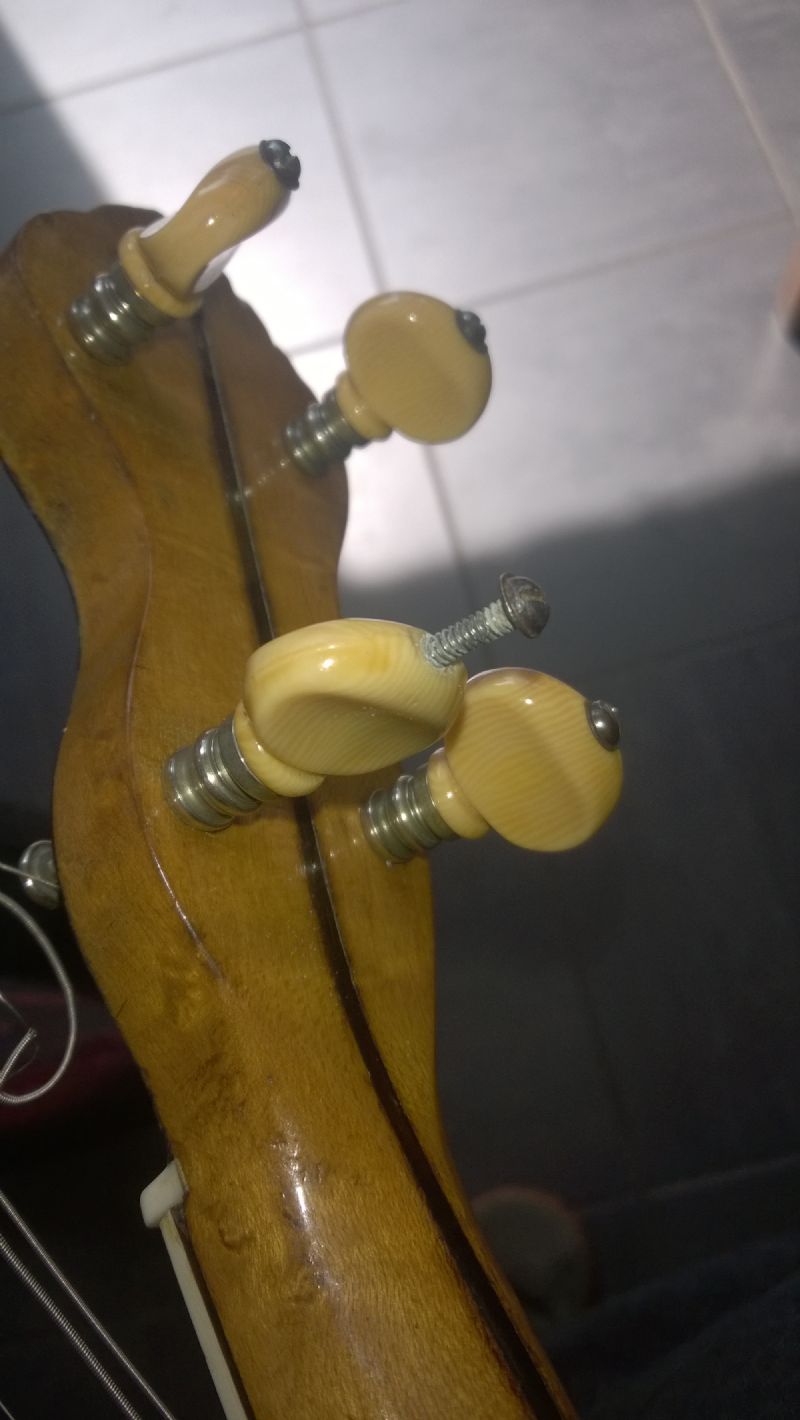 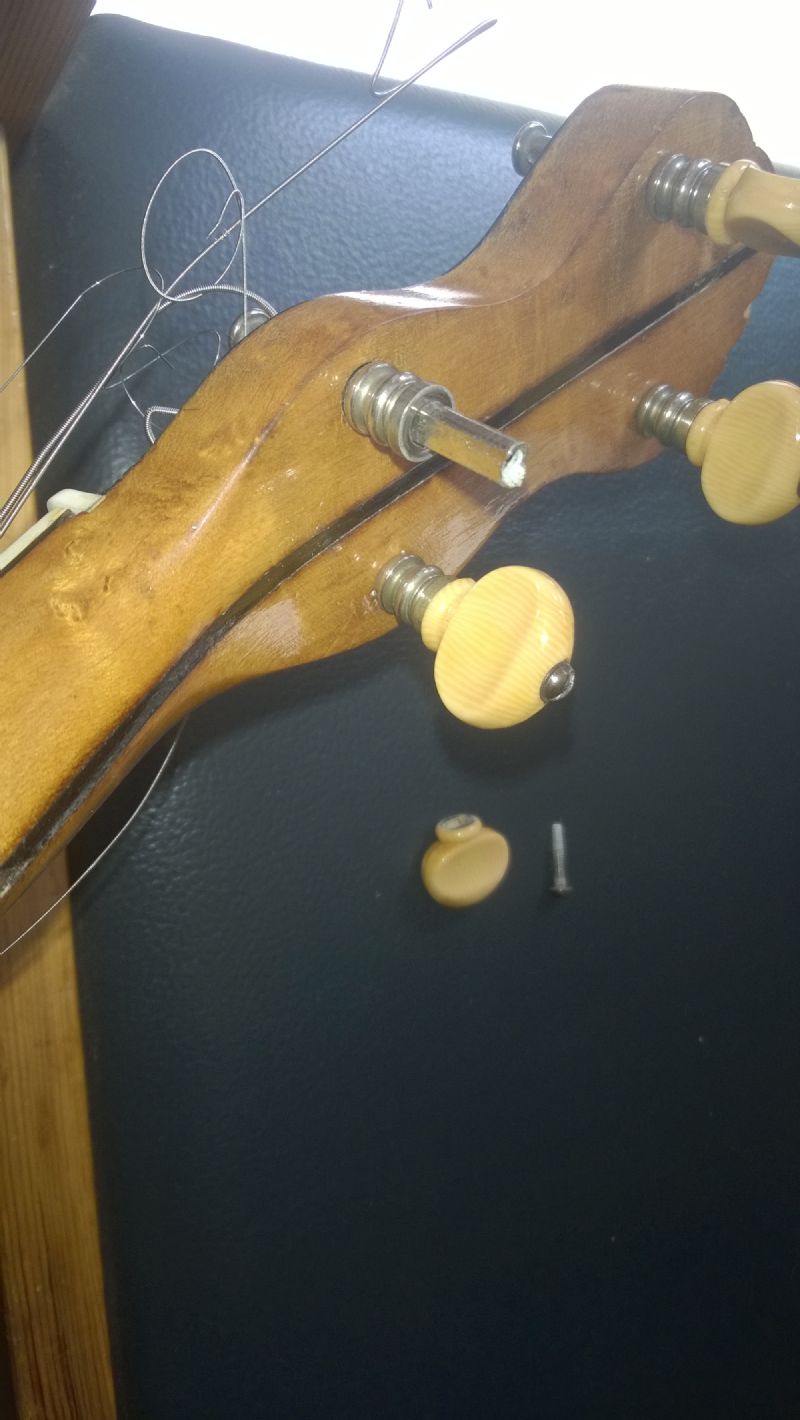 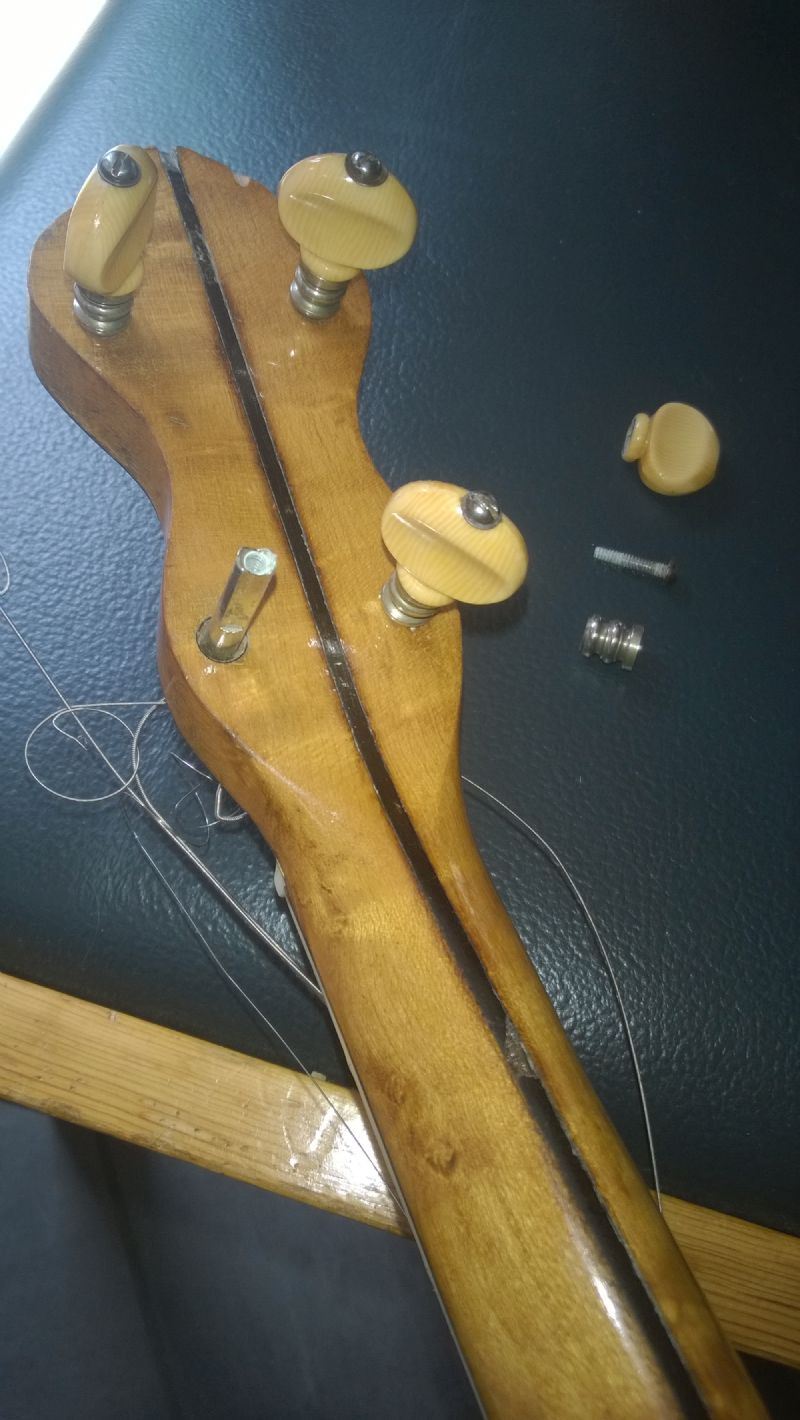 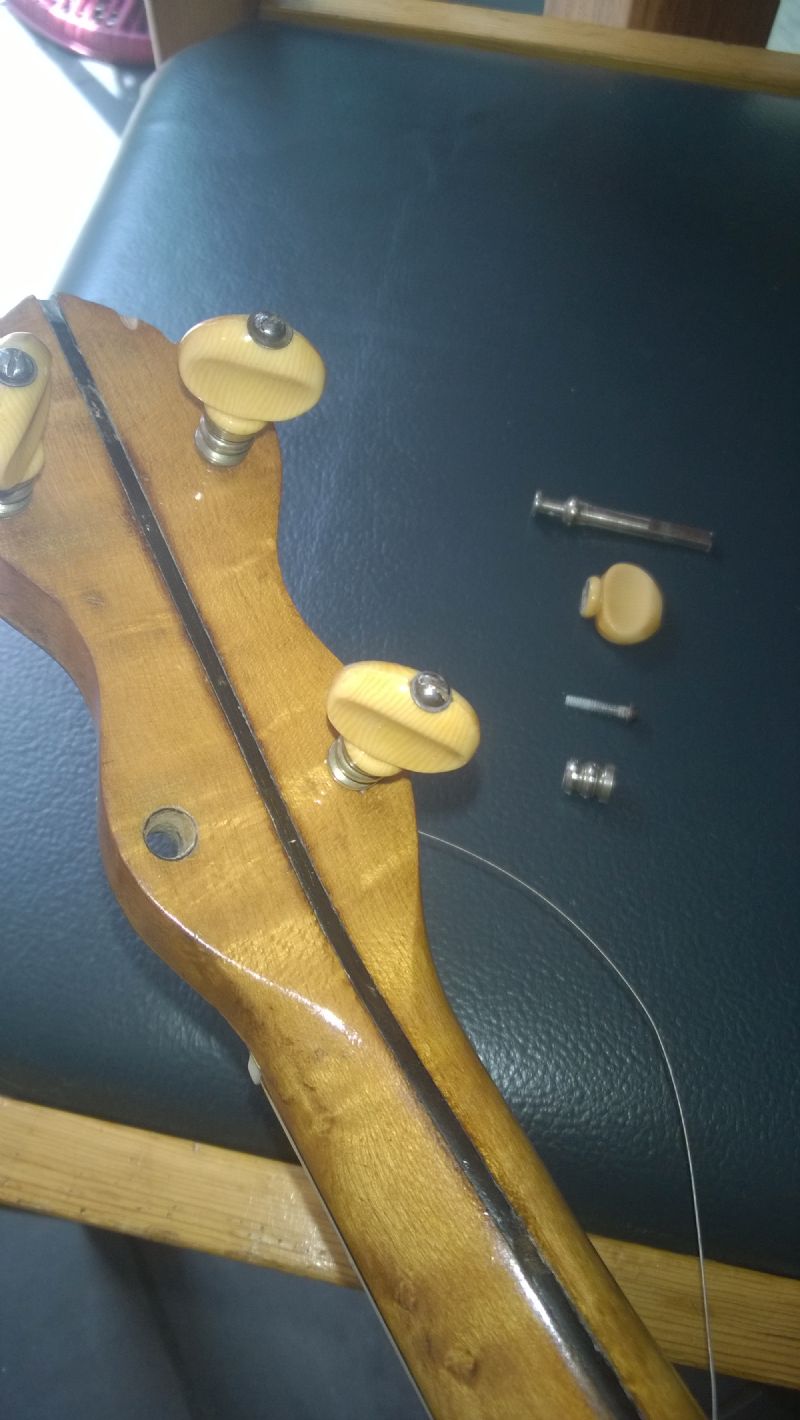 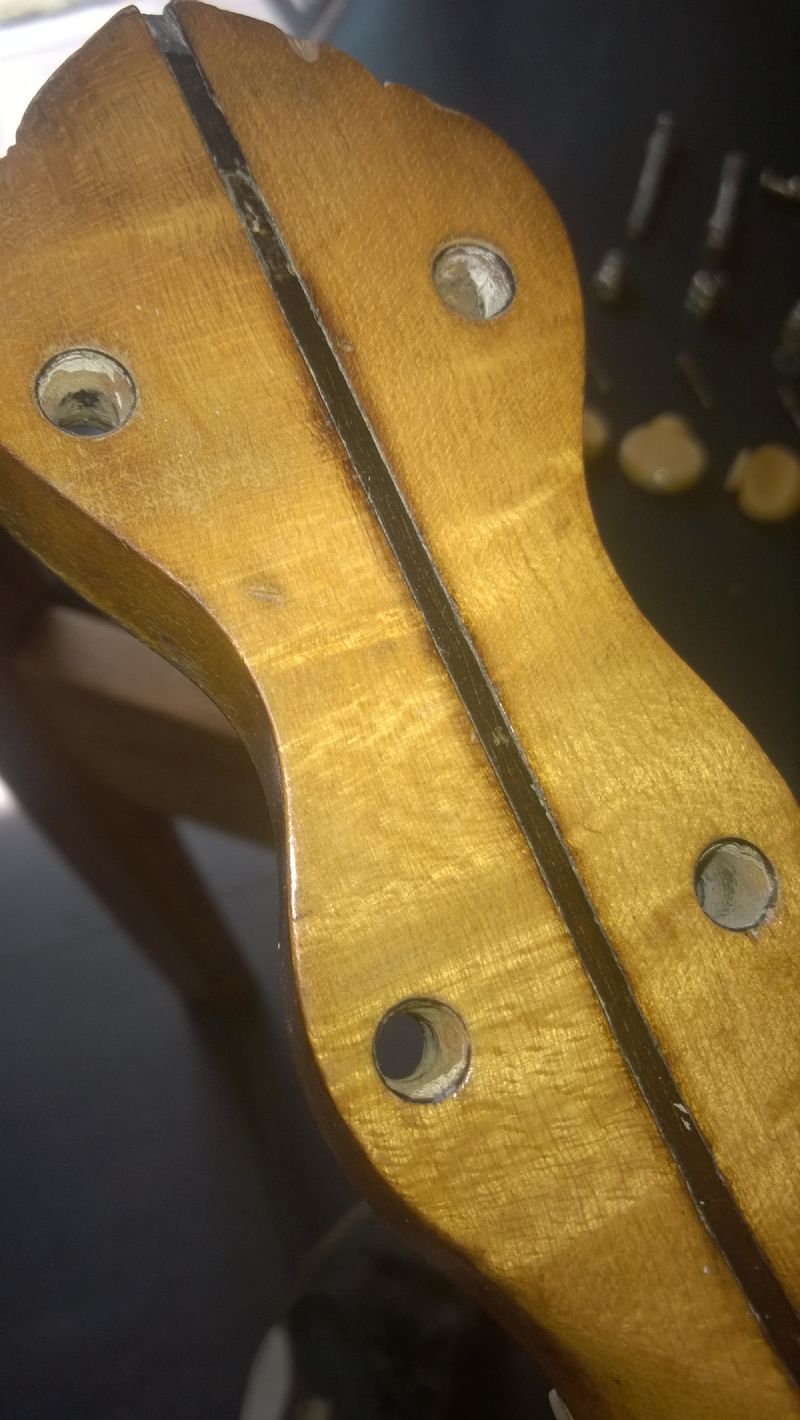 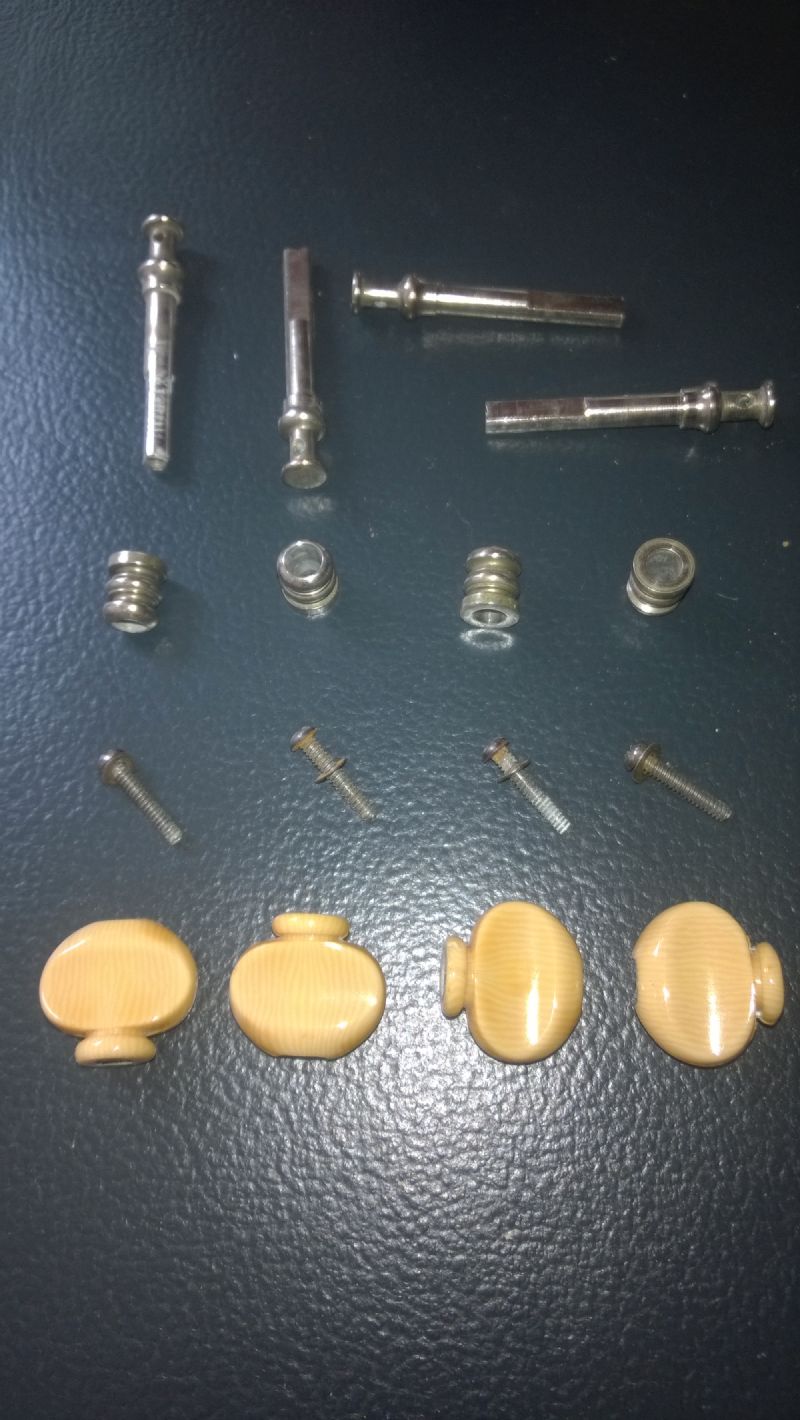 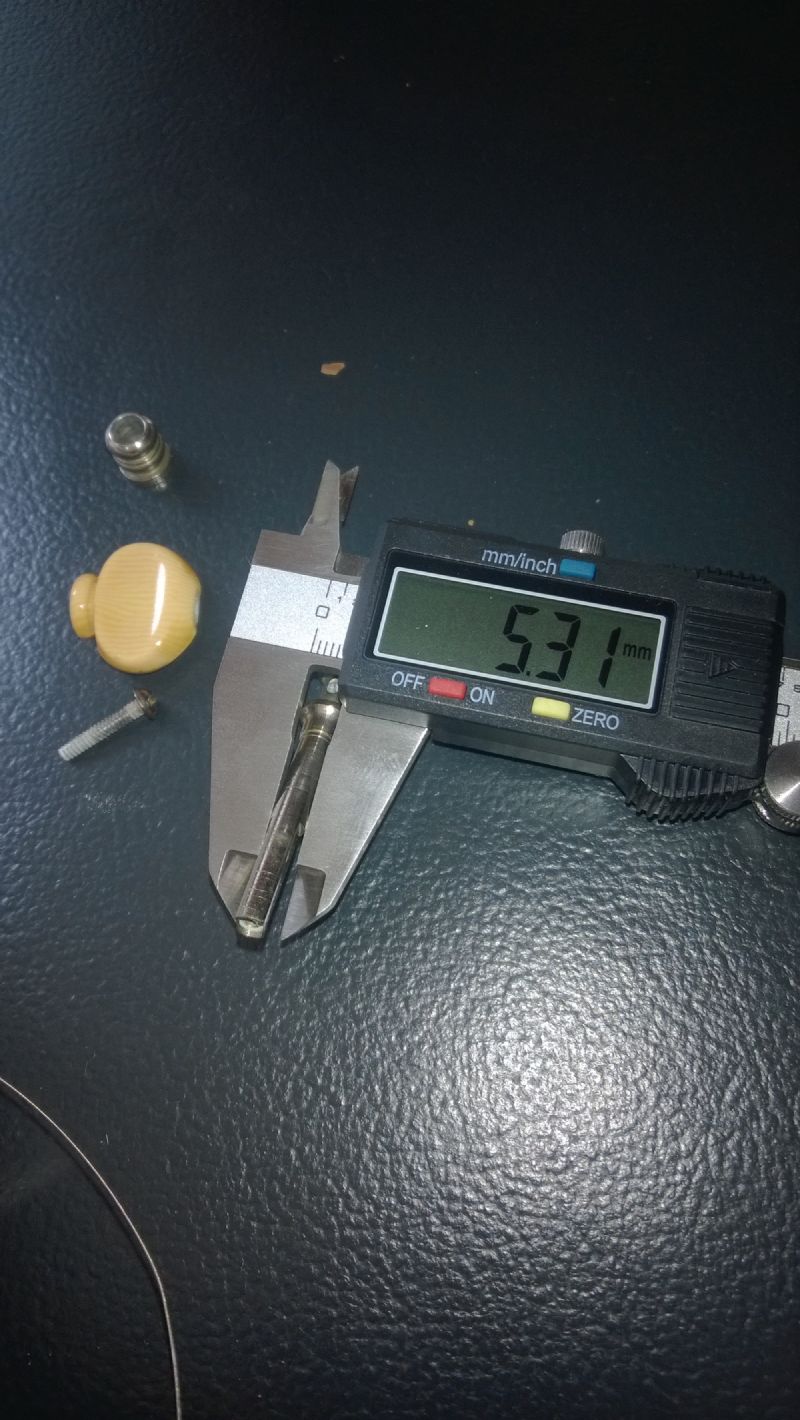 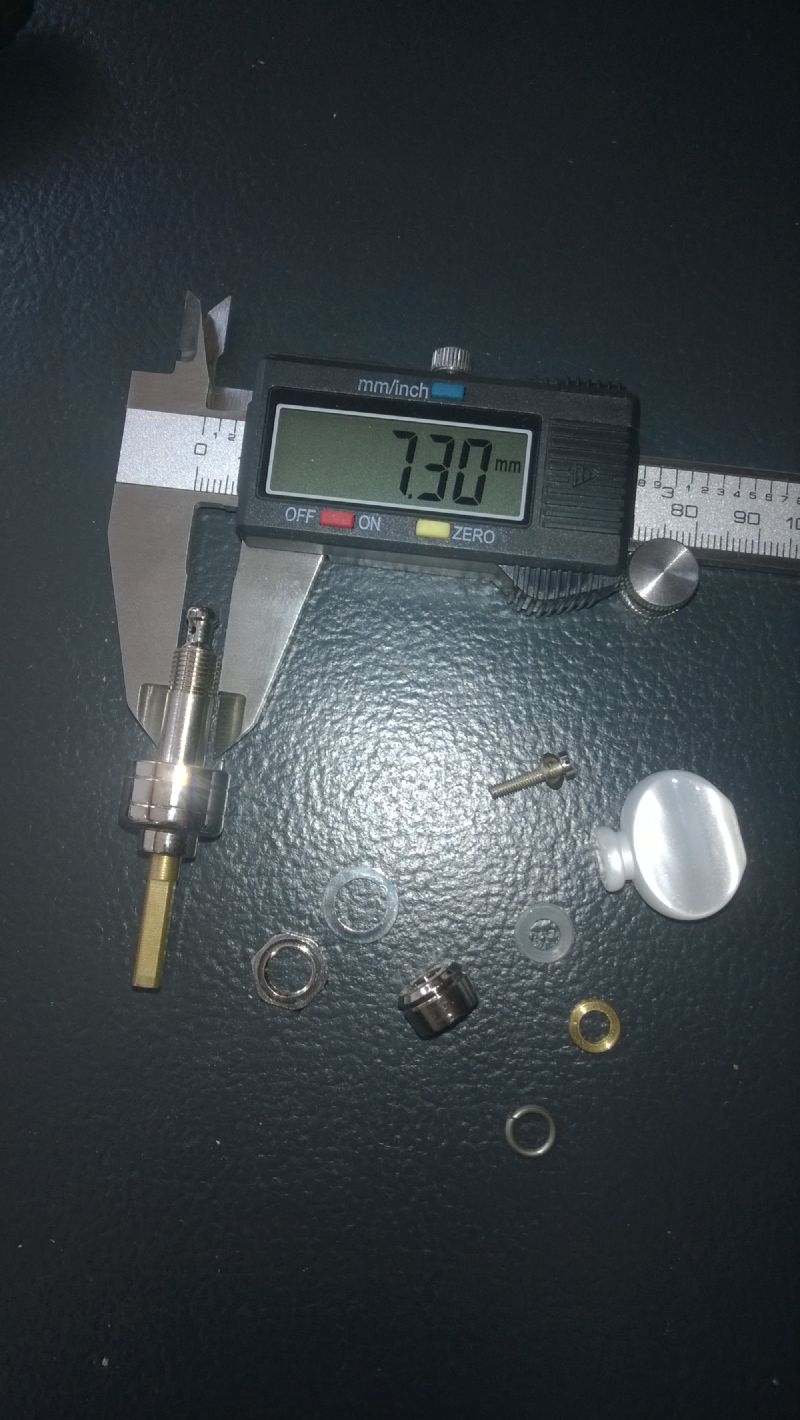 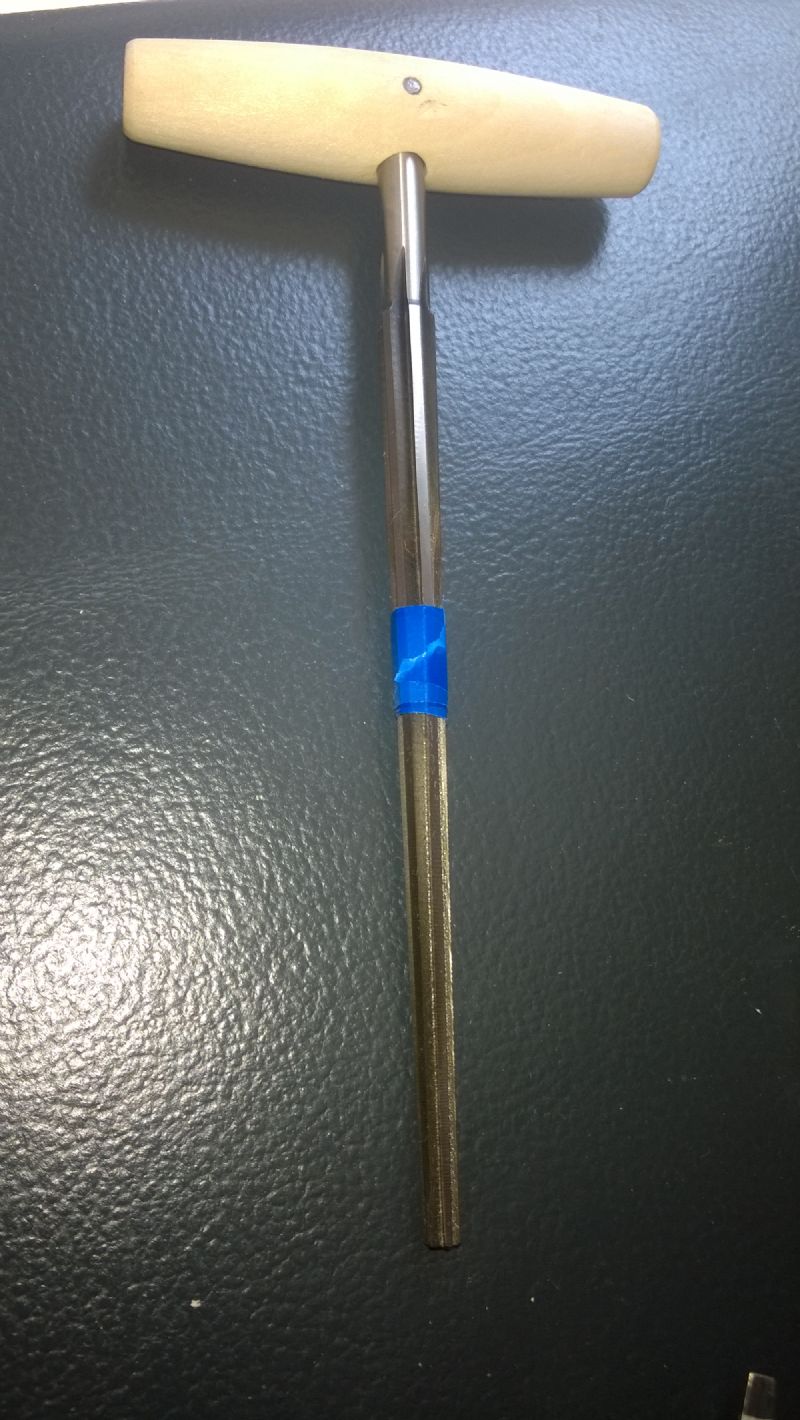 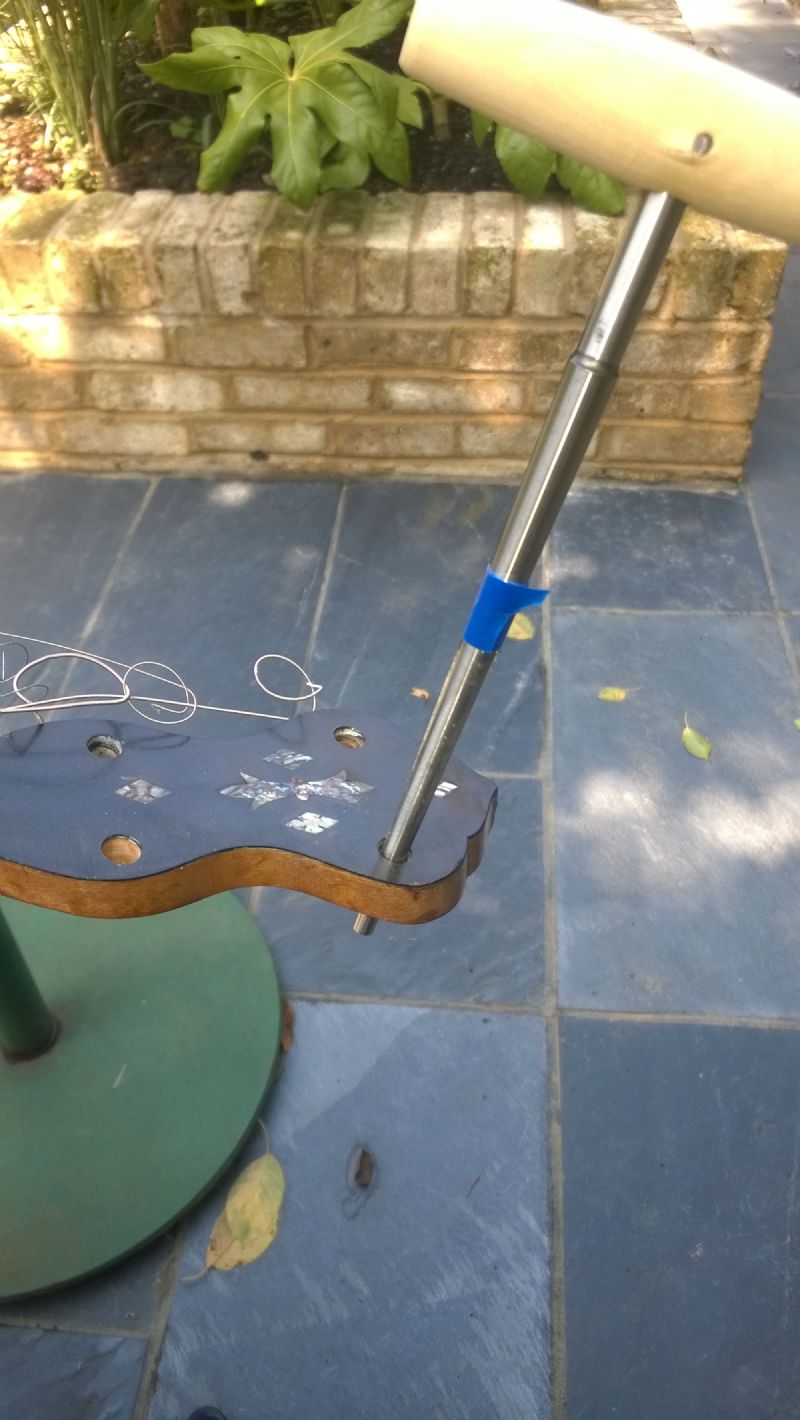 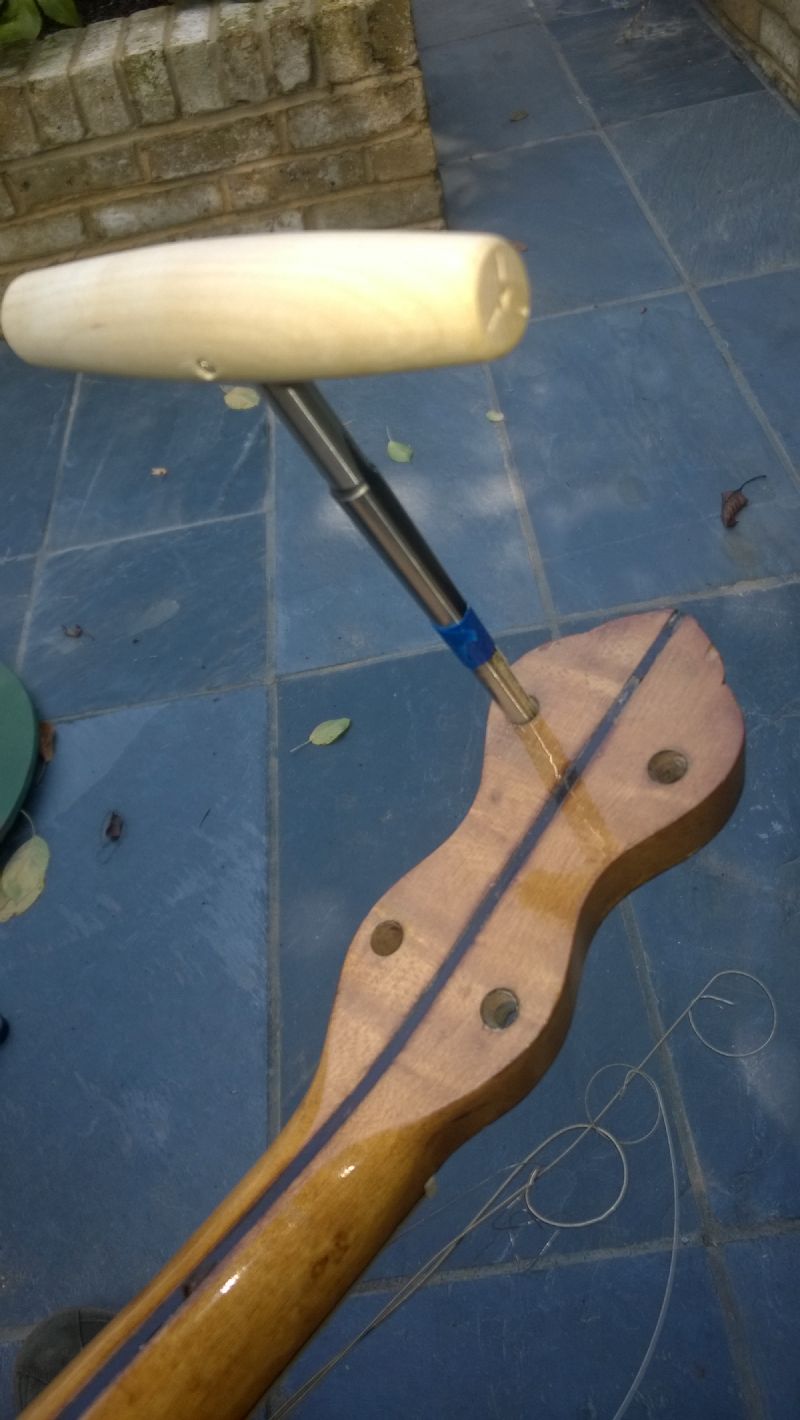 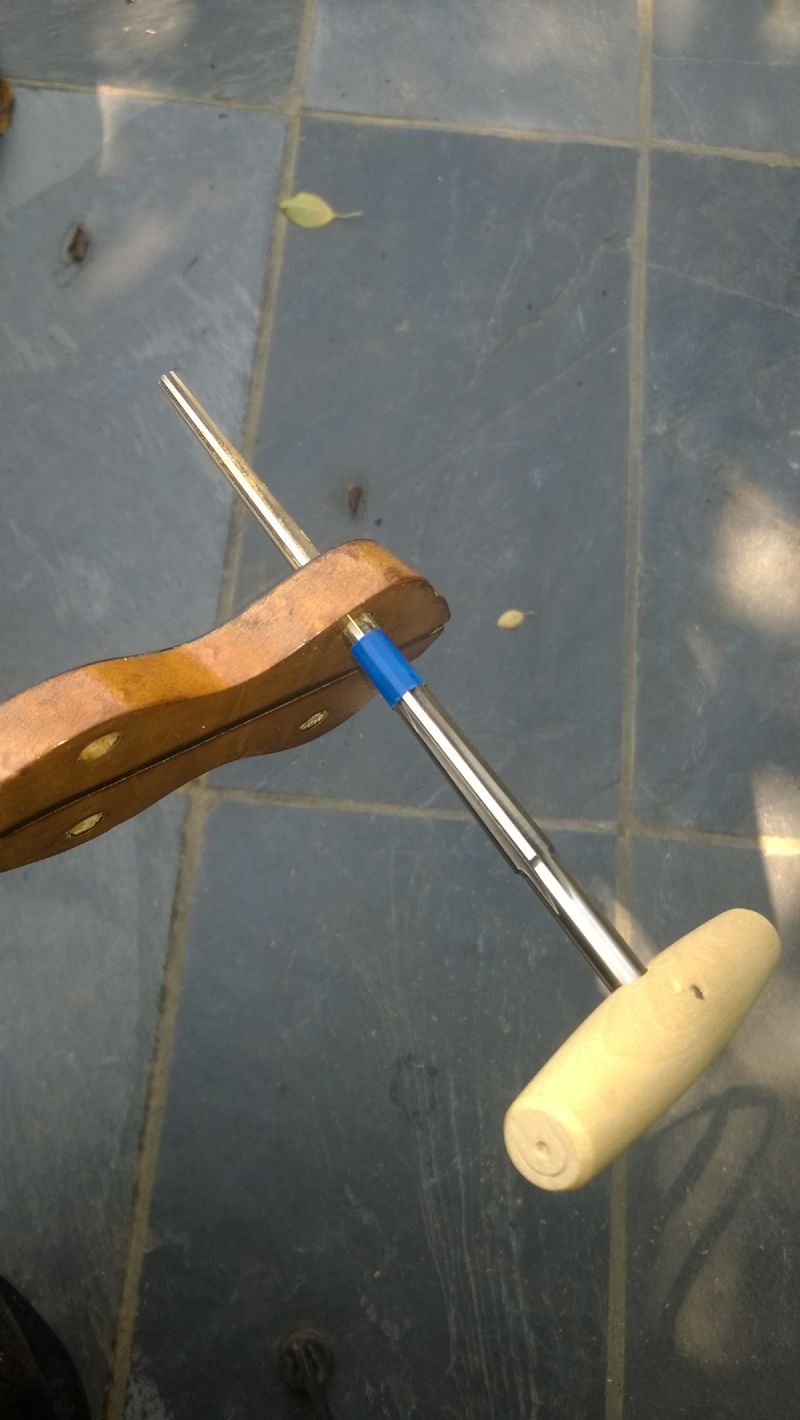 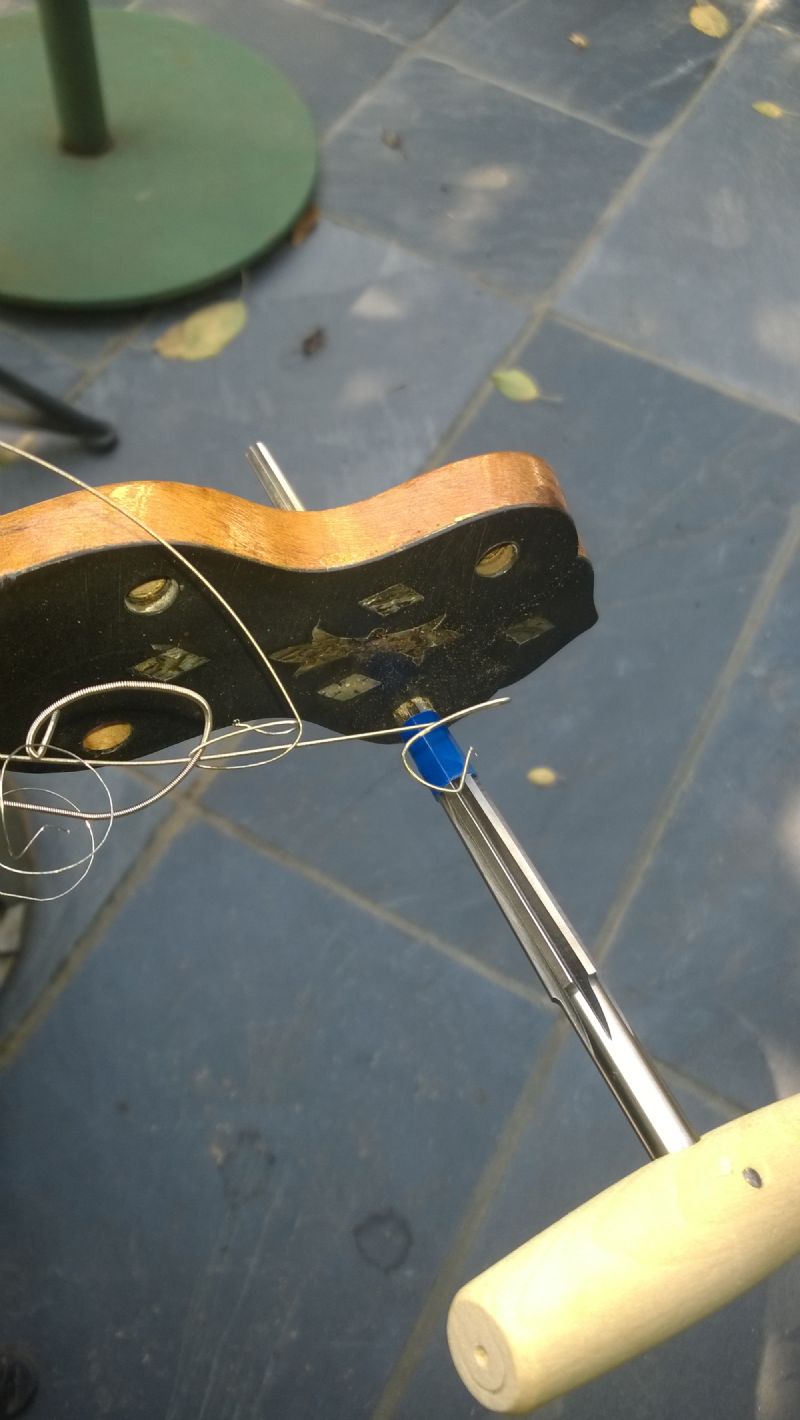 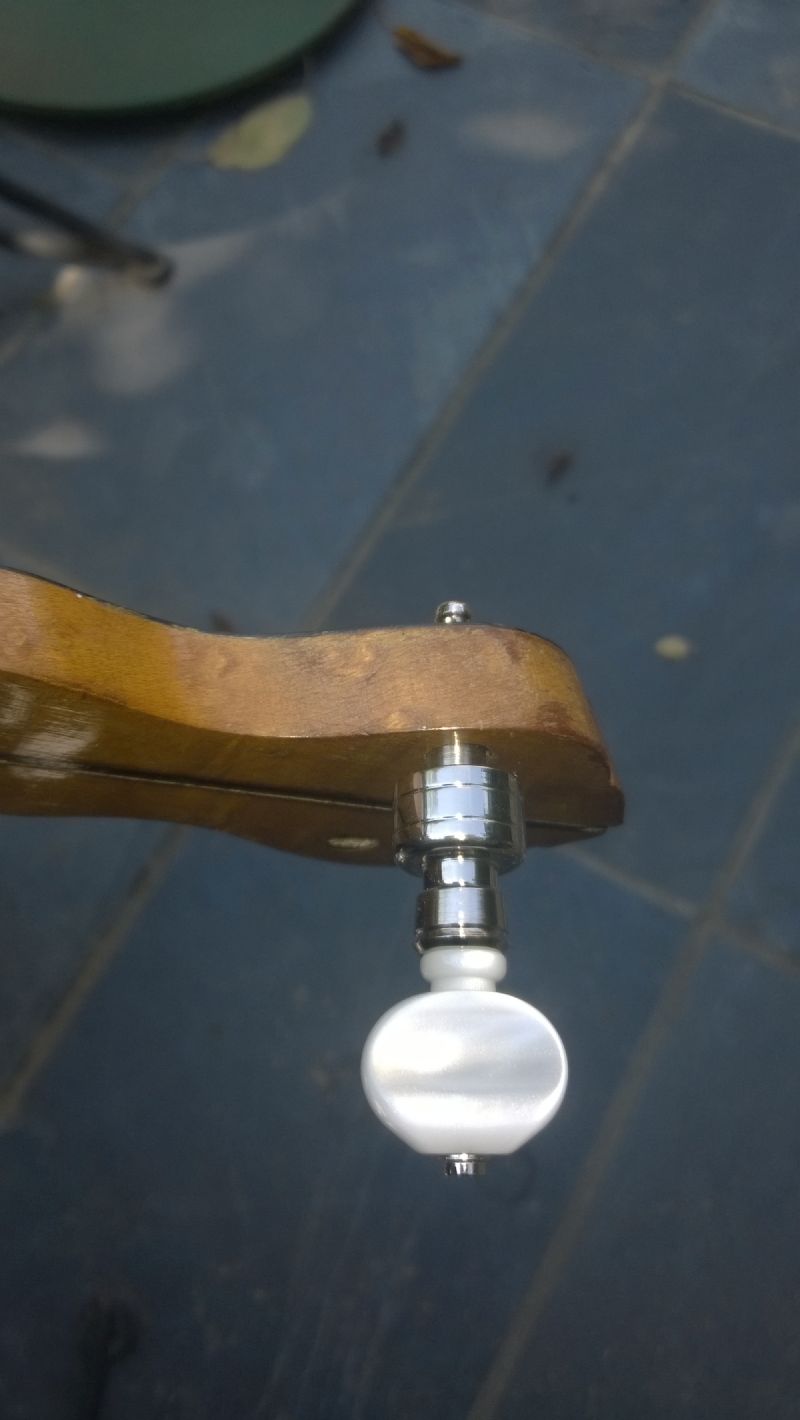 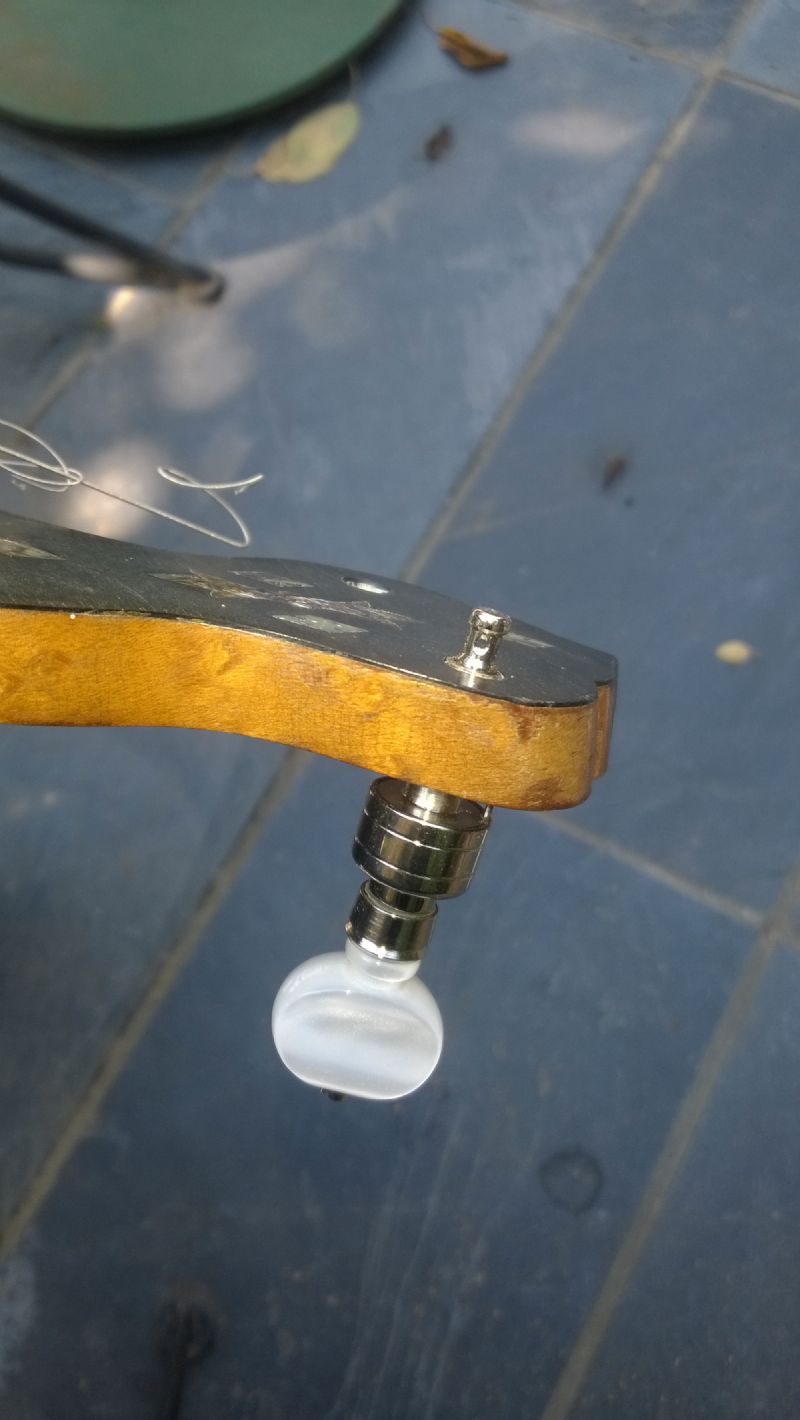 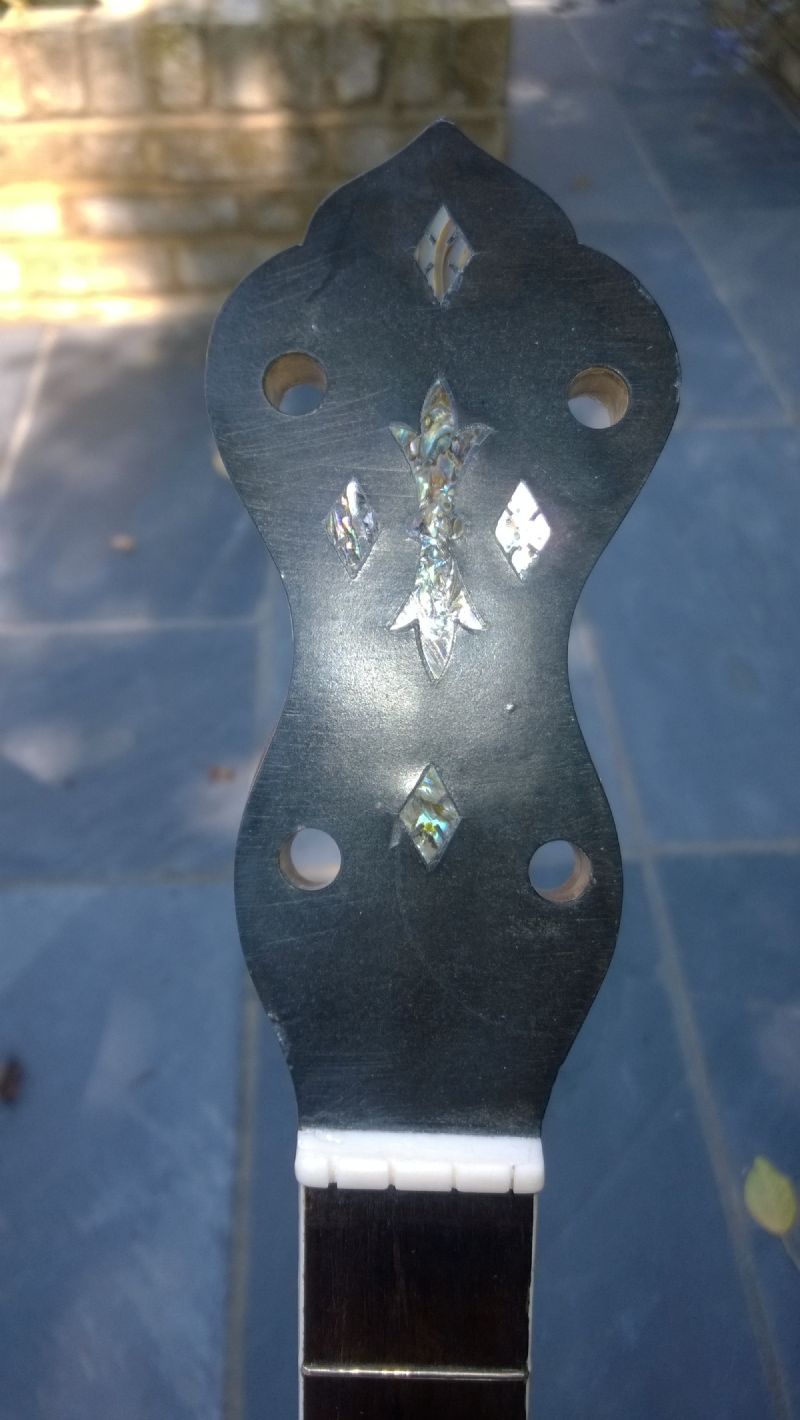 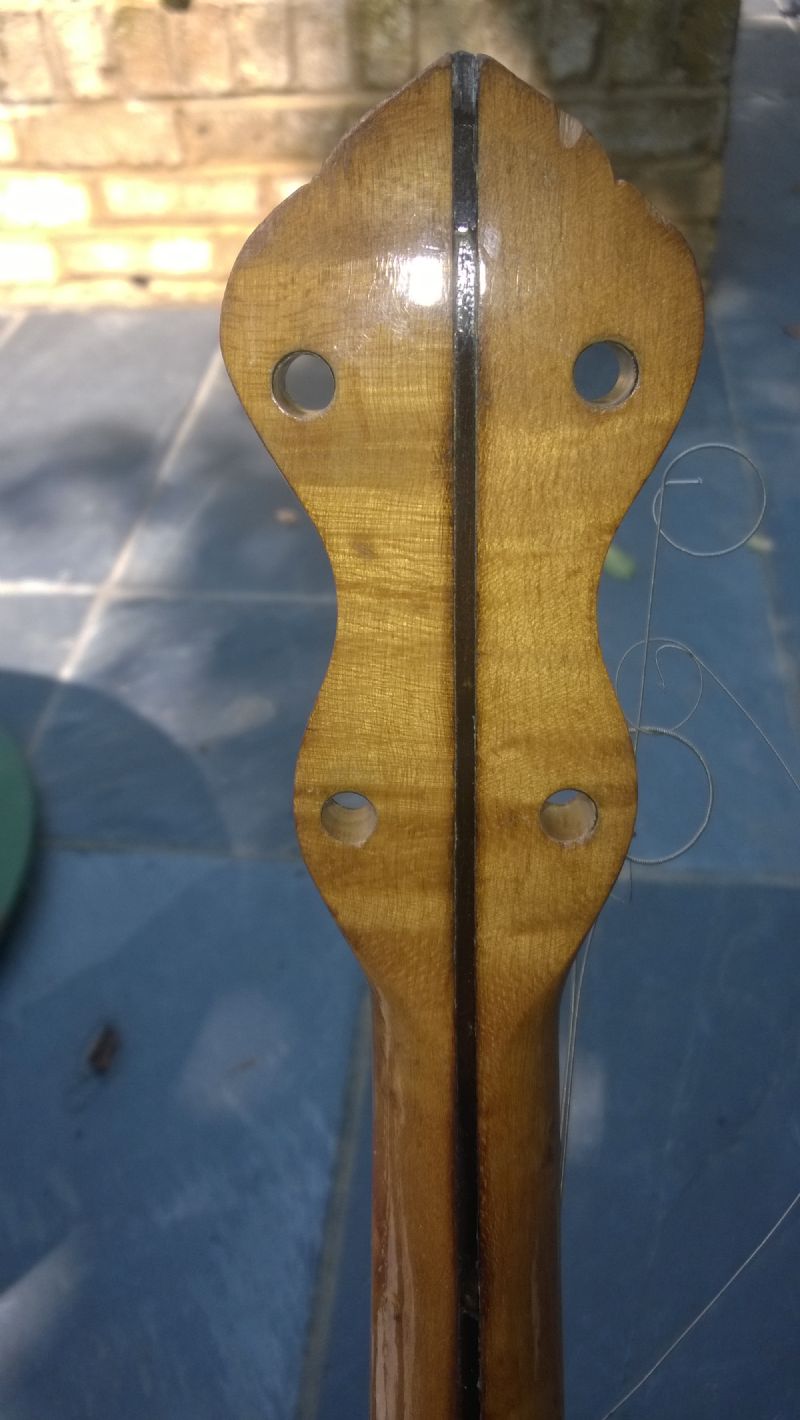 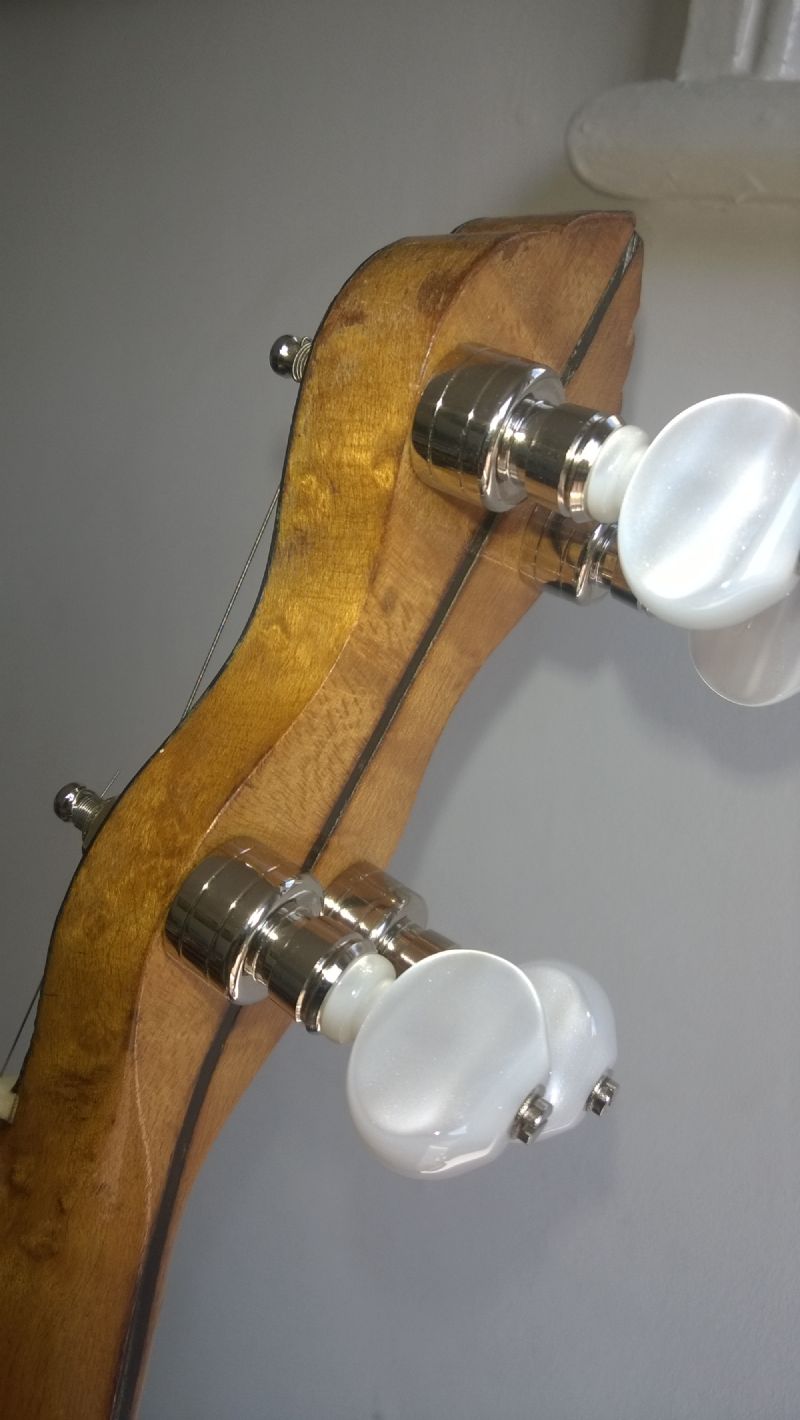 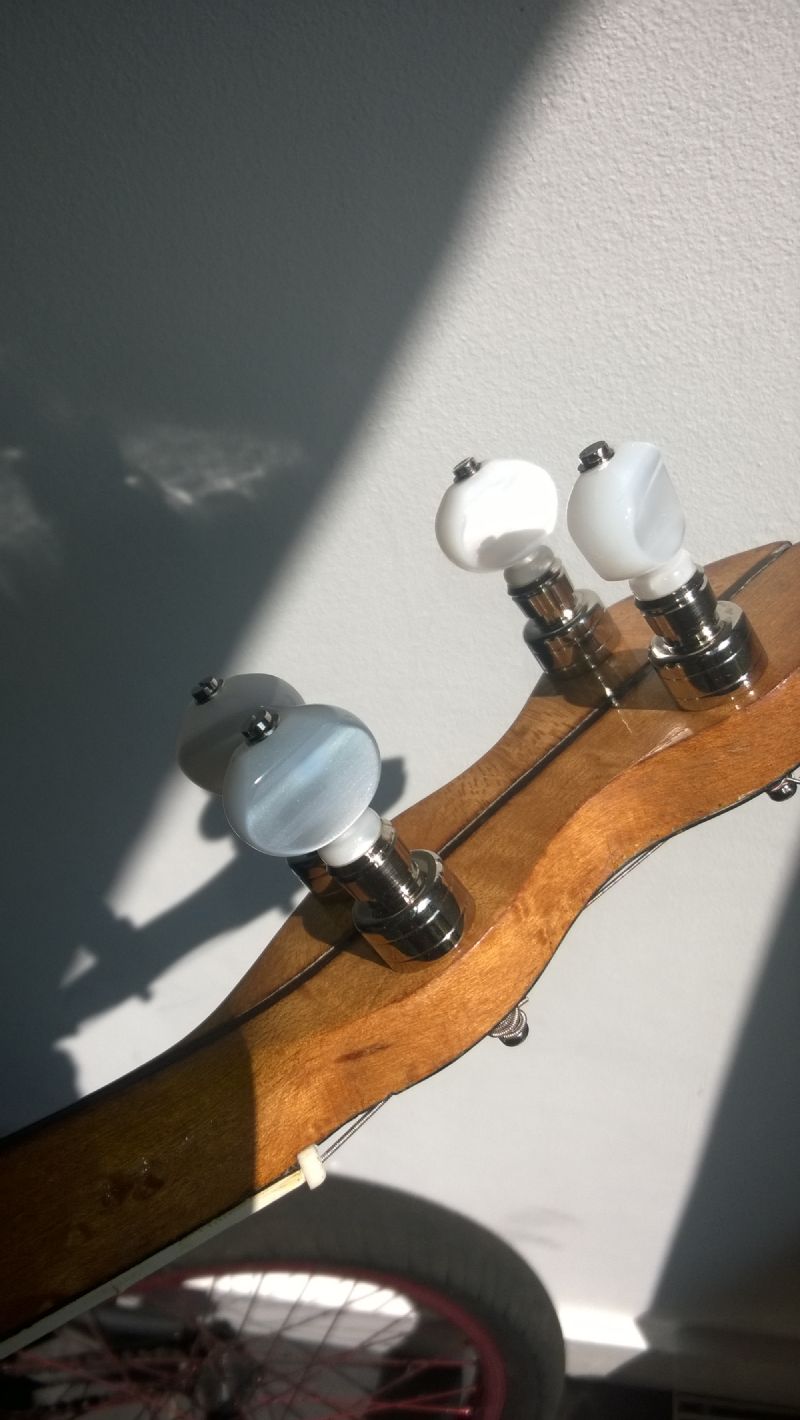 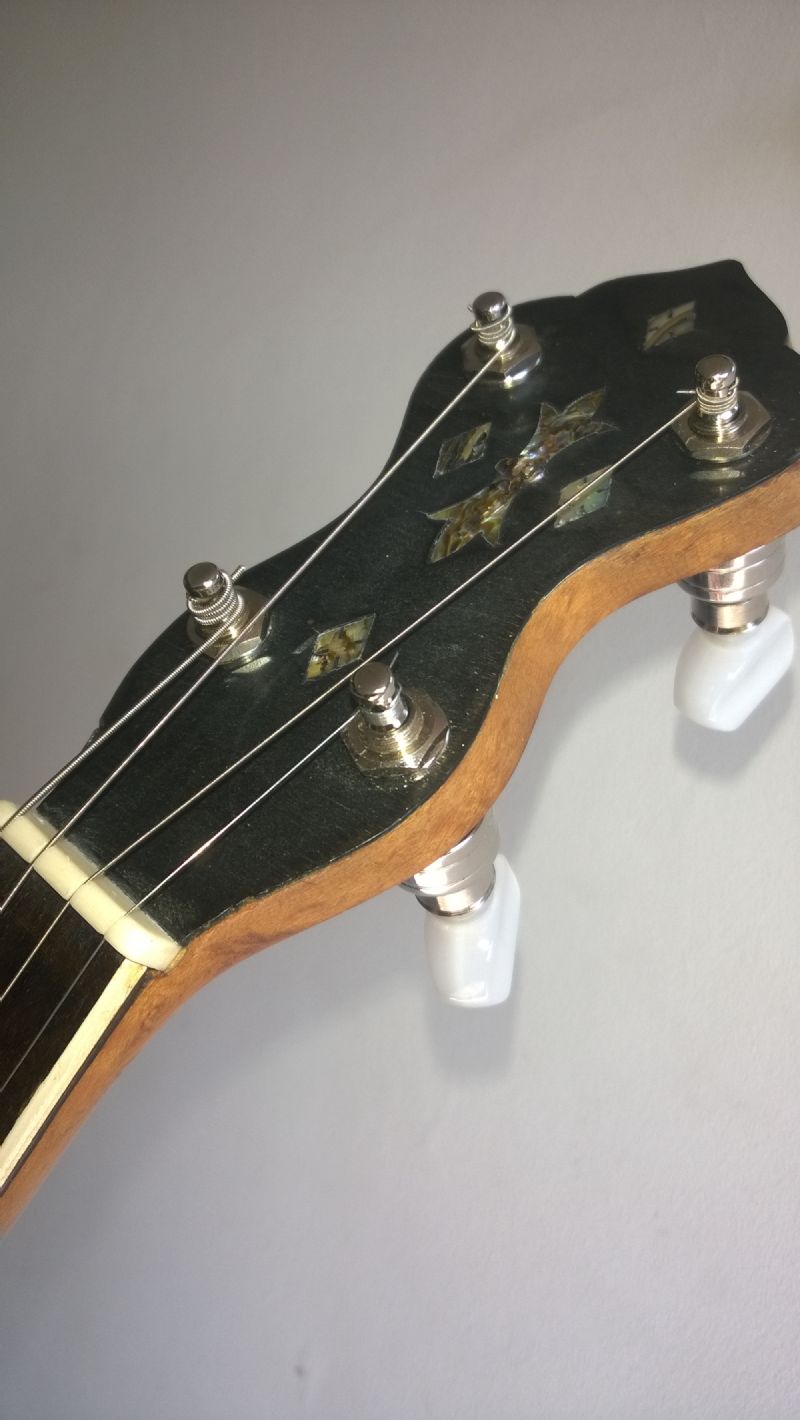 A good idea to check the outside dimension of new tuners so they don't wind up too close to the edge of the head stock. I file out the holes close to where they need to be and then finish up with the reamer. This allows me to move the holes further from the sides of the head stock.

Hi Mike - I took the trouble of creating an account (not as much trouble you took to post the beautiful article) - just to thank you. I can't sleep well when I don't communicate my thanks to somebody who deserves it.

I got a super old Tenor banjo for 80$ (concerttone). Built between 1910-1920. I really want to play it but the tuners are making me crazy. I wanted to do it myself but no youtube videos for exactly this banjo. The tuners I can get from Amazon all seem to have a large shaft size. Mine is approximately 5mm. My banjo looks very very similar to yours. The tuners also look almost identical.

There are cheap friction peg tuners that are 7.5mm shaft size and look kind of the same as my current ones. But you are saying I should stay away from these and go for planetary ones? I couldn't find one that is less than 10mm yet. Wondering what tool I will need to make the holes 10mm?