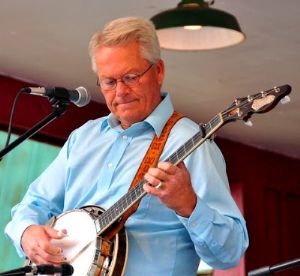 Jack Hicks is held in high regard by fans of bluegrass music. His melodic banjo breaks helped usher in a new wave of pickers who began to expand on what the banjo could do. While many are familiar with his music, few know anything about the man himself.

Jack was born in Louisa, KY in 1952, but was raised in Ashland, KY. His father played the banjo and made local repairs on instruments. Jack got his first break when Bill Monroe offered him a job, and the rest as they say, is history. Jack’s groundbreaking melodic breaks again made Bill Monroe’s music relevant in a time when “newgrass” was gaining steam. Jack also helped Buck White and Red Rector on some recordings which are a must-have for all banjo players.

I was fortunate enough to interview Jack, and this is my humble attempt to shed some light on him.

James Stiltner: What made you start playing the banjo?
Jack Hicks: My dad played and repaired instruments. He was a straight Scruggs player and good at it but I wanted to venture out on different things which made us bump heads some but we made it through (laughs). 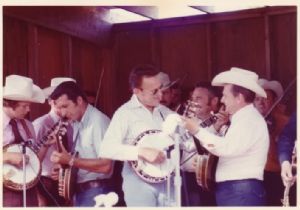 JS: Who is your biggest professional influence?
JH: I would have to say Eddie Adcock was the biggest influence on my playing. As a matter of fact, when I was a kid Eddie Adcock would call me really often to see how I was doing and that is something I will never forget!

JS: What do you consider your best banjo break?
JH: Probably "You Won't be Satisfied that Way" for Bill Monroe.

JS: How did you come up with your "Walls of Time" break?
JH: I came up with that on stage, Bill broke a string and told me to get up there and play a break and that's what I played. Bill had me play it a couple of times back to back.

JS: Who are some of your favorite banjo players?
JH: Well there are so many but to name a few. Sammy Shelor, J.D. Crowe, and of course Eddie Adcock, and Earl Scruggs, I could go on all day. There are so many great pickers now days. 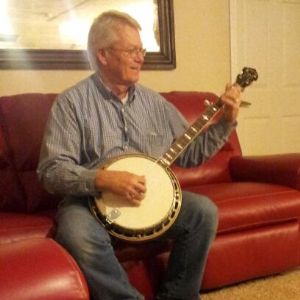 JS: Do you have any funny or interesting road stories?
JH: One time when I had just went to work with Bill we were playing at frontier ranch in Columbus Ohio and I had on a pair of shorts when we were getting ready to leave. Kenny Baker asked him if he was ready to leave and Bill said as soon as Jack puts some pants on we will be ready.

JS: What is your proudest achievement in music?
JH: I think playing with Bill would have to be it.

JS: What was your experience working for Bill Monroe like?
JH: Bill was like a father to me. He was the biggest influence on my picking and he taught me a lot about life.

JS: Do you consider yourself a stylist, or someone who can weave in and out of a variety of styles?
JH: I think I just weave around.

JS: What banjo did you play during the 70s, and what banjo do you play these days?
JH: I played a Baldwin Ode and I play a bunch of parts banjo now.

JS: What advice do you have for young pickers?
JH: Stay focused.


20 comments on “An Interview with Jack Hicks”

Great player for sure. Good to hear from and about him. Thanks so much.

I guess Bill seeing Jack without pants was no part of nothin'!

Jack has always been one of my favorites. I've stolen a few licks from him for sure. Thanks for posting the interview.
Steve V

I remember woodshedding on those melodic blues licks from when Jack played with Monroe - great stuff James!

Randal Morton in Memphis told me what a great picker Jack Hicks was....Randal was right!

Jack, Are you still playing pedal steel? I remember you playing back in the seventies in Springfield, MO. at the Shrine Mosque Auditiorium with Sonny James, and you were playing a Lloyd Green 3 pedal 4 knee lever, single 10, model pedal steel as well as banjo. I got to visit with you backstage for awhile and you showed me some nice licks on the banjo. You also started me into thinking since I played five string I could play pedal steel, so I bought one. I bought one in the 80's, and I'm not past the ballad stage yet, but thanks for all your advice and suggestions. When the Steel Guitar Forum guys start making jokes about banjo players I blog about you, Bill Keith, Eric Weisberg, and the late Winnie Winston who played banjo as well as the late Jerry Garcia who played banjo before they went to pedal steel. Joke's on them. Glad you're still around and best of luck. Arkansas Red-Ozark Troubadour

I always thought that Jack's notes were from Buck White's piano for they were always true to the tune and not just in the key like a lot of pickers do. Jack has always been my favorite melodic picker.
R. C. Harris

I remember seeing Jack with Bill Monroe at a concert at the "Rindge Auditorium" in Cambridge, Mass in 1972, I believe it was. It was a co-concert with Don Reno and his group at that time. Jack was the "ON FIRE" banjo player at that time! Great concert. I talked with Jack briefly in the backstage "meet and greet" line along with Bill Monroe. The concert was put on by the Boston predecessor of the BBU (Boston Bluegrass Union)....Boston Area Friends of Bluegrass and Oldtime Music, I believe it was called. Jack, do you remember it? I still have that Bill Monroe "Father and Son" album that mato65 referred to!

One of my favourites was Jack's muted banjo on 'Indian Blood' with Buck White & The Down Home Folks.

A true groundbreaking picker as well as someone who knew what a song needed.
I remember Jimmy Arnold told me that he played on that Conway Twitty song "Boogie Grass"which was a very neat part of that tune.

Jack Hicks, a first rate, influential picker. His music says a lot and is a joy to listen to. Thanks for this interview.

what Monroe records contain Jack's break for "You won't be satisfied that way" ? Is there a recording of his break for Walls of Time? (i could google but I'm at work and don't want to be off task too long

The "Walls of Time" is posted on youtube, just search for Bill and James Monroe - Walls of Time, and the "You Won't Be Satisfied That Way" is on Bill Monroe's "Bean Blossom" album

walls of time - that is an awe some break !! I think Ben Eldridge may have swiped a little of that Working on a Building

James, This interview is great. Thanks for broadening our knowledge of Jack.

Wow. Cool post. Iâd like to write like this too â taking time and real hard work to make a great articleâ¦ but I put things off too much and never seem to get started. Thanks though.I'm common rail come from sensor

Do not click on URL from Lami88. She's a spammer!

'Does "Classic banjo" count as an old time style?' 23 min