Posted by Texasbanjo on Sunday, February 9, 2014 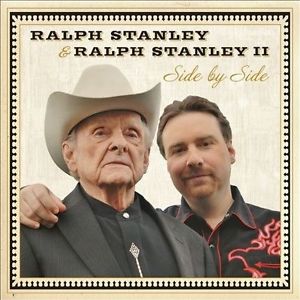 What can you say about Ralph Stanley that hasn’t already been said many times.  I could write several pages about him and his music.  His voice is definitely unique and his banjo picking is one of the sounds that got me started picking banjo.

Trying to condense over 50 years of picking, singing and entertaining is difficult.  He was born in ‘27 and his mother taught him to play banjo.  He and his brother, Carter, started the Stanley Brothers in ‘46.  They continued on until Carter died in ‘66.   Ralph continued on and to date has recorded over 150 albums, received 6 Grammy nominations, been awarded an Honorary Doctorate of Music, and received other awards and honors too numerous to mention.

Ralph II continued in his father’s footsteps somewhat, and with great trepidation.  After all, it isn’t easy being the son of someone famous.  More is expected of you than others.  His first album, Listen to My Hammer Ring, was well received as was his next album, Pretty Girls, City Lights.  He is now well on his way in the recording world.

I remember seeing Ralph II beside his father when he was just a teenager, picking the guitar and singing.  His singing and picking have matured since then and he has come into his own.

This album is the first one by father and son and the songs are the traditional bluegrass songs that I love.  I was glad to note that the banjo picker was Steve Sparkman.  I’m so glad that he’s still picking banjo.  His banjo picking is so much like that of Ralph and I enjoy it immensely. Listen to his breaks on the various songs.  Wonderful.

thanks for that concise review..im buying acopy !thanks again god less ..gt

its early i mistyped.. god bless..gt

'Cumberland Gap (more or less) like Earl played it' 52 min