The Art of Being Out of Fashion 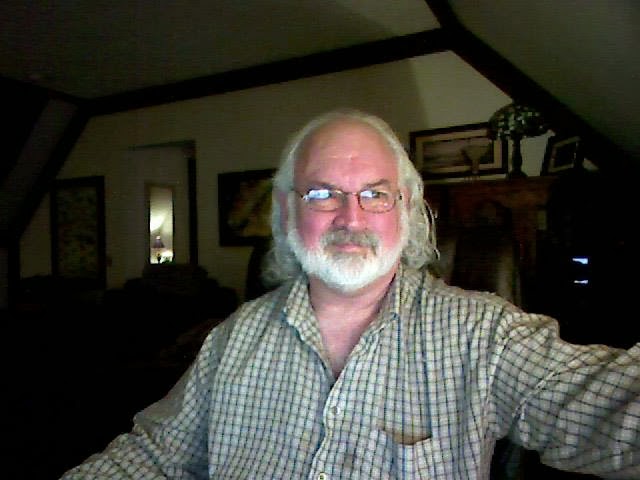 As I age disgracefully, I find there are things I want to do that have nothing to do with how cool anyone thinks they are. When I got myself lured up to the Pacific Northwest to aged hippie country, I discovered that a lot of my long-haired brethren from the 60s were here too and that the ones who moved to Seattle and Olympia were mostly raging liberals.

Out here amongst the trees, however, there are a surprising lot of long-haired conservatives, all heavily armed with everything from homemade knives and assault rifles to longneck banjos. Feeling right at home and a little irritated at the growing bald spot on top of my head, I decided to let my hair grow out.

The wife has long been my barber, due to the fact that I'm too cheap to pay $15 for a haircut. In recent years she's developed an essential tremor in her hand. I don't know what's essential about it, but that's what the docs say so who am I to argue?

The upshot is, I let my hair grow out. A lot of older guys on TV and even some younger ones had begun sporting pony tails, so I figured, why not. So I began a race to see if I could grow my hair out long enough to braid into a sailor's cue in the back before my remaining hair fell out.

It's a race at this point, but one thing fun came out of it - it boosted my acting career nicely.  Now when the youth department at the church need a Moses or some wild-haired minor prophet for a dramatic skit, I'm the go-to guy. I may even check out some community theaters and see if they need a Merlin or a Ben Franklin for some play or other. Might be fun. I've always wanted to do Scrooge on stage.

At any rate, now that my hair is growing out, I discover that pony tails for men are out of fashion again. As was explained to me, "That's soooooo 2009."

Ah, well, I'm doomed it seems to be out of step with the rest of the world. My computer's operating system will no longer be supported after April. If I update my operating system, I'll lose all my most useful programs AND I'll have to learn how to use Windows 8 or something equally horrible and probably have to upgrade my computer which I can ill afford at present.

I'm a teetotaler conservative, living in a state that just legalized marijuana and deregulated liquor stores, a Christian in a part of the country that's pretty much atheist or Buddhist or neo-pagan, a conservative in liberal hell and poor where the cost of living is somewhere around that of Palm Beach or Abu-Dhabi.

I should not be at all surprised; it was inevitable that his was coming. When I was a kid, I was a skinny nerd in a class full of bullies and underachievers most of whom were bound for prison. From there I went to a Christian school where I was the only agnostic up until they gave up on me, at which point, I perversely got myself baptized.

My best summers have been when I worked on staff at summer camp, where my skills were actually up-to-date and useful.  I had friends who were a lot like me and if they weren't they didn't care that I was a bit odd. Girls even liked me for the first time in my life.

Approaching age 60, however, I find it's just me and the missus stranded out here amongst the Douglas firs and the roving bands of deer and psychotic squirrels. And me without a banjo!

I think God's messing with me. I suspect it's for my own good.


3 comments on “The Art of Being Out of Fashion”

Pony tails are out on us old dudes. Shoot, I was just thinking about growing out the hair for one. I do miss being a redhead, though. brad

This past summer, at my wife's urging, I too let my hair grow. I knew, however, that pony tails are "out" and I've always thought they look ridiculous on older men anyway. But my wife liked the long hair; and according to my barber it gave me that western "gunfighter" look I think. And on at least three different occasions, at events hundreds of miles apart, someone specifically mentioned that I looked like Buffalo Bill (not to be confused with Buffalo Bob, the Howdy Doody guy....).

But alas! It was fun while it lasted. My boss let it be known that he was very concerned about my hair, without telling me directly. Since I'm in a rather public occupation and must reflect a positive lawful image the hair was cut. But, it will back....~ Wyozark

I've decided that some men (like me) can carry off the long hair/Western gunfighter/Conan the Barbarian look. Also it saves me a fortune in barbers and I'm old enough to not give a lick who doesn't like it. There are precious few perks to being old. I'll take what I can get.