In the  previous blog I described how this banjo mandolin was dismantled, now let's look at how I put it back together, starting with a new vellum. I took this photo of the crown height of the original vellum head so that I had something to compare against if I encounter any problems making the new one. 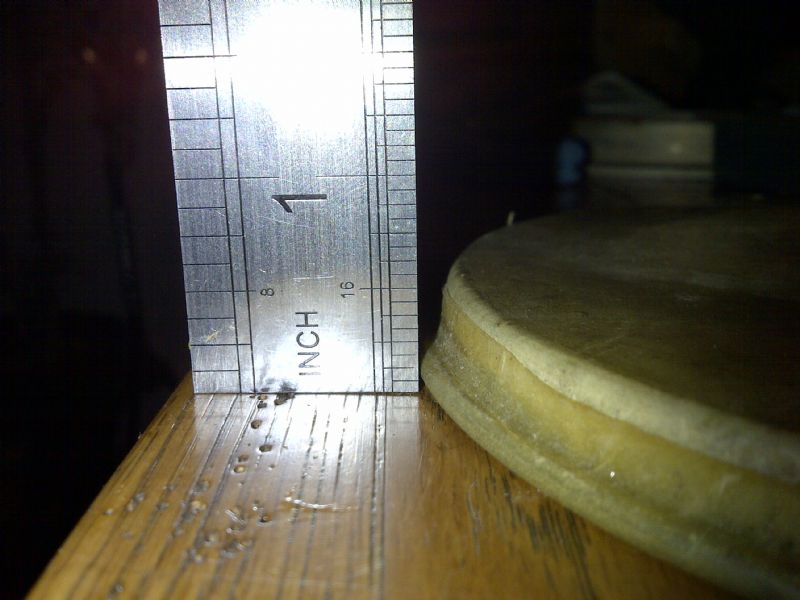 Once the old vellum had been removed I found the flesh hoop was not a complete circle - the two ends are not joined. Something needs to be done to keep it circular, otherwise the head could be too large, or the ends could cross and the head will be too small. 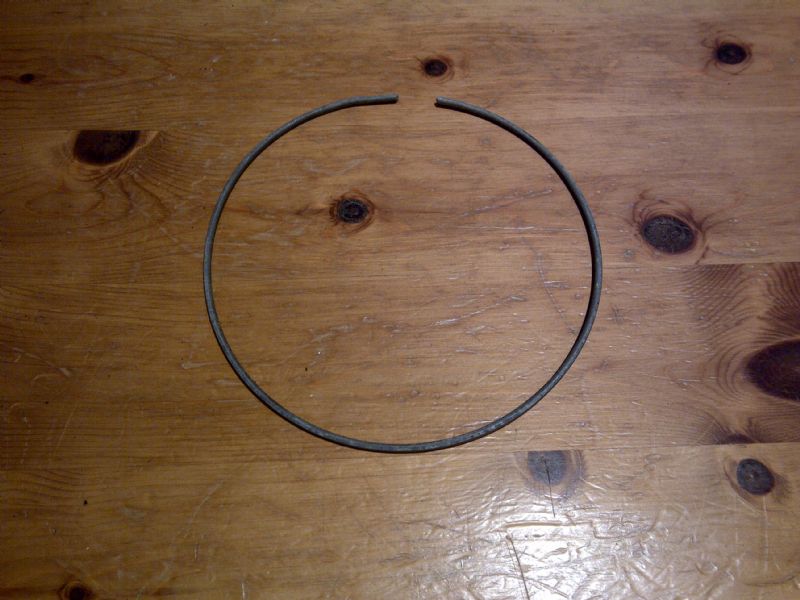 I think it could possibly be soldered but I don't have any skills in that department, so I improvised by using a small piece of the old vellum, and poured in some superglue. Superglue is very good at sticking things to skin as you'll know if you've ever got any on your fingers, so using it on the vellum seemed an obvious choice! 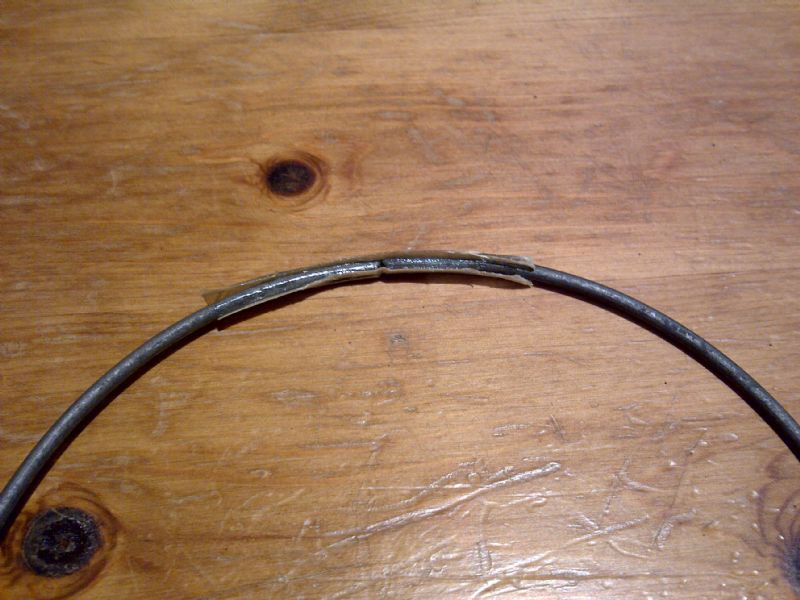 I had a spare vellum off another banjo which I'd replaced with a plastic head, so I cut that down to size. It was quite a thick piece and needed a good hour's soaking, even then it wasn't particularly stretchy but seemed floppy enough to start. I use the method described at andybanjo.com where the circumference of the vellum is dotted with holes using a holepunch, allowing a piece of string to be threaded through and used to draw the vellum tight in place on the flesh hoop. The head is then fitted onto the tonering and a little pressure applied via the tension ring, then left to dry for a day or two. 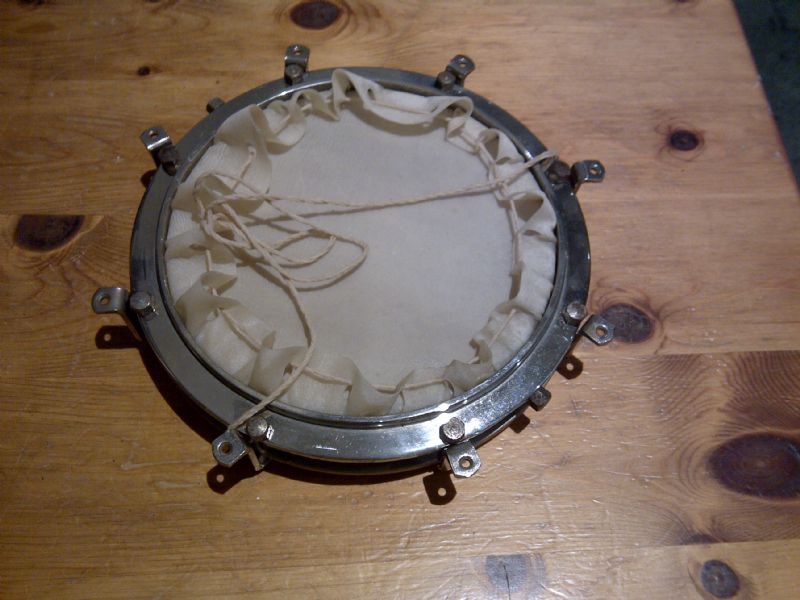 Before leaving to dry, check there are no folds in the vellum around the flesh hoop. 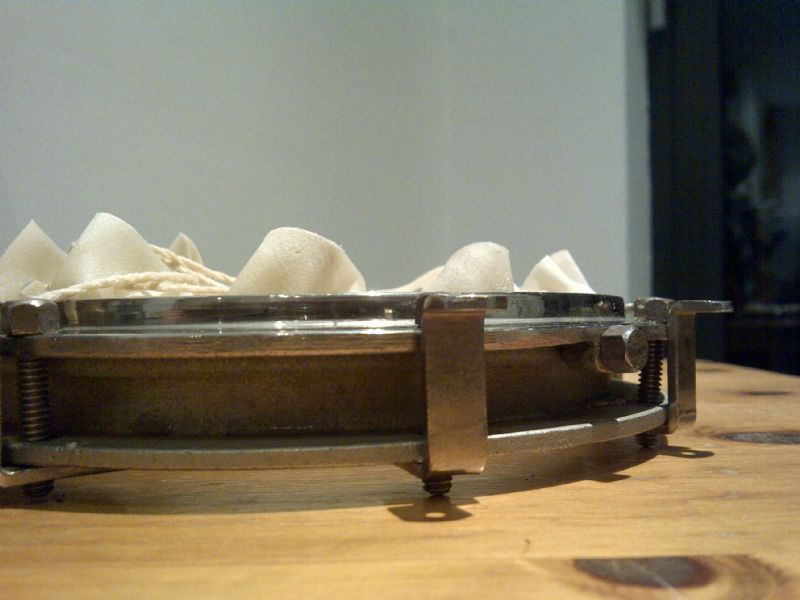 While tightening the tension ring I found the thread on one of the z-brackets had stripped. It's probably possible to retap the thread but I found an old square nut in the bottom of my toolbox and used that to tighten against instead. Only I will know it's there as the whole assembly will be inside the wooden rim and resonator. 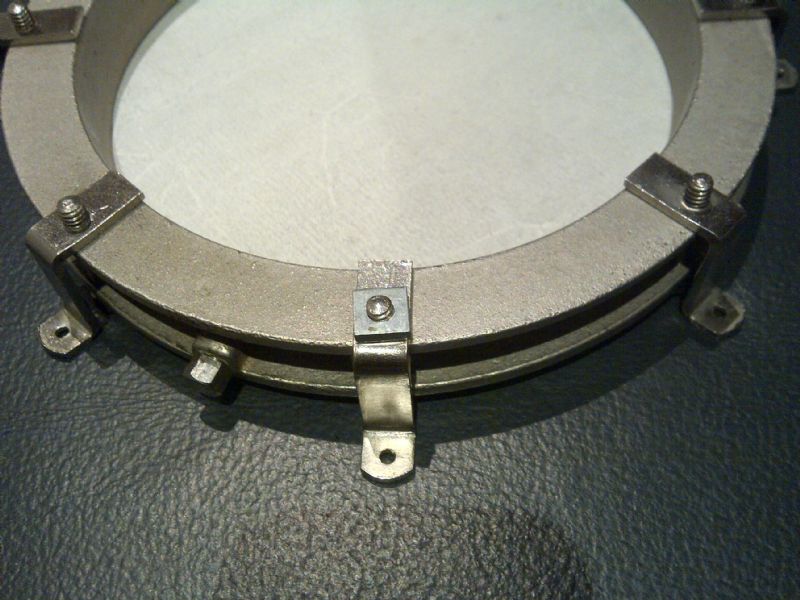 Once dry the drawstring is removed and excess vellum carefully trimmed with a craft knife. The tension ring is then tightened to the desired amount and the assembly fitted back into the rim. It's quite a tight fit and needs a bit of patience to get the z-brackets lined up with the original rim screwholes. At this point I also noticed some brown stains on the vellum where it touches the tonering, I think this is rust from the tonering as mentioned in the previous blog, I guess if this becomes a problem I'll have to take it apart and treat the rust - sand it off and paint it with some kind of sealant. 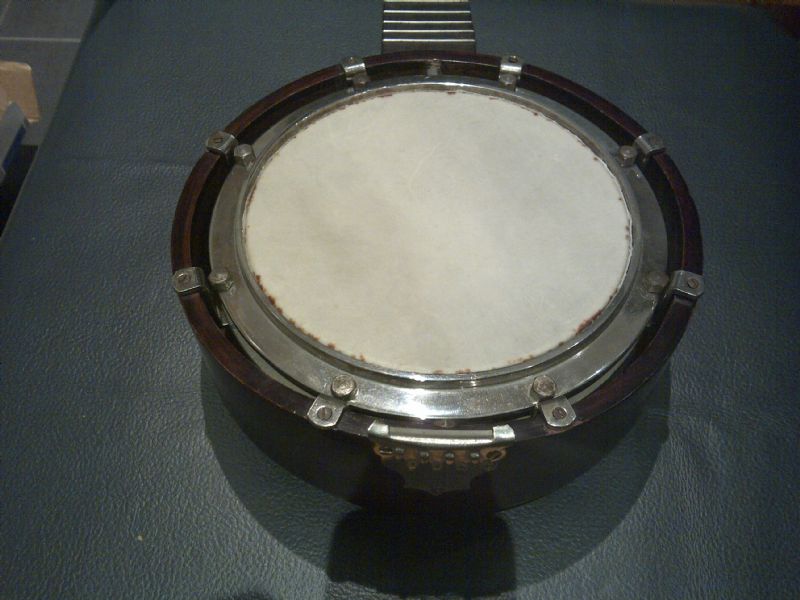 Next job is to fix the tuning machines, several knobs are missing and the ones that are left look like they are about to disintegrate too. 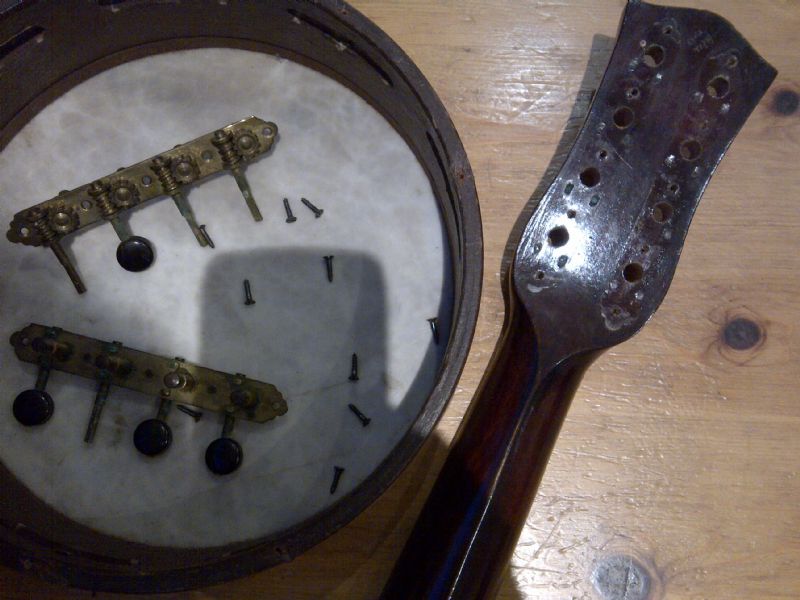 I'll save the story of what I did with the tuning machine for the next blog...


Be the first to comment on “Zither Banjo Mandolin Restoration #2”