A check-in on the Banjo versus TV project — J.R.'s ongoing plan to spend more time on his banjo than on TV. This post covers 8/15/2010 through 8/21/2010. J.R. has fallen way behind in his banjo blogging but is in catch-up mode and is rapidly gaining on the present week. 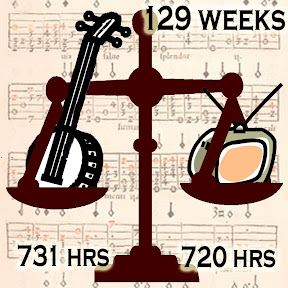 (I'm going to do us all a favor and censor some of the nastier photos in this blog entry. Watch out for those external links, though. Yuck.)

My hideously deformed toenails will help me become a better banjo player.

Before I explain how this is good for my banjo playing, let's look at this timelapse of two months of growth of a human fingernail following an accident...

...and consider some educational bullet points about fingernails and toenails. (Thanks, Wikipedia!)

When I started treating them several weeks ago, the nails of both of my big toes had been infected with a fungus. (Onychomycosis, probably.)

To treat them I'm following the advice in the wikiHow article How to Cure Toenail Fungus With Vinegar. Basically, you soak your toenails in vinegar once or twice each day for 10-15 minutes per soak. In such an acidic environment the fungus is unable to infect the newly-grown cells. Eventually the old, infected cells will be pushed forward to be clipped away and the fungus will be gone, leaving behind only nice, beautiful toenails. As you know from the above bullet points, that process will take 12 to 18 months.

I've decided to make the best of an ugly situation and use this toenail thing to my advantage. I've placed in The Fortress of Banjotude (which I described in last week's entry, remember?) a 9in x 13in baking dish with cover... 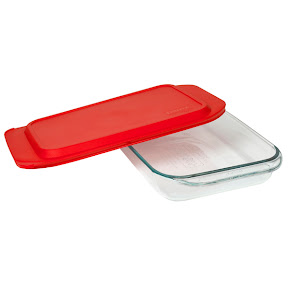 ...that's just big enough for me to put my feet into. I keep it stocked with enough vinegar to cover my toes. 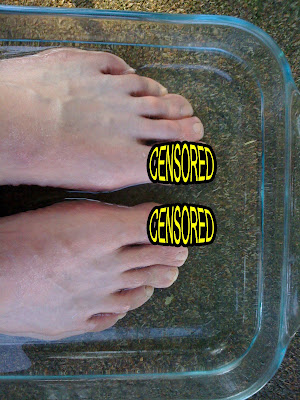 Once or twice a day I set a 15-minute timer, soak my feet in the vinegar and (on the good days when I'm not sidetracked by other stuff) practice my banjo. 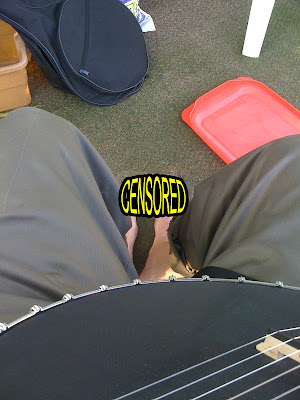 It's been working nicely so far. The last several weeks of new nail (approximately an eight of an inch) are pink and lovely, a severe contrast to the nastiness of the old nail material.

My banjo's sounding better, too.

I was on a trip out of town (kind of in the middle of nowhere, really) when my banjo developed a problem. The hole for the fifth string tuner had apparently widened and the tuner kept slipping out. 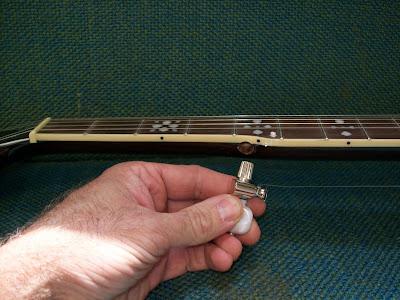 Fortunately there was a pile of wood chips nearby... 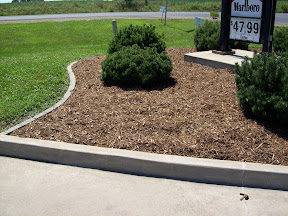 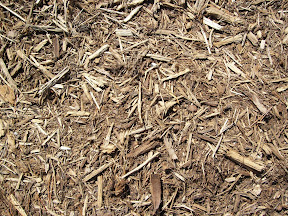 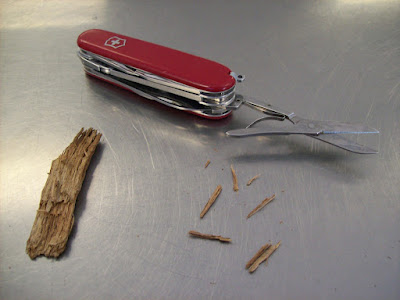 ...so I was able to create a tiny shim that wedged the tuner into place until I could get back to civilization and effect the proper repairs.


2 comments on “Banjo versus TV week 129: My hideously deformed toenails”

For the toenails, I use antiseptic bleach in hot h2o, in the bathtub. The banjo takes on a different sound in the small bathroom.
jk