Banjo versus TV week 118: The nut that holds the picks 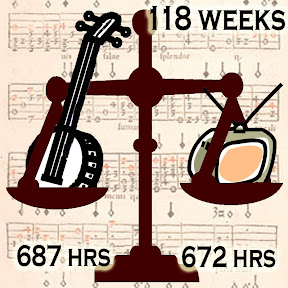 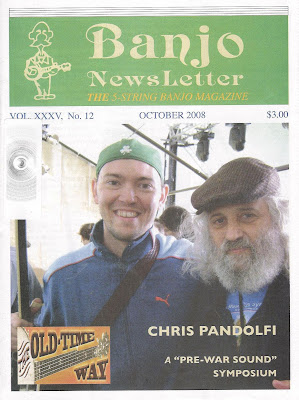 I've been thinking for a while that I needed to put more energy toward improving my banjo fundamentals. This week I read something from the October 2008 Banjo Newsletter that clinched it.

A few of this issue's articles dealt with how to get the "pre-war sound" from a banjo. Various banjo luminaries were asked to opine on the topic. Some opined that various aspects of banjo composition were key to the pre-war sound; for example, Geoff Stelling said it's the age of the wood.

But I think the best answer, put forward by several people, was that the pre-war sound is mostly about the player.

The attack — exactly how Earl picks the strings — is a critical component of the sound of his banjo. And while this may surprise you, he carries that sound to other well set-up banjos he plays.

Back in 1985 when I was working with Gibson on the development of the Earl Scruggs model banjo, we had prepared several banjos for Earl to play. As I sat there listening to him pick one each on, it was apparent that the sound from each of them had one major thing in common: Earl!

[M]y conclusion is that by and large the most important component in the sound of the banjo is the nut that holds the picks.

If I want my banjo to sound better, I've got to improve the quality of that nut. With my banjoversary approaching it's a good time to take stock of my banjo practice habits and to make some improvements. Stay tuned.


Be the first to comment on “Banjo versus TV week 118: The nut that holds the picks”