Banjo versus TV week 117: The Ballad of Bering Strait 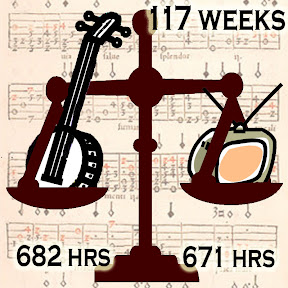 I watched the film The Ballad of Bering Strait (and you can watch it too, for free, on Hulu). This 2003 documentary follows the Russian "redgrass" band Bering Strait. 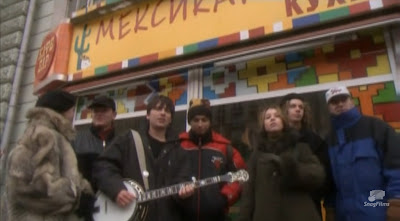 It's a little bittersweet watching this film about a group of kids trying to make it to the big time when I knew that the band would break up due to lack of sales only three years after this film was released.

But there are some great scenes, like this one of banjo player Ilya Toshinsky trying to explain his bluegrass set (Natchez Trace and Foggy Mountain Breakdown) to the faculty at a traditional Russian art academy. 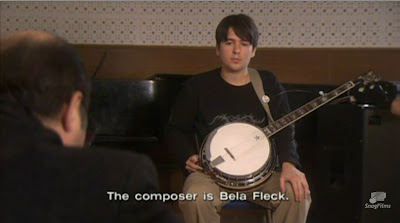 
Be the first to comment on “Banjo versus TV week 117: The Ballad of Bering Strait”