Banjo versus TV week 115: Gotta get me some mutes 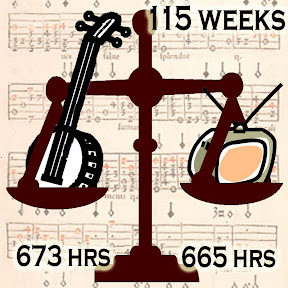 I was in better health this week. I got in some actual practice and went to my first banjo lesson in a few weeks.

I also went a little mute-happy. I already own...

...but I'm in an experimenting mood. So I've ordered up...I'll let you know how they compare. 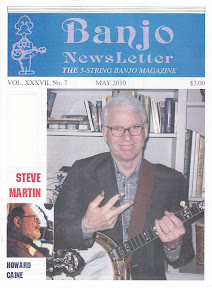 Stuff from the May 2010 Banjo Newsletter:

David is in the middle of some heavy-duty dental stuff and had his jaw wired shut, which made for an interesting lesson. It made me realize how much of my lessons I spend chit-chatting instead of playing.

So we concentrated on Dueling Banjos, which allowed David to demonstrate a bunch of things to me without having to speak much.


Be the first to comment on “Banjo versus TV week 115: Gotta get me some mutes”

'A New Musical Artist From The Yukon' 46 min