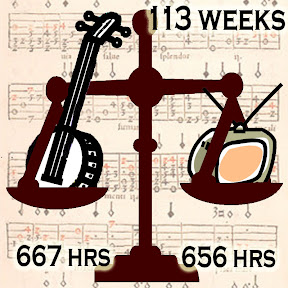 It's been a sick week, mostly, as I've been down with some kind of cold-like viral infection. Blah.

But I wasn't going to let a little thing like that keep me away from seeing Tom Nechville, the creator of my beloved Nechville banjo, doing a workshop at the Different Strummer in Chicago.

Here's how they promoted the event: 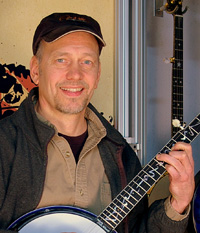 Free! Go beyond ordinary banjo setup conventions and learn what really makes the banjo sound its best. Tom Nechville will shed light on little known problems in traditional banjos and divulge his solutions to common banjo problems. Plus hear the different tonal possibilities of a Nechville during a live mini-concert with local players. For more info on the workshop click here. Thanks, hope to see you there.

Which is all well and good, but what I really wanted was to see Tom work his setup magic on people's banjos the way he'd done it for my Oscar Schmidt banjo last year. And he didn't disappoint. I love seeing Tom take a banjo, tweak it a little and make it sound great. Which he did, a couple of times.

He also showed off a modified version of his low-tuned Atlas. 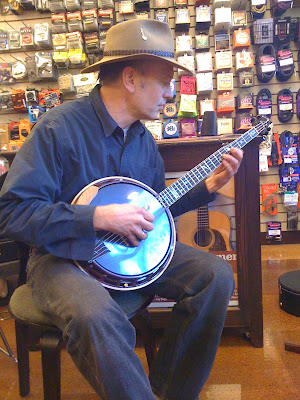 And after the inside show ended, he moved out the the street and tweaked my banjo a bit. 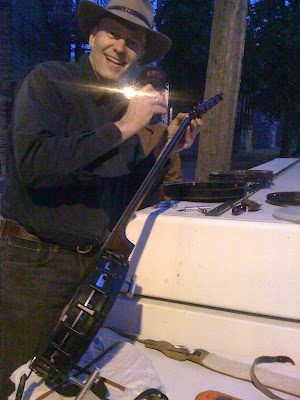 Talking with Tom, I learned a little more about how Kyle James Hauser had set up this banjo before he sold it to me.


Be the first to comment on “Banjo versus TV week 113: Tom Nechville, street luthier”

'Advice for an absolute beginner in Adelaide, Australia' 3 hrs