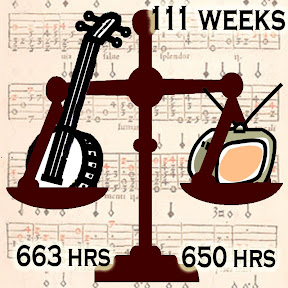 I've been thinking about modifying one of my cheap acoustic banjos to make it electric so I can practice quietly. And maybe so I can connect it to a loop pedal.

Which is why I've been learning about electric banjos this week.

David, my banjo instructor, showed me how he outfits his acoustic banjo with a magnetic pickup (a Fishman Rare Earth Banjo Pickup) that goes inside the head, attached to the coordinator rod... 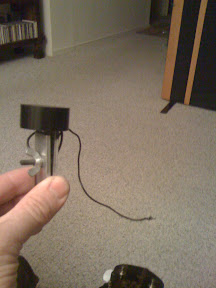 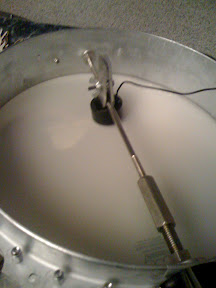 ...which is paired with a metal shim placed on the other side of the drum head, under the bridge. The pickup detects the movement of the shim.

That's a good way to electrify a banjo if your goal is to perform on stage. But since I want to do quiet practice, that's not the way I'm going to do it.

Actually, that's not the way I'd do it even if I were planning on performing on stage with an electric banjo. If I were going to do that (and yes, I'll do that some day) I'd take advantage of the fact that I own a Nechville banjo and I'd purchase the Nechville Turbo Module... 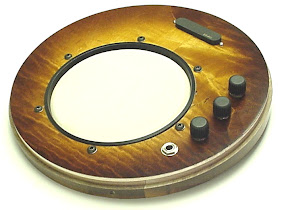 ...which is a swappable replacement head that turns a Nechville acoustic banjo into an approximation of the Nechville Meteor electric banjo.

Another pickup option is the Kavanjo Pickup System, which places two sets of five electromagnetic pickups right on the drum head.

I've got a lot more to learn about banjo pickups and such, but that's a start.

Update: I'd be remiss if I left out another electric banjo thing that David showed me – the 1976 jazz banjo album "Melting Pots"... 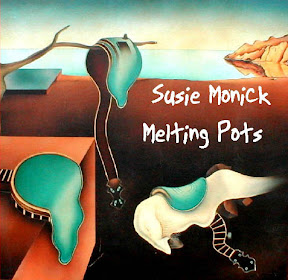 Susie played several songs (including Wicked Witch Breakdown, a variation on Cripple Creek that David and I had previously discussed) on a solid-body electric banjo which you can see on the back of the album cover. 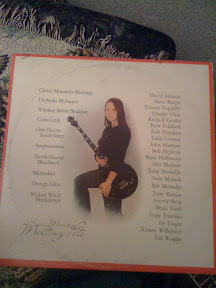 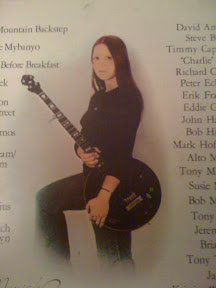 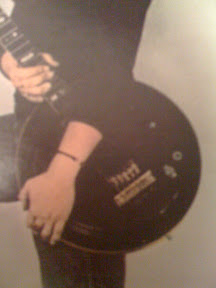 A solid-body banjo electric banjo doesn't have a drum to vibrate so there's no point in trying to detect the movement of the floating banjo bridge using a piezo pickup or a magnetic pickup with a metal shim under the bridge. It's got to be all about using magnetic pickups to capture string movement.


5 comments on “Banjo versus TV week 111: Learning about electric banjos”

A magnetic pickup will work fine when soft batting is used to damp most of the volume. The pickup works by sensing the string vibrations only. Your instructor may have a mag pickup that came with a thin steel foil strip that fits under the bridge feet- this takes the place of the string's vibrations, and puts the pickup in closer proximity to signal, so a weaker magnet can be used. Weaker magnets make for less feedback and noise.

The foil isn't needed if you buy a high output pickup and mount it close to the neck, not by the bridge.

Piezo pickups have a much weaker output, so they need a pre-amp most of the time. But a pre-amp can be turned way down in it's volume output level. Piezos are much more sensitive in picking up head and string vibrations than magnetics, and give a closer 'actual banjo tone' than magnetics. Neither is actually very accurate to the actual tone, which is so complex that it has yet to be digitally duplicated accurately yet.

No need to pull banjo strings. The pulling thing works on the heavy wound strings on a guitar, but the strings on a banjo are all so close together in overall gauge that pulling isn't needed. (unless you use nylon strings, which are very stretchy. It's good to pull them.)
regards,
stanger

Thanks, stanger, for the insight into pickups. I'm getting a better picture of how to construct my quiet practice banjo.

I'll keep the pulling advice in mind for ukuleles and guitars, which I'd like to learn to play some day.

Yup. And you can buy several systems that incorporate both. You can also buy systems that use a magnetic and microphone, and/or all 3.

When it comes to amping a banjo, I always used a piezo, but others have done fine with all of the systems. The thing to remember is none are going to be accurate, so the sound to look for has to be a thing you think works for you. As far as practice goes, it's no big deal about an amp, but if you perform, and amp becomes just as important as the pickup.

Alison Brown has the most natural sounding amped banjo I've ever heard, but it still doesn't sound like the natural banjo. She uses a mic mounted on the flange, but that's all I know. I'll bet she has a pickup under the head, and she's probably running the signal in different ways to her amp onstage and the house P.A.

This stuff can be super archane... sort of like making gold from tin. I experimented for over 20 years!

stanger, I did a little Googling and it sounds like Alison Brown has messed around a lot with electric banjo configurations. I'd like to learn more about what she's done.

I saw your description of her mic at http://www.banjohangout.org/archive/135559

Her Wikipedia entry at http://en.wikipedia.org/wiki/Alison_Brown says she's "known for a soft nylon-string banjo sound" so I wonder if nylon string are part of the sound you describe.

She apparently has a Nechville electric banjo that she designed (http://www.mudcat.org/thread.cfm?threadid=14333) which I guess is the Nechville Aurora Borealis Electric Banjo (http://www.herbdavidguitarstudio.com/catalog/product_info.php?products_id=3351).

'Advice for an absolute beginner in Adelaide, Australia' 3 hrs