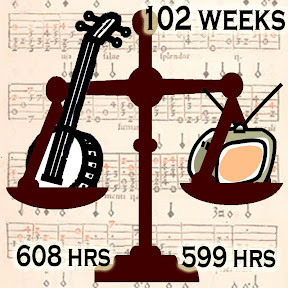 I went to Costello's Jam and am now 80% of the way to my free sandwich. See? 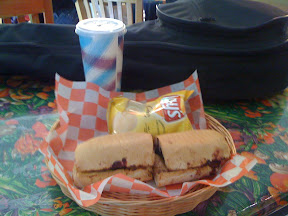 During one of my turns at the jam I decided to try Foggy Mountain Breakown, which I limped through.

My banjo instructor, David, was there and he declared it "daring" — which I took to mean "Good for you for trying a song that you clearly weren't ready to play."

So at my lesson later in the week, David had me work on Foggy Mountain Breakown using the version from Earl Scruggs and the 5-String Banjo. I can now play the first part pretty well and am working on the second solo, which has a lot of up-the-neck string bending and some tricky pinky work.


Be the first to comment on “Banjo versus TV week 102: Daring Foggy Mountain Breakdown”