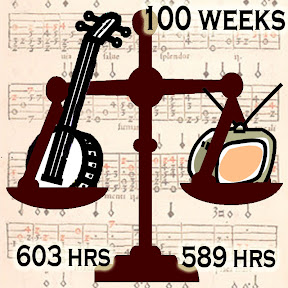 It was a busy week of non-banjo things. I did manage to attend David Bragman's lecture, "The Banjo, From Africa to the Suburbs" (which I mentioned previously). He gave a nice history of the American banjo experience.

But the lecture was also notable because I met the writer of one of my favorite songs. Here, I snapped a picture. 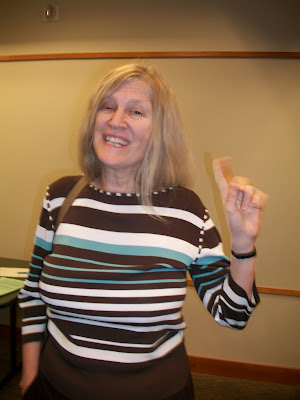 Here's how it happened.

Various groups of people were chatting after the performance. I joined a conversation already in progress to find that the people were discussing the song Mammary Glands. Since it was one of my favorite songs from the Dr. Demento Show I told the group how much I liked the song and sang the chorus:

Mammary glands - wo wo! Mother nature's dairy delight
You can't make cream or butter cause it's just a human udder
And a natural mammalian sight.

One of the people was particularly pleased to hear how much I liked the song because she was Kristin Lems, the song's writer and performer.


Be the first to comment on “Banjo versus TV week 100: Mammary Glands”