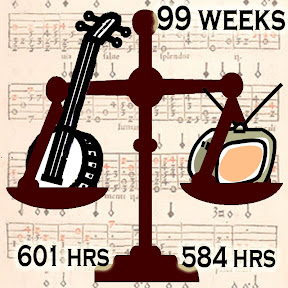 I ran across an interesting article, "Improvisation," by Harold Streeter in the June 1979 back issue of The Banjo Newsletter (I'd ordered it up for Jack Hatfield's tablature to Polka on the Banjo.)

[T]here is a definite difference between improvising and faking. The word "faking" defines itself well. Meaning simply that the player is not familiar with the song at hand and is therefore not in complete control.
...

Faking, then, is uncontrolled deviation from the melody, or to put it another way, coming in the front end of a song and hoping you make it out the back end in one piece with a smile on your face.

The capability to improvise upon a song simply means that a player has leared a song well enough in terms of its melody and chord progression that he can either play the melody straight or deviate from it by choice. The point is that the player is in complete control. He can take certain liberties with a song because he chooses to, not because he is unfamiliar with the song, which results in no options at all.

That makes a lot of sense to me. I've encountered a lot of banjo players who eschew tablature and wrote learning of songs in favor of playing along on-the-fly. Which, in Streeter's terms, makes them fakers.

A real improviser, to Streeter, will learn a song well and then riff on it at leisure. I like that idea a lot.


Be the first to comment on “Banjo versus TV week 99: Improvising versus faking”