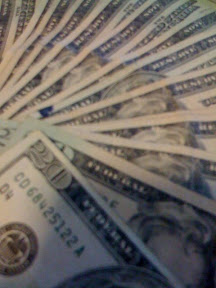 Hello, imaginary interviewer. Thanks for this opportunity.

You've earned it. What banjo song are you learning right now?

Why are you learning Feelin' Good?

This is one of the songs that I'll be playing as part of the Brass Note Jug Band on Saturday 11/14/2009 at Chicago's Second Annual Battle of the Jug Bands. Our instrumentation will be:

What recordings do you have of Feelin' Good?

What tab arrangements do you have?

I have the lead sheet that the Hump Night Thumpers posted on the songs section of their site.

After discussing it with my instructor, David, I'm going to just mess around on the jazz pentatonic...

and throw in a little string-bending.

110 BPM, since the rest of the band is practicing along with the Levon Helm recording. I don't think I need to follow the practice-at-20%-faster rule. Rather, I need to make sure that my groove is slow and steady.

In what key and what tuning?

Gizmo (Jacob Fishman) wants to sing it in G, just like Levon Helm. So that'd just be the basic g'dgbd' banjo tuning.

Which lyrics are you learning?

Same as Levon Helm. Though as I noted, Gizmo will be singing. I think he's going to have his daughter join him on stage for this song.

Anything else you'd like to tell me about this song?

Don't confuse this song with J.B. Lenoir's better-known I Feel So Good, which is all over YouTube.


Be the first to comment on “Learning songs on my banjo: Feelin' Good”