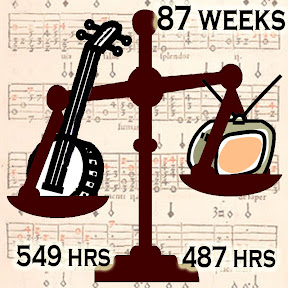 I went to a Halloween costume party and was asked to "bring your music stuff." I interpreted that pretty broadly, so I brought two banjos, two guitars, a gutbucket and a washboard. The costumers jammed for hours. (Pictured: Weeping Angel and a Viking. I wore my tool costume.)


Be the first to comment on “Banjo versus TV week 87: Halloween party jam”

'Steve Martin / Graham Sharp - What banjos are they playing?' 5 hrs