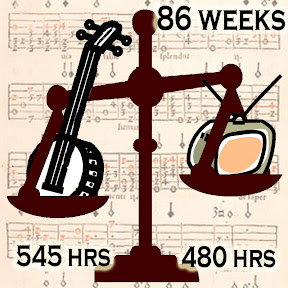 The Brass Note Jug Band is getting ready to compete in Chicago's Second Annual Battle of the Jug Bands.

We're a geographically diverse band with members from Tennessee, Oregon and Illinois. We won't get the whole band together to practice until the day of the competition so we're practicing by playing along to recordings from albums. Two of our recordings were in different keys than we wanted so I used Audacity to change their pitch to our desired key. 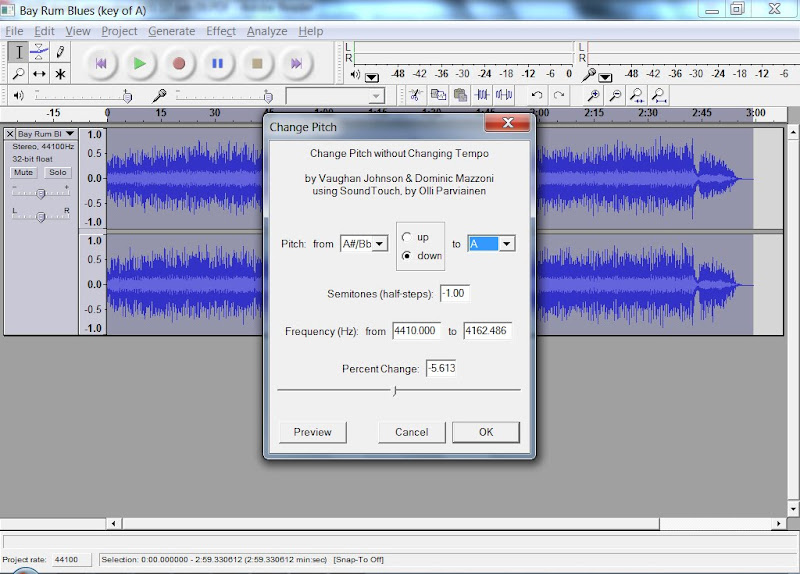 Then I put the songs onto my iPhone, changing the icons to remind me which instrument I'll be playing for each song. 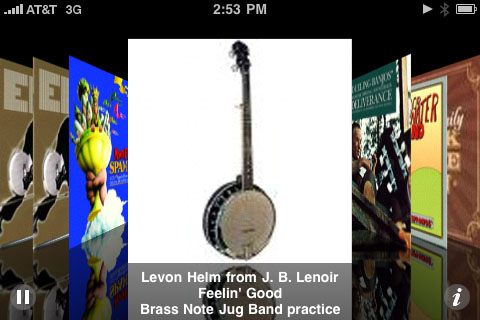 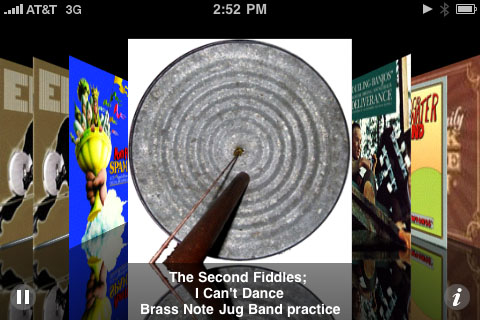 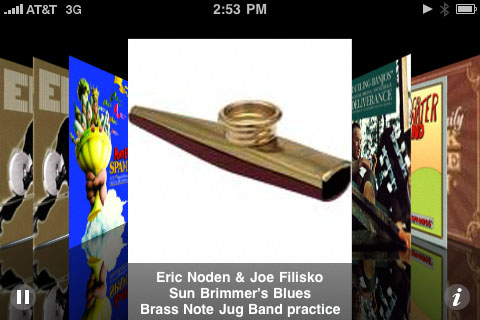 The big challenge for me will be the banjo part on Bay Rum Blues, which calls for the chords F#, B, E7 and A. I could do that without a capo...

...and the F# chord would require me to finally get good at switching to that F position, something I've been bad at for two years now. I already know A and B. That E7 would be easy.

Or I could capo at the second fret...

...which makes for still-easier chords. That F# is the same as the E chord I'm used to playing.

I'll probably go with the capo so I can try out a little up-the-neck stuff.

One other thing that's kind of a challenge: The kazoo part in Sun Brimmer's Blues, which you can hear here.


Be the first to comment on “Banjo versus TV week 86: Jug Band Battle prep and Steve Martin”

'Steve Martin / Graham Sharp - What banjos are they playing?' 5 hrs