Banjo versus TV week 84: Point your toe if you're going to tag the song 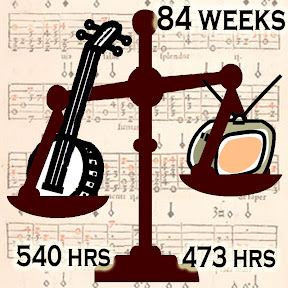 I went to Costello's Bluegrass Jam, played along and earned one more stamp on my sandwich card. 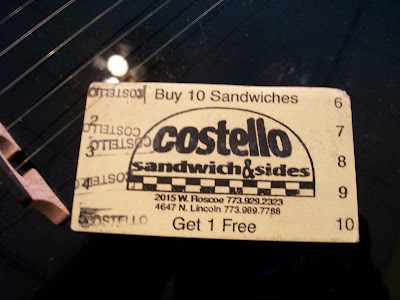 Only five more stamps until my free sandwich!

At the jam, Dale showed me a trick I haven't seen before. You know how you raise your foot to indicate that you're going to end a song at a jam? Like this: 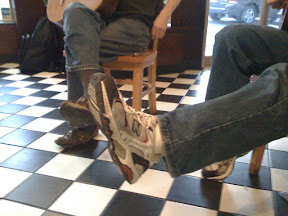 Well, Dale said that he went to a jam in Florida where they added a pointed toe... 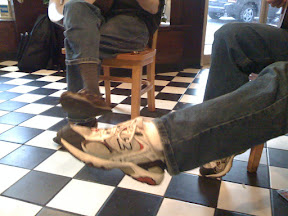 
Be the first to comment on “Banjo versus TV week 84: Point your toe if you're going to tag the song”

'Need information on this Bridge.' 1 hr

'how much is a StewMac Eagle banjo worth' 2 hrs

'If you're black, by Big Bill Broonzy' 4 hrs

'If youâre black get back' 4 hrs