Banjo versus TV week 65: Land of the Lost 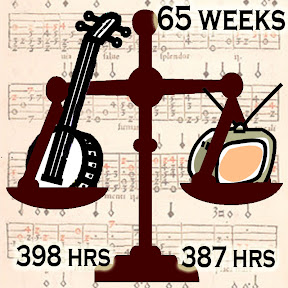 I've been pretty fixated all week long with the Land of the Lost movie that came out on Friday. Maybe it's because of the banjo music in the original series.

I was wondering who played the banjo on that show. Here's where Google lead me:

When the Land of the Lost: The Complete Series DVD set came out on Tuesday I was first in line to get in (because: of couse!) and I was happy to see a DVD extra of film director Brad Silberling interviewing Sid and Marty Krofft. Here's the banjo-centric portion of the interview: 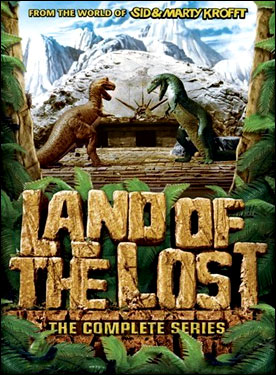 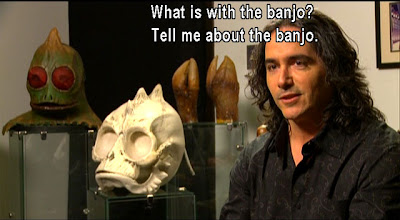 Brad: Okay, I'm going in right away with the big question. What is with the banjo? Tell me about the banjo. It's the most brilliant and interesting and odd choice for a key instrument, for a theme song, as a recurring instrument, for your underscore. I'm stealing it for my movie.

Sid: Well, I really think it was like two years before we did Land of the Lost, there was a big movie out there with Burt Reynolds. 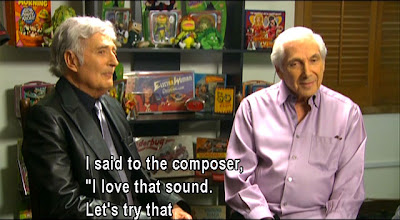 Sid: And Deliverance had a banjo all the way through it. So when we were scoring Land of the Lost, I said to the composer, "I love that sound. Let's try that to see if it works with the dinosaurs.". And Marty and myself really insisted upon... He saw the movie too and he said, "Wow, that's an incredible sound, so let's go for it." And it really, really worked. 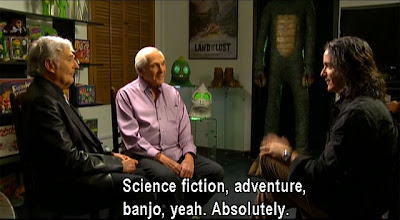 
Be the first to comment on “Banjo versus TV week 65: Land of the Lost”