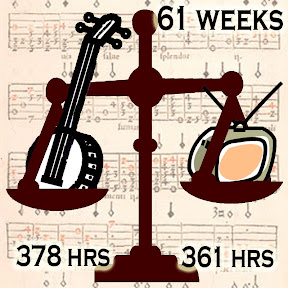 I've been looking for some portable speakers to use with my iPhone during practice. I really like the Sony SRS-T55 speakers that Arlo Leach uses when he teaches jug band. They have a nice sound and they're lound enough that the whole class was able to hear his jug band samples. Here's Arlo, using them in class. The problem is that they're discontinued and I couldn't find 'em for sale anywhere. So I've ordered up the Panasonic RPSPT70 Folding Travel Speakers and the Sentry Clamshell Folding Amplified Speakers to see how they work for me. My criteria are:

More about these speakers when they arrive.


Be the first to comment on “Banjo versus TV: Week 61”