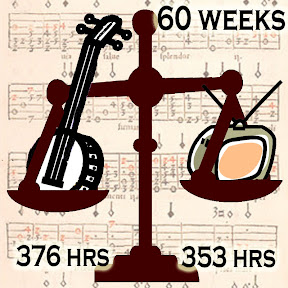 This week I reversed the trend of recent weeks by chalking up more banjo hours than TV hours, mostly because this week was a long goodbye to the founder of the Hump Night Thumpers, Arlo Leach.

Arlo (a.k.a. Holstein Slim) is moving to Portland, Oregon and is turning the reigns of the Thumpers to Jonas Friddle, who's the leader of The Barehand Jug Band.


Be the first to comment on “Banjo versus TV: Week 60”