Please note this is an archived topic, so it is locked and unable to be replied to. You may, however, start a new topic and refer to this topic with a link: http://www.banjohangout.org/archive/361806

This week, I’ve picked the tune ”Shenandoah Falls.” Fiddles play it in key of A, often cross tuned.

From the site formerly known as The Fiddler’s Companion (Traditional Tune Archive):

SHENANDOAH FALLS. American, Reel (cut time). A Major. Standard tuning (fiddle). AABB (Johnson): AA'BB (Phillips). Clyde Curley and Susan Songer, in notes to The Portland Collection (1997), traces the tune. Vermont fiddler Pete Sutherland learned it from West Coast musician Carol Robinson, originally from Sebastapol, Calif., who herself learned it as an untitled reel from a mandolin player named 'Cookie', once a fellow student with her at Sonoma State College. It is thought Sutherland titled it, perhaps thinking it reminiscent of Bill Monroe's bluegrass composition "Shenandoah Breakdown."

As someone who has played the bluegrass tune I can attest to its similarities but it is not the same tune. My recording is of my buddy Paul Perkins on his Huber banjo and myself on fiddle; it was recorded in my kitchen after a bluegrass practice but Paul plays it clawhammer. I can’t remember where I learned this one but it is a great tune and he and I play it regularly for dances.

Here are a few banjo-y versions from the Youtubes:

Noah Cline has several versions on the Youtubes

Janet Burton with a broken shoulder - she has at least two versions on the Youtubes and maybe will post another here.

There are not a lot of banjo centric versions on the Youtubes, so maybe that can be remedied with this TOTW.

One of my favorite tunes to play! banjered

One of my favorite tunes. I've played it a lot, and thusly have added quite a bit of variation to it, including a high B part. 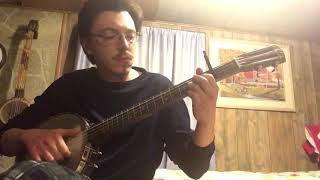 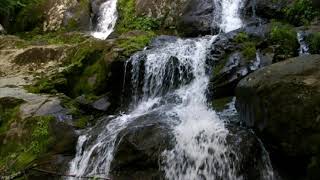 Cathy and Bennett are both such great players. What a treat...Jack   Also I love your playing Noah...

A wonderful choice, Billy, with excellent portrayals and intriguing history, as slight as we know it, of Shenandoah Falls. When I first heard maryzcox play it several years ago I loved the tune immediately. But I actually forget what source I learned to play it and my B part is different from everyone else's. So today I add the traditional B part the second time through. It's one of my favorite tunes ever (I include it my "Dwight Diller list of 20 tunes to play regularly" -- something he recommended we do to truly internalize our favorite tunes).

Janet--Here's the Shenandoah Falls recording you were mentioning. For this recording I used a low A tuning on a gut strung banjo.
The mountain dulcimer is tuned in EAA.
It's crazy amazing that you should pick out this tune at this time--what a coincidence--I just loaded this tune to Disc Makers to be on a new mountain dulcimer CD. Although the dulcimer usually makes it into a clawhammer banjo recording--its usually maybe one or two tracks --but since I have ll cds (soon 12)--mountain dulcimer players rarely hear them because they don't know where they are located--so I've gone in and gathered them together in one CD. Of course--there is always banjo too & fiddle and many other instruments--but I tried to pick the ones where you could hear the mountain dulcimer well.
Anyway--its just interesting you chose this tune as the Florida Banjo recording is over 12 years old now--but its still in print and folks still order it. :)

Thank for letting folks know about it,
Mary Z Cox

Nice playing, Billy! I've played this tune since maybe 1979 or 1980. I think I learned it from Pete Sutherland, but I might have gotten it from his source, Carol Robinson, who I knew back then here in Northern California. Carol had joined Pete's musical apple picking crew in Vermont, which, I believe, was when Pete learned Shenandoah Falls from her.  I'd ask Carol more about her own source for the tune to see if I could maybe track down "Cookie", but I haven't seen Carol in quite a few years. Here's a photo of Carol Robinson that I took in June of 1977. 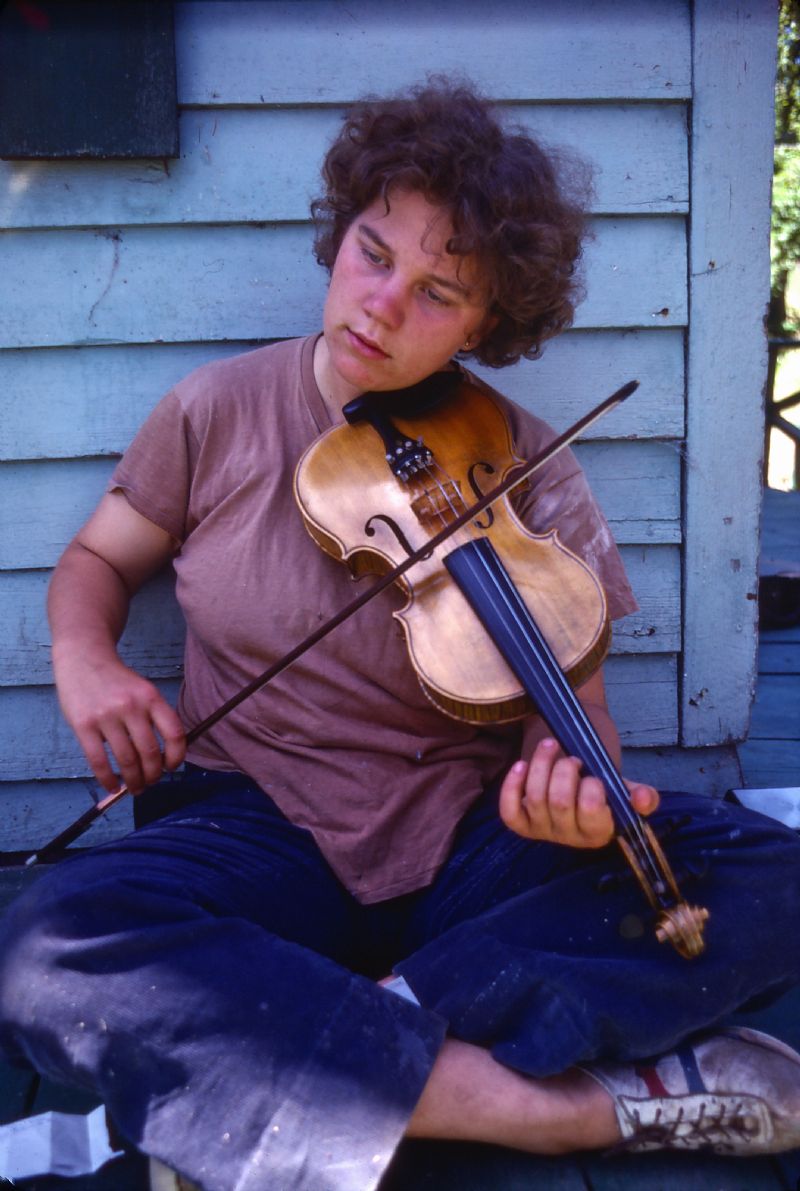 'Banjo outside it's comfort zone?' 10 min