Please note this is an archived topic, so it is locked and unable to be replied to. You may, however, start a new topic and refer to this topic with a link: http://www.banjohangout.org/archive/360580

I studied music at a small college in southern Illinois in the 1970âs. One of our professors, Ethelyn Sparfeld, brought in a great old-time musician from the Ozark Mountains of Missouri to help me with my banjo playing, his name was Steve Mote. He regularly played with the Stoneking family of Clinton, Missouri and learned the tune Willottâs Hornpipe from the fiddler Lee Stoneking. You can hear a recording of Lee on the Field Recorders Collective CD âLee Stoneking: Missouri Fiddling & Banjo Playing (Linda Higginbotham & Brad Leftwich collection)â. FRC 708. I suspect that Lee learned the tune from his father. Leeâs son Fred was also a fine fiddler and recorded the tune on his CD Saddle Old Spike.

Hereâs a recording of Lee Stoneking playing the tune on YouTube:

Hereâs a video of me playing it about eleven years ago:

Hereâs a link to the FRC CD:

Hereâs a PDF of the tab.


Iâve written about 500 tabs mostly for my students and Iâm drawn to the little idiosyncracies in each piece that somehow stick in my memory. In this one, the second âquestionâ phrase in the âBâ part extends to the downbeat of measure 23. I just love that phrase. It shortens the final âanswerâ phrase and really drives the tune hard into the root.

Brad Leftwich wrote this for the FRC recording:

âFor generations, the name Stoneking has been synonymous with excellent music in west central Missouri. Lee (1907-1989) was among the best, although his fiddling is not as widely known as that of his son Fred. Lee began learning from his own father around the age of seven. He played for countless dances and shows, and won many contests. His playing was clean, smooth, and strong right up to the end of his life. His bowing was elegant and rhythmically precise, and his arrangements were beautifully conceived and distinctively his own. These recordings, made on a visit by Brad Leftwich, Linda Higginbotham, and Kenny Jackson in 1985, include tunes not represented elsewhere, as well as samples of his fine up-picking banjo style.â

Drew Beisswenger wrote a short bio of Fred for the Old Time Herald:

âSouthwest Missouri fiddler Fred Stoneking was born in 1933, he grew up on a farm in Clinton, Missouri, in a large family of musicians.Â  His father Lee Stoneking was a well-known fiddler in Missouri who, when Fred was young, led various band configurations of his children for dance halls in Deepwater and Urich.Â  Community square dances were still held in homes during Fredâs childhood, and FredÂ remembered hearing fiddle music inÂ many doorways.Â  Fred fought in the Korean War in early 1950s, and after that lived in California, Wyoming, and for twelve years in Arizona.Â  He eventually moved back to Clinton, and worked as a welding foreman for 18 years.Â  He was primarily a guitarist until the mid-1960s, when he started to see prize money for fiddle contests rising.Â  He won his first fiddle contest in 1966, beating his father (who was proud of the fact).Â  After a short stay in Nebraska, he retired in Springfield where he focused more onÂ fiddle playing, judging contests,Â and fiddle repair work.Â  In nearby Branson he was occasionally seen playing at Silver Dollar City, the Shepherd of the Hills theater, and with the Horse Creek Band.Â  In 1996, Rounder released an album of Fredâs fiddle playing called Saddle Old Spike (Rounder 0381).Â  His children Alita and Luke have continued his legacy as musicians, and Alita in particular is known as one of the countryâs top contest fiddlers.â 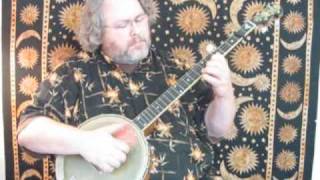 Tim, thank you for posting this wonderful tune. I always enjoy and learn from TOTW, this week’s choice of such a gem has inspired me to go pick it up and play it. I’m fascinated to know the tune’s origin and route into the Ozarks. Many (often now obscure and forgotten) hornpipes from the British Isles were titled after the surname of the person who came up with the melody. Maybe this is one of those obscure hornpipes that happened to be a personal favourite and continued to be played and through that got known and familiar in that area and was absorbed into the local repertoire? Maybe the surname in the title changed as it travelled and it got renamed after the local musician who played it? Who knows? If I get under my fingers fairly quick I’ll post up my take on it.


I totally know what you mean!  It's just stunning  how many times that can happen!

Jim, you're totally on point. This tune conjures a bunch of other tunes in bits and pieces.  It's often a challenge to find the one phrase (sometimes more than one) that makes each musical idea unique.  You'd think with basically 7 notes in a scale that there would be a lot more repetition.

Love it and your playing...Jack

This is a great choice for TOTW, a very sweet tune, and a great rendition by Tim. A friend of mine has been after me to learn this for awhile, so this is the push I need. When I started working with the recording that the first link connects to, which I already had, I was surprised to find it was in D. It's the FRC recording that is lower and slower. Hmmmm. The D version is from an LP called Echoes of the Ozarks, one of two self-produced albums that Lee Stoneking put out in the early 70s. The LRC recording is from a tape made by Brad Leftwich, Linda Higginbotham, and Kenny Jackson when they visited Stoneking in 1985. The recordings from that session were not issue by the FRC until 2015. It would not be the first time that a studio machine played back the original tape at a speed that was slightly different from the portable machine the recording was originally made on, which by now is probably in a landfill somewhere. The LRC recording is not quite in C, either, it's about one and a half semi-tones below D, not two. I got curious, so I raised the pitch of the LRC recording to D, which also sped up the tempo, and compared it to the 1970 version. Here they are back to back, the first one is the later LRC recording:

What finally convinced me that he was in the same place on the fiddle both times was the final D in both renditions; to my ear, the note in both places has the depth and overtones of an open string, which would be the open 3rd if the fiddle is tuned in standard. But, I can make an argument for C, too. The opening jump on the 1st string is clearly a slide on the 1970 recording, but it sounds more like a hammer, so to speak, in the 1985 recording, going from the open E to the G by fretting the open string. I don't really hear a slide in that newer recording.  Of course, he could just be stopping the notes with two different fingers.

I've attached my own first attempt below. A little shaky, and not up to speed yet, but this one is going to take me awhile.

A wonderful choice, Tim, and nice to hear your lively clawhammer, as well as Don's intricate, sweet picking. I found it in my Ozark's Fiddle Music by Drew Beisswenger and Gordon McCann along with six tunes notated and a nice biography of Lee Stoneking (1908 - 1989).  His son Fred said that "on the day his father died at the age of 83, he could still play smooth as silk." The notes confirm what Jim sensed:  "This is an example of a tune that, on one hand, stands alone as a distinctive and dynamic tune and, on the other hand, seems to have connections to many other tunes."  Tunes suggested are Sweet Ellen, Dubuque, Possum Up a Gum Stump and Muddy Road to Kansas to name just a few related tunes listed on page 145.

The notated version in the book is in the key of D.  When I listened to Lee Stoneking's recording on the link provided above, I heard notes not in the major scale, giving it a modal sound at times.  Instead of working it out in double C tuning (which I'd then most likely tune up to double D if in a jam group), I went to open G and play it tuned down on the cello banjo. Awesome, Don! I'm always impressed with your ability to understand and distill a tunes essence and play it with the impossible math- 3 fingers, 5 strings, 8 possible 8th notes and 22 frets. I really admire your musical sensibilities.

It has been a good month for Missouri tunes.

This adds absolutely nothing to the conversation, but, I think the name Stoneking is a great name. It's like something out of an adventure novel. . .