Please note this is an archived topic, so it is locked and unable to be replied to. You may, however, start a new topic and refer to this topic with a link: http://www.banjohangout.org/archive/293497 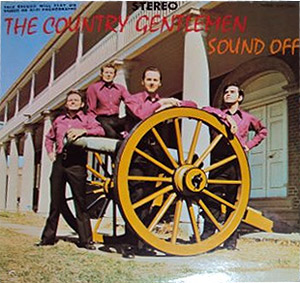 
"Fox on the Run" doesn't have the provenance of a typical bluegrass tune. Written by English singer/songwriter Tony Hazzard, it was first recorded by the pop/R&B English band Manfred Mann and released November 29, 1968--it reached #5 in the UK pop charts by the following month.

The great Bill Emerson brought the tune into the bluegrass world when he recorded it with The Country Gentlemen on their 1970 "Sound Off" album.

In 1976,Tom T. Hall covered the song on his Album, "Magnificent Music Machine", where it reached the #1 position on the Billboard Country Charts.

I found quite a few live versions of this tune on YouTube, but didn't find a lot of album recordings from different bands, which is a little odd. If you know of any good versions I didn't include in the playlist to the right, post 'em below!

Incidentally, the British glam rock band Sweet recorded a tune by the same name in 1974 (since covered by the Red Hot Chili Peppers and other bands). But it's not at all the same song.

I've heard this tune played in keys ranging from G-C. The recordings I've found of Emerson are played in B or C, but like any vocal tune it needs to be played in a key that works best with your vocalists.

She walks through the corn leading down to the river

Her hair shone like gold in the hot morning sun

And left me to die like a fox on the run

Everybody knows the reason for the fall

When woman tempted man down in paradise's hall

This woman tempted me, and took me for a ride

Like the lonely fox, I need a place to hide

We'll pour a glass of wine, to fortify our soul

We'll talk about the world and friends we used to know

I see a string of girls, who'll put me on the floor