Please note this is an archived topic, so it is locked and unable to be replied to. You may, however, start a new topic and refer to this topic with a link: http://www.banjohangout.org/archive/289442 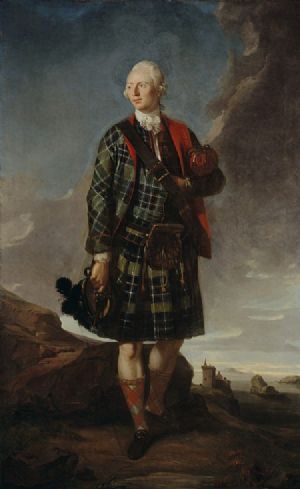 
This week's Scruggs-style tunetorial features an old and very popular fiddle tune, Leather Britches. It goes by other names as well, including "Leather Breeches" and "Old Leather Britches" (that's what Flatt & Scruggs called it).

Musicologists generally agree that Leather Britches is the American version of Lord Macdonald's Reel, a Scottish tune first published around 1790 and composed by Sir Alexander Macdonald.

According to the Fiddler Companion's massive writeup on Leather Britches, ​"the earliest version of “Leather Breeches” in print (under that title) appears in numerical tablature in Music for the Piano Dulcimer by R.J. Rudisill (of Missouri), published by Stedman (New York) & Milton (Kentucky) with a date of 1859, sold by L.S. & H. Wade. The volume, says Paul, was apparently written to accompany the dulcimers manufactured by the Wades in Chautaqua County, New York."

In Bell Wiley's book "The Life of Johnny Reb" he lists Leather Britches as one of the popular tunes played by the Confederate army.

Typically played in the key of G.

I've never fooled with this one as it is pretty much just backup...Mick G has a very good tab of this one...Jack

The Flatt & Scruggs Carnegie version is the answer to the question: "How do I back up a fiddle tune?"  You can hear everything Earl is doing, and, well, it's Earl.  'Nuff said.

What a great pick, Eric, with amazing historic versions you've included.  I've been fascinated with this tune for a long while.  Here's my simple melodic take on it, but it takes more nimble fingers than mine to play as fast and smooth as Dave in the previous post!

Both Earl and John Hartford did wonderful versions of this backing the fiddle.  One of the only tunes I tried to learn Earl's part note for note.  I love Earl's descending chromatic run and, while I was still a Scruggs style player, I probably over used it... stuck it in everywhere I could.

The first two measures make a good "beginning of the end"; right before "Shave and a haircut."

*It's spelled a couple of different ways on the album cover.

'Elisabeth Cotten and the banjo' 24 min

'The descendents of those that fell ' 2 hrs