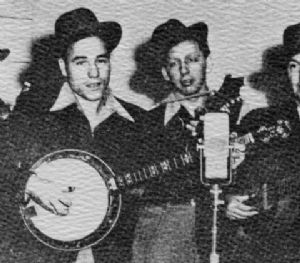 That sure was a special time.

How come it doesn't have any binding on the neck is that after he sanded the neck down? And the inlay pattern, ain't that like Wade Mainer's except for the Mastertone block down near the head? Was Sonny's Granada originally like that?

'Hughes banjo restored one of a kind' 1 hr