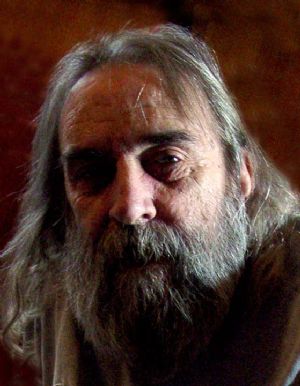 I never got to meet Bobby but I always loved his pickin'. I will always have the cd Bobby autographed for me, I thought that was pretty good of him to do.

I just looked at the first couple of Bobby's pictures and almost immediately recognized him as the picker on Hee Haw who never seemed to smile. What a hoot to finally know who that fellow was/is. I imagine he started smiling a lot when he met you. Best Wishes!

bobby and i both started smiling again when

we met up with each other.  the smiles didn't

leave until he left the world.  we had a lot of

laughter in our lives - one of the many things

about him i miss.

hi Judy. I play sum of bobby,s lick,s, he played so great melodic blues run,s. I was sat down this after noon reading an interview that bobby had with Tony Trischka. I put my pc on to have a look at banjo hangout , the fist name i went on was your,s, what a coincidence. One night i was playing at a jam, this guy came up to me, he said, hay man you play some great lick,s, i told him they were Bobby Thompson lick,s he said who,s that i did not ansuer him. If i play till im 80 year,s old, i hope im half as good as he was all the very best. and god bless. john.

'Feedback request: Bury Me Beneath the Willow' 1 hr