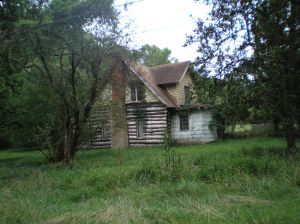 Black Fin was one of my great grandmother's uncles. All her uncles (brothers too) were about the wildest bunch you ever saw. The settled the border area between Kentucky and West Virginia in the mid to late 1800's and stayed there well into the 20th century. Great rugged country, some of it still in the family. Anyway, Black Fin (real name Finley) wound up as a law man in Wayne County, WV and they found him one morning on the bridge to Louisa, KY with his head knocked in. The murder went unsolved, though supposedly they knew who did it and couldn't prove it. No one knows why they called him "Black Fin" but you know there has to be something to it. Tell me there ain't an old banjo song in that story somewhere? ;-)

'Long, but interesting explanation of the Q-Anon methodolgy.' 26 min

'Yet another drum dial question' 50 min