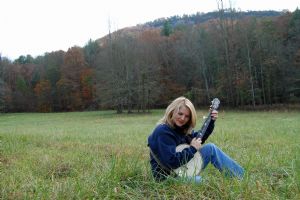 It looks like a beautiful place to live!  I can even see some color in the trees.

Is this your steading or a reserve? looks some nice place.

Great picture! It really is beautiful country down there! Some might refer to it as "gods country"!!!

looks alot like va. where i live .....cant beat them mountains .

you're lucky to be so pretty...

... I know, I wasn't suppose to notice... I'll probably get my PC standing challenged