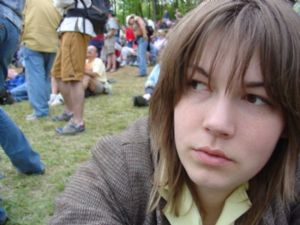 Merlefest 06. my first one

What other festivals do u attend? I've never been to merle fest...was it a good time? ... I just realized that we enjoy a lot of the same bands...Taker' easy and keep on pickin' on.

'06 was my first MerleFest too; so good I went back this year. Did you get to see Gillian Welch and David Rawlings last year? Terrific show and a greater crowd of fans showed up at Creekside for that treat. Best Wishes, Ken

When I built for Gallagher guitars from '00 to '04, I got backstage passes to Merle Fest every year because we were a sponser.  I got to meat Doc Watson and a ton of other greats.  I had so much fun.  The stage performances, vendors, and activities were so much awsome.  However, I think I had the best time in the campground, jamming all through the night.

We'll be at Merle fest this year. Y'all gonna be there?