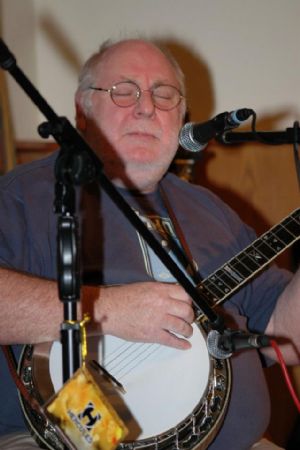 Congratulations to whoever captured that pic...
Chris Muriel, Manchester (well, normally- working in Orlando this week)

Joe, at our Wendesday night jams I have an habit of closing my eyes, I put it down to the lager....

I'm not going to go against Dr. Ken's professional opinion. Trust him - he's a doctor!

I can think of quite a few captions for that photo. None of which are complementary.

a man in love with his banjo

'Why are some National finger picks so expensive?' 2 hrs

'Want to learn Banjo, but which banjo to start with? (Netherlands)' 3 hrs