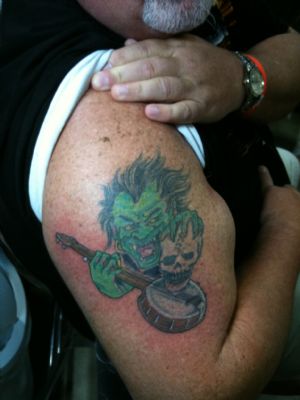 Wicked Donnie! Only on the hangout can you get props for cool tats and free medical advice on the same page! lol. Better listen to 'ol Doc Ken.

Thanks doc. I will do just that.

Hey Donnie, I have a banjo down the back of my right arm. Skull involved nearby as well. Southern IN

'Cambridge Forum - Stephen Wade: The Beautiful Music All Around Us' 40 min