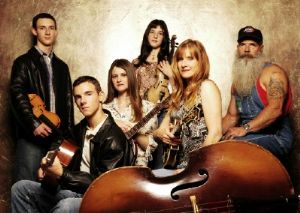 Last I heard..they have disbanded...well sort of...the kids are tired of touring and I guess they have retired the band.

That's too bad, although I certainly can understand it. I imagine alot of young folks, who were put in the spotlight at an early age, get fed up with the lifestyle of being constantly on the road and performing.

Havn't heard of Steeldrivers, but I'll look them up on Youtube or something...thanks for the lead :-)

I saw Cherryholmes last summer and they put on an awesome show. I loved it and Cia is amazing and easy on the eyes if I say so myself.