Having just returned from a weekend trip to Knoxville this week's blog features Jerry Butler. He graduated from Gibbs High School well noted for turning out some fine country and bluegrass musicians including Kenny Chesney.

I hope you'll enjoy reading about Jerry and see if you can catch him in action at one of his many performances.

Over the years, Butler has performed with Lynwood Lunsford and the Misty Valley Boys, the Joe Isaacs Band, the Blue Valley Boys, and Pine Mountain Railroad. ...Lorraine Jordan and the Carolina Road Band. 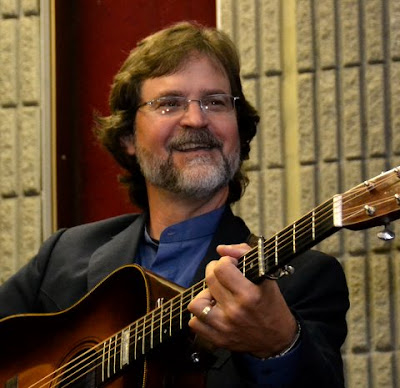 Today I also highlight; MUSIC ON THE TRACE. The Trace Traditions will be performing Saturday, June 23 at "the cabin" at the Natchez Trace Information Center milepost 102. For more details call (601) 898-9417 or click here courtesy WLBT channel 3 Madison, MS.

Hope to see you all there...Jackson Mississippi is placed along a 400 mile stretch of pavement that extends between Nashville, Tennessee and Natchez MS. The city of Natchez is located South of Vicksburg.

The parkway allows drivers to take in the beautiful nature once populated by native Americans. On my next venture to Nashville, I'll be taking the parkway. It's a non-stop stretch with a speed limit of 55mph so it's more suited for wanderlust than getting somewhere fast.

Take a moment and peek at the rich heritage of the trace thanks to Wikipedia.


Be the first to comment on “Southern Bluegrass Musicians III and The Trace Traditions...”

'Old-time On A Resonator Banjo' 7 hrs