Please note this is an archived topic, so it is locked and unable to be replied to. You may, however, start a new topic and refer to this topic with a link: http://www.banjohangout.org/archive/362737

In the beginning of the 1970’s I bought a vinyl LP Early Rural String Bands (RCA Victor LPV 552) which contained a lot of nice Old-Time music, most of the recordings were from the 1920’s – more than 90 years ago! You can listen to the whole album here . One of the tunes that I listened a lot was Jaw Bone by Pope’s Arkansas Mountaineers (at about 20:30 on the Early Rural String Bands recording above) or here  . It was recorded 02/06 28,  92 years ago! I listened a lot to the whole recording during the 1970’s, but in the mid 1980’s I hang the banjo on the wall and did not care about OT music for two decades, but in 2005 I started listening and playing again.

When picking up the old memories I recalled that old recording and some years ago I found some new takes on Jaw Bone, for example by Bruce Molsky  (and a here). He seems to call the tune “The Old Jawbone”.

There are also a lot of other good versions of this old Jaw Bone. Here are some other takes of the same Jawbone version:

Jaw Bone (#1) is played in the key of A, with a little modal flavour (Mixolydian mode) in the high parts but in major in the low parts: the 7th is played flat (G, third fret on first string) on the high part, but sharp (G#, fourth fret on the fourth string) on the lower parts.  There are some versions where also the low 7th is played flattened. There are other tunes, for example John Hardy and June Apple, that sometimes are played this way).

In 2005 when I began to listen and play again, I also bought some new banjo books. I bought Miles Krassen’s two books “Appalachian Fiddle” and “Clawhammer Banjo” which contained fiddle notation for “Jawbone” and clawhammer tab for “Old Jawbone”. When I tried to apply these on the old Jaw Bone version above, not a single tone or note was right! Instead, I found out after a while,  the Miles Krassen’s version were based on Henry Read’s tune “Jawbones”   which is based on the old minstrel tune “Jordan Am/Is A Hard Road To Travel”. To make it more complicated Henry Read also recorded another Jawbone that is presented as a “military schottische” and has seems to have no connections to the Jawbones I present here.

The minstrel tune is at least from around 1850, or earlier, and accounted to the minstrel musician Dan Emmett. There is also a version in Briggs’ Banjo Instructor (1855) (page 30 if you are interested). Also Uncle Dave Macon and the Fruit Jar Drinkers made a good version in 1927.

“Jordan Am A Hard Road To Travel” has already been presented as TOTW 5/7 10 by Bill Eckmeier.

I found this version by Alan Jabbour and Miles Krassen: youtube.com/watch?v=mT338vhZv8c, but it seems to be based on the Military Schottische  where both Alan Jabbour (who recorded and collected Henry Read) and Miles Krassen are playing Jawbone together (also BHO members Yigal Zan and Judy Muldawer participates in the jam).

Henry Read played ”Jawbones” in the key of G, but “Jordan Am A Hard Road To Travel” seems often be played in the key of C or D, for example Uncle Dave Macon played it in C# or Db youtube.com/watch?v=5BfC0xwP21o and the notation in Briggs Banjo Instructor is in D

Other nice versions of this Jawbones (based on Jordan Is A hard Road) are:

There are also other Jawbone tunes out there, but I think they have no connection to the versions discussed here. I mention them just because “jaw bone” seems to have been used I a lot several songs and tune titles and lyrics. There are some minstrel version for example: Walk Jawbone , De Old Jaw Bone . There is  also a nice classic banjo “Funeral March Of Old Jawbone”:

There seems to be different meanings of the word “jawbone” in the music connection. In old minstrel shows ‘jawbone’ probably referred to a stock character. The jawbone (usually from a cow, horse or donkey) was also a recognized percussive instrument in 19th century African-American traditional music and was employed by minstrel troupes.

Jawbone #1 is an easy tune but with a lot of possibilities to elaborate. I have made a tab, enclosed below, that are not too complicated. I have enclosed a tab, which include a super-easy bum-di-ty version, and a more elaborated version, but still very easy.

There is also a tab of Jawbone #1 (Pope’s Arkansas Mountaineers) on Taterjoes.com (where else?) taterjoes.com/Warehouse/Banjo/...wBone.pdf. 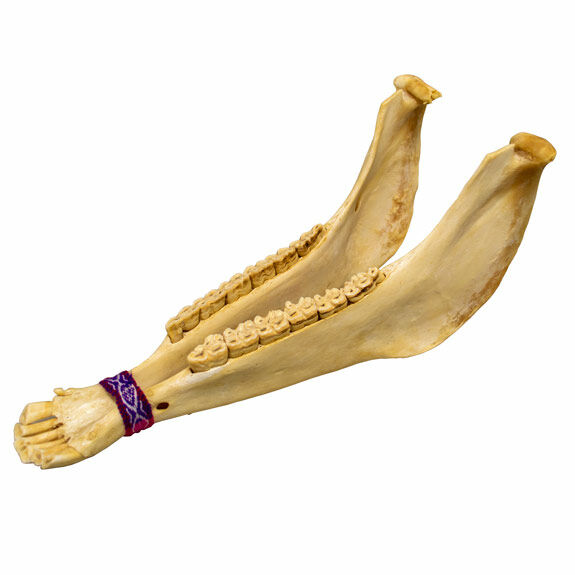 Great job, Jan....a lot to dig into!  I was just looking at the Miles Krassen fiddle book, and that tune sure didn't sound like the other ones by that name that I have heard.

Always looking for tunes that we can sing at jams, and Uncle Dave's Jordan is a Hard Road to Travel is fine one. I hope that we'll be playing and singing this sometime in June. Thanks!

One of my favorites Jan!!!! Well done, really great job!

So very thorough, Jan, thanks! There's more I can learn here...

But first I worked on Jaw Bone #1 using Bruce Molsky's recording. He's always faithful to the older resources and is so delightful a musician, with Allison DeGroot on banjo being an additional treat. My tab indicates capo 2 for the key of A, but it seems to be in the key of G.  Pope's Arkansas Mountaineers play it somewhere in-between. On the second time through I play half of the B part like he sings the chorus. Jaw Bone may be the name of the horse; it remains puzzling.  Here are some lyrics:

'If he dies I'll tan his skin,

And if he lives I'll ride again.'

Walk Jaw Bone and walk away,

Jaw Bone eat with a knife and fork

Hang my head in the highland, too

My wife died in Tennessee

Sent her jawbone back to me

Put that jawbone on a fence

Haven't seen nothing but a jawbone since

Here's my take on Jordan is a Hard Road to Travel. The chorus would be fun to sing, but the rest of it is a mouthful! 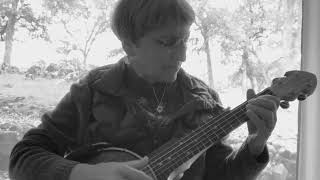 VIDEO: Jordan is a Hard Road to Travel (TOTW)
(click to view)

Jordan is a Hard Road to Travel

Hello all. First time submitting my playing for TOTW. I was inspired by Janet's version. I always learn a lot from your work. 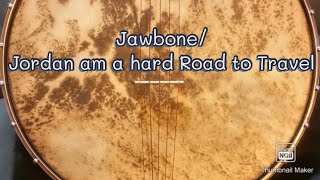 VIDEO: Jawbone/ Jordan am a Hard Road to Travel (Clawhammer
(click to view)