Please note this is an archived topic, so it is locked and unable to be replied to. You may, however, start a new topic and refer to this topic with a link: http://www.banjohangout.org/archive/355561

Janet contacted me about two weeks ago and asked if I had a tune for the TOTW this week. I was just recalling an old Swedish tune that I had heard during the Midsummer Festivities, and that was common when I was young. I said yes to the TOTW, so here is another weird Swedish traditional tune  that I have tried to transfer to banjo.

The song (or tune)

So this week’s TOTW is an old traditional Swedish song called Domaredansen, which means “Judge’s Dance” or “The Dance of the Judge”. It is often used for “round dances”: at Christmas when dancing round the Christmas tree, and at Midsummer (6 month later) when dancing round the Midsummer pole or May pole. I think that all kids have to learn this song in the music classes. However, the song has also gained a wider interest. There are several choir arrangements and jazz arrangement and it is also international known. 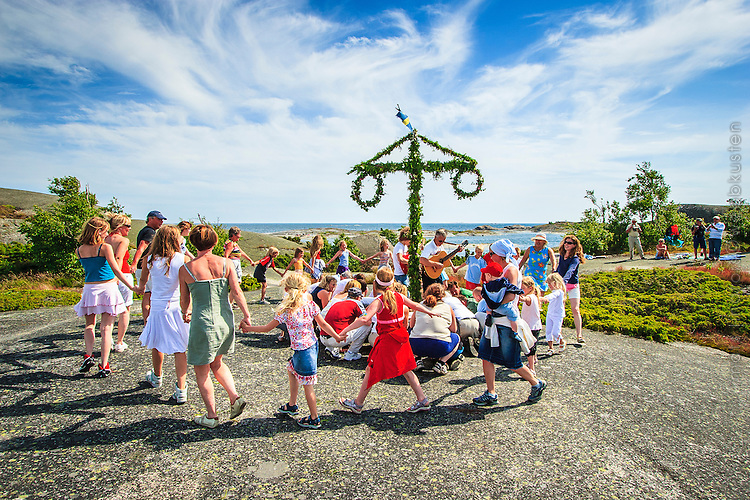 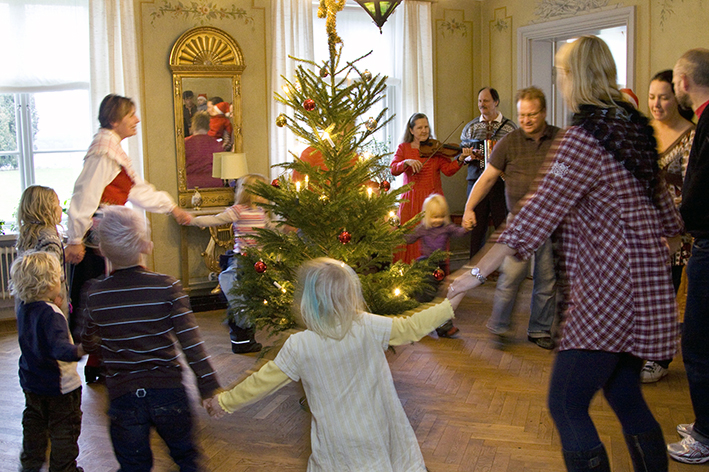 It is not a banjo or tune! I cannot remember hearing it on banjo or fiddle. As I remember it was accordion plus guitar or piano that accompanied the song during the round dances. However, when fooling around with the tune, I found that it a really nice banjo tune!

Even if the tune/song from the beginning was a round dance song it has nowadays gained a wider popularity. It seems to be especially popular to choirs, both Swedish and international choirs, and when looking for videos on “Domaredansen” on YouTube a lot of choir arrangements appears. It has also been recorded by some Swedish jazz musicians.

Here are some recordings as example:

The lyrics goes (in Swedish with a translation to English)

Now we will start   a dance for the judge,

but the judge is not at home.

All those who take part in the dance,

their hearts  will burn.

If you dreamed of your beloved last night,

(you will) smile at the candle.

Visit this site if you are interested to sing the Swedish lyrics with the right pronunciation: showme.com/sh/?h=LsB1TxQ)

I have tabbed out a clawhammer arrangement in the Tab archive:  banjohangout.org/tab/browse.as...p;v=23812

I also made a two-finger thumb lead version (with some index lead in some places): banjohangout.org/tab/browse.as...p;v=23813

I will try to post a recording later during the weekend.  I am struggling with a brand new computer and I have not learned all facilities in it yet.

Even if I have tabbed out the tune as one part, I think of the tune as divided into three parts:

The B part or “bridge” has two measures and is played twice. It is some kind of nonsense lyrics and also nonsense melody (mainly B and A on the third string)

The C part is four measures played once. It starts as a repetition of the A part but turns out to an “Outro” or Exit.

Here is a pdf with notation and lyrics: stefanlinden.se/V/visa%20Domar...s4-34.pdf (the lyrics seems to be a little different than above).

And here is notation from an old song book from 1907:   hangoutstorage.com/banjohangou...72019.jpg

I will try to add an own recording later during the weekend. I have a new computer with a lot of unknown facilities and I am in the middle of the vacation so there are other activities that are competing with the banjo just now.

A really charming tune, Jan. I like these tunes from other cultures. What is the proper tempo. The guitar sample plays faster than the family sings the song around the dinner table. I made this quick recording on my Bay State banjo.

I like this. I've tried playing some polskas and brudsmarches on banjo: I found one that sounds a bit like Bonapartes Retreat and they go together pretty well. Likewise, there is another one that has a few things in common with Mississippi Sawyer...

A really charming tune, Jan. I like these tunes from other cultures. What is the proper tempo. The guitar sample plays faster than the family sings the song around the dinner table. I made this quick recording on my Bay State banjo.

I like your recording. That is how I think Domaredansen shall sound on a banjo!

Usually it is performed at a slow tempo. The family version and many choir version are rather slow.  But when playing it as an instrumental I think that the tempo is increased more or less automatically. When I was listening to the midi file from the TablEdit tab I put the tempo to 220 bpm. When I listen to it (at 220 bpm) after a banjo session I think it is the right temp, but when listening to the tab after listen to a lot of the choir versions I thought is was to fast.

Also the chords can be discussed. In the pdf version with notation and lyrics it is only G and D7 chords that are used, but in the guitar version there are several minor chords included, and other major chords, and this gives a special feeling. I think if you play it fast (more than 230-240 bpm) it is the G-D7 version that sounds best, but if you play it slower (200 or lower) the alternative chords may add a special feeling.

Thanks for a fun dance tune and your links and tabs, Jan. Still looking forward to your recording, which will give us more authenticity. I used all your resources here and came up with a lively 2-finger version. I donât know why, but it wanted to go into a medley with another Swedish TOTW from 2014, Josefinâs Waltz. 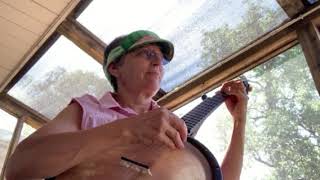