I've owned a couple of mandolin banjos, so I know the discordant horrors, but this was cheap and in good playable condition. And it only has half the discordance of a true mando-banjo. Actually, it came to me misidentified as a banjo uke (and strung accordingly); I liked the nylon sound so I set it up with Aquila's Nyglut set that's good for mandolin tuning. Replacement head and tailpiece, but everything else looks original. It came with a Presto but I was able to obtain a more correct tailpiece from Mr. Smakula.

I'm curious about a couple of things, including the Stewart bridge. It looks to be about the same age as the instrument, but I'm surprised to see that it's stamped "Germany" on the bottom. I thought it would have been prohibitively expensive to ship a sliver of maple in the hold of some Hamburg-America Line steamer rather than get something made in the US. Also, the "Style C" designation isn't documented for tango banjos in the Washburn book, so I'm thinking this is one of the very last ones built - unless the "Own Make" instruments followed their own rules. There's a nice catalog picture of a similar instrument in the Washburn book, but the description is of a more expensive instrument than mine.

I'm happy to see a rosewood board; so many banjos from this era have dyed pearwood that crumbles and looks bad once the dye layer is worn through. The minimal fret wear suggests that this one was always strung like a uke.

Is the Presto that it came with worth anything? I know it's not a 5-string, but I figured I'd ask. 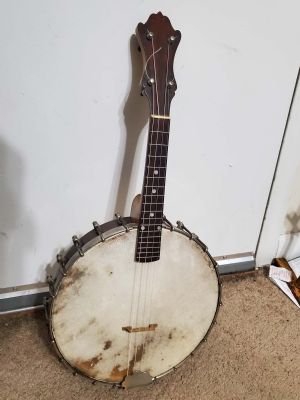 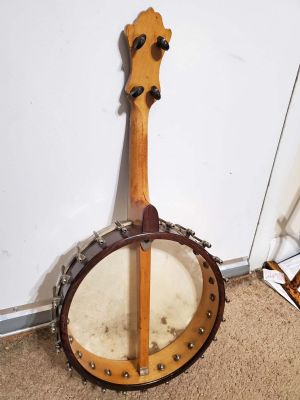 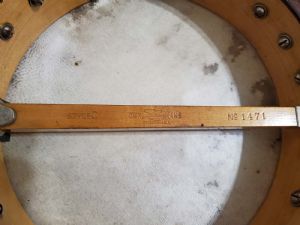 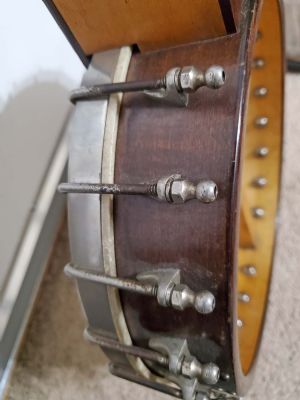 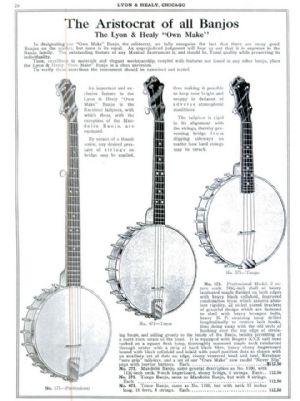 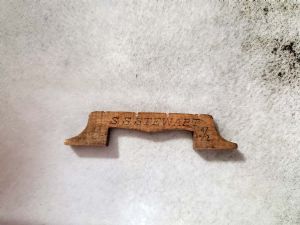 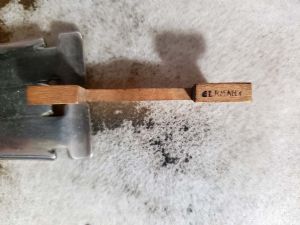 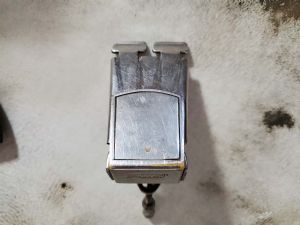 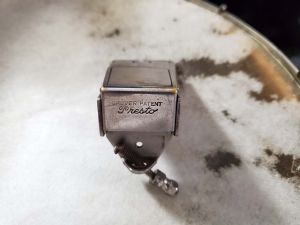 The bridge came from the jobber B&J and by that time was Stewart in name only.

I don't think shipping bridges from any country would be too costly. No large company would import a single bridge, but woul ship a larger number of them, or would include some bridges along with various other things.

As far as the tailpiece, it probably has value, but not as much as its five string brothers. Some people simply drill a hole in these for the 5th string. In my opinion, prestos are pretty crummy and break too easily, but that's just my opinion. many old banjo makers used them, and people will buy them for restorations.

The Presto is probably worth in the area of $150. The old Prestos are very good tailpieces. I've used a number of them and never had one break. I assume the broken ones are later reproductions.

'Which epiphone is this?' 5 hrs

'What Do you Think About' 5 hrs