In response to some good-natured kidding in another thread, I offer this:

YOU WIN SOME...
By Jim Jacquet

A recent post on a banjo collecting site resulted in a bit of back and forth when I bought a banjo someone else had wanted.
That famous cartoon of the little fish getting eaten by a bigger fish, who gets eaten by a bigger fish, on up the food chain comes to mind.
If I have learned anything in a quarter century of collecting banjos, it is that you won’t win them all. Or even a lot.
If I had actually won all the banjos I bid on, my collection would be about five times bigger, and I would have been divorced again.
And again.
Not that I don’t also sometimes cast a jealous and jaundiced eye on bigger fish. I mean, collectors.
It’s just that I don’t take my jealousy seriously.
Usually.
As I have said many a time to the wife, there are other banjo collectors with WAY more banjos.
Especially over in England and Japan, for some reason.
Closer to home, but still geographically distant, there are banjo collections in Kansas and Massachusetts that I regularly covet.
I have even made semi-serious plans, usually late at night when I can’t sleep, about what equipment I would need to successfully tunnel under these collector’s houses.
The problem, besides practicality, is the difficulty of getting a shovel, a pick, and a wheelbarrow through airport security.


And how to stow said articles in the overhead bin.
Now, it is just possible I am approaching this from the wrong direction...
The original PinkPanther movie had the thief cutting through a skylight, rappelling down a rope, fooling the security cameras, and disabling the alarm. Then The Pink Panther diamond was nabbed and the thief made off with it.
Since I am unsure if either target has skylights, a Plan B would involve coming down the chimney Santa-like. But, again, what if there is no chimney? What if it is a stovepipe. Or, worse, a heat pump?
So, you see, tunneling is actually the more practical idea.
Or, I could just live by the old adage, You win some, you lose some.
Naaah...

I would try to obtain building blueprints before tackling a tunnel job. A map of the city's utility or sewer system could also be extremely valuable. Orson Welles, in "The Third Man" frequently used the Vienna sewer system to go from one city zone to another, and Robert DiNiro, in "The Score" broke into the Canadian customs house through utility shafts.

Be thankful you're not into classic cars. I'm not sure you could squeeze a Duesenberg through a manhole.

I was a certified climbing guide for years and since were talking old sayings, i know the ropes. I can rig up a sky light rappel and a lift for anything you may remove. As long as I get any mastertones you find.

There was a huge bank heist in Paris where they went in via the sewers, on a public holiday weekend. As far as I know, no one was ever caught !

I knew I could count on you guys for ideas!

The movie Who's Minding the Mint comes to mind when involving others in the plan.

'Twere it me, I would order a set of collapsible carry-on picks, shovels, miners helmet and wheelbarrow from ACME, and stick with your original plan to fly. Just watch out for coyotes.

'Twere it me, I would order a set of collapsible carry-on picks, shovels, miners helmet and wheelbarrow from ACME, and stick with your original plan to fly. Just watch out for coyotes.

Coyotes should be the last thing to worry about. It's those Acme products one should be concerned about. A collapsible minor's helmet from that outfit might just collapse and turn you into a pinhead. (I tried one of those once and ended up having to replace all my hats.)

I know I’ve received this threat. I sleep hugging my banjo, in its case, like a body pillow, with nightmares of Jim's shovel hitting the floorboards beneath me. All the while my wife sleeps neglected on the other side of the bed.

And proof of their guilt??  BEHOLD! 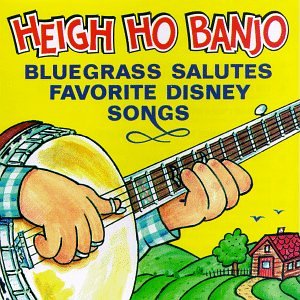 'Which epiphone is this?' 3 hrs

'What Do you Think About' 3 hrs