Looks to be original bridge and perhaps head?  Plays and sounds like magic

Can anybody tell the maker amd year  by the headstock or heel shape? 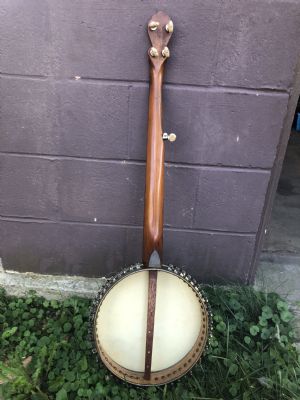 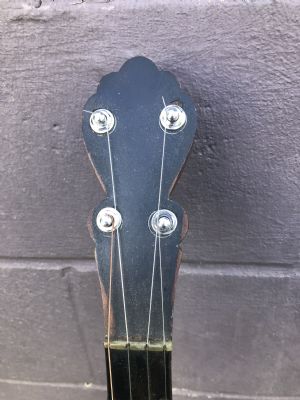 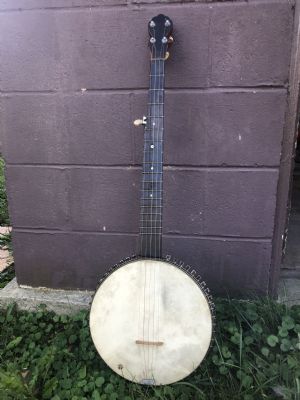 It is stamped with one of the Dobson's names? If not, then it is not a "Dobson".

Buckbee was by far the biggest jobber of these New York pattern low end banjos, but there is evidence that there were more people-- all making pretty much the same banjos.

These unnamed builders were buying parts either from Buckbee, or from the same supplier that Buckbee was getting parts from, in various levels of finish, then building/assembling/finishing them out.

Sometimes these were built to defraud (Albert Baur wrote the story about counterfeit Clarke banjos being built and sold as used older banjos through pawn shops by someone he knew ).

To frame this in a more modern version, think of the various "Gibson Mastertone" style knockoffs that are being made today. Many people are building virtually the same banjos. All the parts are sourced from two or three suppliers. All are built to emulate the same patterns and shapes.

And some of those are built to defraud by using the name "Gibson" on the peghead.

If the internet were to vanish and 60 years went by, people might think that ALL those Gibson clones (despite the name on the peghead) were made in one factory.

'Need To Replace a Computer' 1 hr