The fine bluegrass standard written by Leon Jackson in the 1950’s, and recorded by Leon Jackson & Johnny Bryant & The White Oak Mountain Boys in 1957. Played on my 1978 ODE Style C, along with the Martin D-15S and vocals. Sequenced and overdubbed using iMovie.
youtu.be/2JmQh4457jw 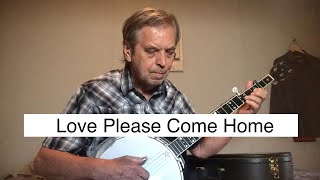 Nice,
In Memphis ,In the 1970's I filled in a band for the banjo player who worked a lot. The guitar player was named Van Winkle.
Related to anyone in Memphis ?
Tom

Nice,
In Memphis ,In the 1970's I filled in a band for the banjo player who worked a lot. The guitar player was named Van Winkle.
Related to anyone in Memphis ?
Tom

Thanx, Tommy.  Naw, I just use Van Winkle to throw off the authorities. My pseudo moniker can be found on my YouTube channel. (another shameless plug....)

When I drove semi out of Toronto once in a while I'd deliver parts to Sharp Mfg. in Memphis.

Chuck, keep them coming. Your videos are very enjoyable.

Terrific picking and singing of a great song!

Iâm over the moon when Alan Munde likes one of my videosâ¦ heâs one of my top 3 favourite banjo players.

Sounds great. I hate this tune in the bluegrass jam because of the quick F chord. If Iâm daydreaming and playing I realize the F chord is coming up and then play it a milli second late and it sounds terrible , like I wasn't paying attention or something,

'Need To Replace a Computer' 2 hrs