Hi All, just after some advice on whether its worth paying a fair bit more for a Blackgrass Special over a regular Goodtime 2? I realise the Blackgrass Special has the tone ring, which is preferable and a nice look to it but I play in a band where I plug it in anyway, so will it make much difference if amplified?

I'm in Australia, so very limited for choice. These two options have popped up but around $1000 difference in the price, so not sure its worth it?

Depends how you "plug it in". If it's a magnetic pickup then only the strings count. At the other end of the spectrum some sort of mic or mic pickup combination will get more of the banjo sound.

Current pick-up is just under the head coming out to a jack to plug into.

" I play in a band where I plug it in anyway, so will it make much difference if amplified?"

"Current pick-up is just under the head coming out to a jack to plug into."

a.  Audience will not notice any difference in sound.

b.  Your band mates and you will not notice any difference in sound coming out of the monitors or speakers.

No it is not worth the extra cosmetics.

Deering uses the same round holes and other features up the "price points, then uses flat hooks and other "innovations." Shoe and Plate"
They are entitled to produce what they desire.

However, for the distant future, find one of the custom builders in Australia. Roll some 3/8" red brass pipe for a "tube" banjo with no holes in the rim, then use identical redbrass pipe for the tone ring. Drill holes in the pipe to relieve "pressure."

OZ has wonderful woods found nowhere else. then develop your specs: tone woods, tone ring, hardware, bridge, strings, tailpiece Discuss what you need with your builder, including your budget. Give them a year to build, you'll be playing pretty good by then.
The Kiwis have some builders, too, stay local, play globally here.

A band is a wonderful thing, there is a point, one night, when you're all well acquainted, then suddenly something happens, you hit
"ignition" and that comes through the PA loud and clear, note applause changes for each song, not with "ignition.  They know you just played it better.

After that, it's "Manual Override."

There used to be a supplier called Janet Davis, she retired. Some of her employees had a band they named "Crazy Mule. They built their own instruments. "We're kinda partial to Cocobolo ourselves."

The original peoples in OZ, the National Australians, or Nozzies have a strong acoustic tradition. It would be enlightened to ask if you could incorporate some of their "innovations."

Johnny Klegg did it in South Africa, he was a white doctor's son who was forbidden to go and play with tribal musicians, he did so anyway.

Travis Edmondson did it in Southern Arizona, he was forbidden to go and play with those "Mexicans." He did so anyway.

Are you writing you own material?

Let's here some of that.

Goodness, choose the banjo that gets you somewhere, you'll know when it's time to go custom.

Here's a picture of "Monroe Crossing." They mix tradition of Bill Monroe with newer artists and their own material.

The banjo player was only 20 in this picture. See how they dress for success. 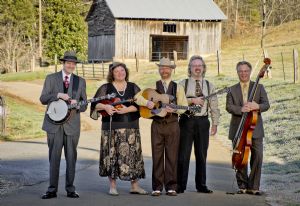 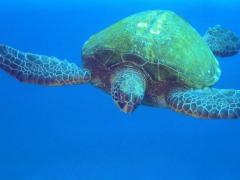 'I hope all Morgan Monroe's aren't like mine.' 6 hrs