What purpose does it perform?

What is the future for satire when current reality is more far-fetched than even the wildest send-up?

How many different forms of satire is there..?

The use of sarcastic remarks....?

Satire is difficult to pull off on social media , without the nonverbal clues, or voice inflection that clue people in . Also an amazing amount of folks especially in the US tend to take everything literally so the satire is lost . A few years ago a song called Short People came out which I thought was a fairly obvious satire on racial bias and bigotry. Some people complained that the song was criticizing short people for being short. Generally people will need a little background info to understand what the satirist is trying to convey to the reader. If Swift little satire â A Modest Proposal âabout eating Irish babies came out today, I donât think it would go over well.

The various satire booms in this country have taken place when a long standing regime is losing popularity and on its way out. But they are a symptom, not a catalyst. There's a quote somewhere about how effective the satire boom of the late Weimar republic was in stopping the rise Hitler. There's another useful comment by Tom Lehrer. But the last time I quoted it the thread was deleted soon after.

Laughter is the best medicine. That was once the title of a joke section in Reader's Digest. Sometimes [if not often] a political decision will result in massive bouts of depression throughout a community. During those awful times a joke or two will evolve about the politicians involved or the situations they created. That is where I see the most satire. The politically correct may scream about the distasteful content. The truth is that sometimes a bit of possibly sick humour is all we have to keep our sanity. We may not be able to get rid of a destructive legislator immediately but we can have fun trying our best to ridicule that individual out of office.

One of my favourites was/is This Is That.  https://en.wikipedia.org/wiki/This_Is_That

In that "The program, whose style has been compared to The Onion, drew phone calls from listeners who did not realize that they were listening to a comedy program and took the content seriously;[1] Oldring and Kelly admit to having been surprised that listeners would be fooled.[9]"

And real (?) media reported the following episodes as fact, so I expect that the future of satire is pretty secure:

In June 2010, the National Post reported as fact that CTV purchased the set of the NBC series Friends;[10] this, however, was a satirical story by This Is That.[11] Two years later, Canadian journalist Robert Fulford wrote an article for the National Post claiming that the show is "worth tuning in for".[12]

Also in 2012, Public Radio International reported as fact a This Is That story that dogs in Montreal would have to know commands in both English and French by law.[13][14]

In early 2013, Harper's reported as fact a This Is That story in which a Canadian student "sued her university for failing to accommodate her allergies to cactuses, escalators, tall people, and mauve."[15]

In September of the same year, several media organizations, including USA Today and the Washington Times, reported on a story about an U-11 organization that had decided to play soccer without a ball to remove competition from the game.[13][16]

In 2014, Jonathan Jones at The Guardian wrote an article analyzing the satire in their story about a New York artist creating invisible art and selling it for millions.[17]

They seem to have had a thing for Texas, too, doing at least three features: 1) A gated, private highway in Texas; 2) A Texas town that was so concerned about dehydration among its citizens that they put sugar in the water supply to encourage more water consumption ("Well, when you come out of the shower, you might be a little sticky."), 3) A Texas prison allows its inmates to have guns 'cause it's their second amendment right. One of my favourites for laughs was the radio interview with representatives for wineries in BC and Ontario, which devolves from snide remarks into a physical fight.

We were driving and their "Canada" intro came on, this time: "Canada, Anaconda spelled backwards!" The Mrs. asked, "Is that true?"

Satire & sarcasim sure helped spawn some of my favorite comedians like Johnny Carson & Jonathan Winters & many others .
Actually I fit that personality pretty much & probably turn off some who don't know me , but meeting someone who has like humor can be a very enjoyable funny time .

...back in the goodle days.

Reality is always stranger than fiction

The use of sarcastic remarks....?

Sarcasium and Satire are too distinctly different forms of humor. Sarcasium is more likely to end up wi.th the speaker saying, "You just can't take a joke." The sarcastic speaker is also more likely have they mouth shut by a punch in the nose. 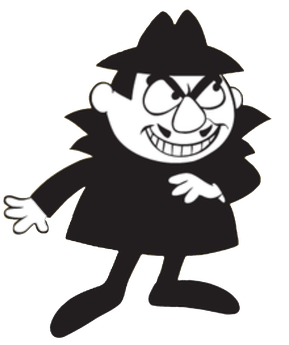 Multiple vibrations picked up on seismographs across U.K. by geologists blamed on tortoises falling off posts.

'Need help with this banjo' 2 hrs