Good Day on Thursday, 26 May

Good dark and early morning from warm Kingston, Ontario. It's 19C now and will be a possibly rainy 23C during daylight hours. Today is my last day of radiation therapy. I get to ring the bell! I hope to take a photo of some of the many people who have helped. I have a card to bring, expressing my thanks. The staff, from COVID screeners at the door, to the receptionists, to the technical people, nurses, doctors - everyone, has been friendly, accommodating, and efficient. The one thing I won't miss is the amount of water you have to drink. I can't wait to get my system back to "abnormal".

Have a great day! (Got yard work to do?) 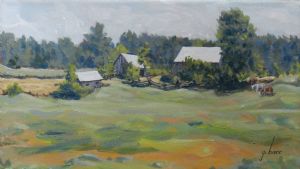 Gâmorninâ all you snappy pull-offers, , a warm day is in store with temps breaking the 70 degree barrier later this aft. Iâll be joining my first indoor jam in 2 years later this evening. Pic is of u-no-woo.

Good morning from Sweden. It is a sunny morning but the rain will come later. 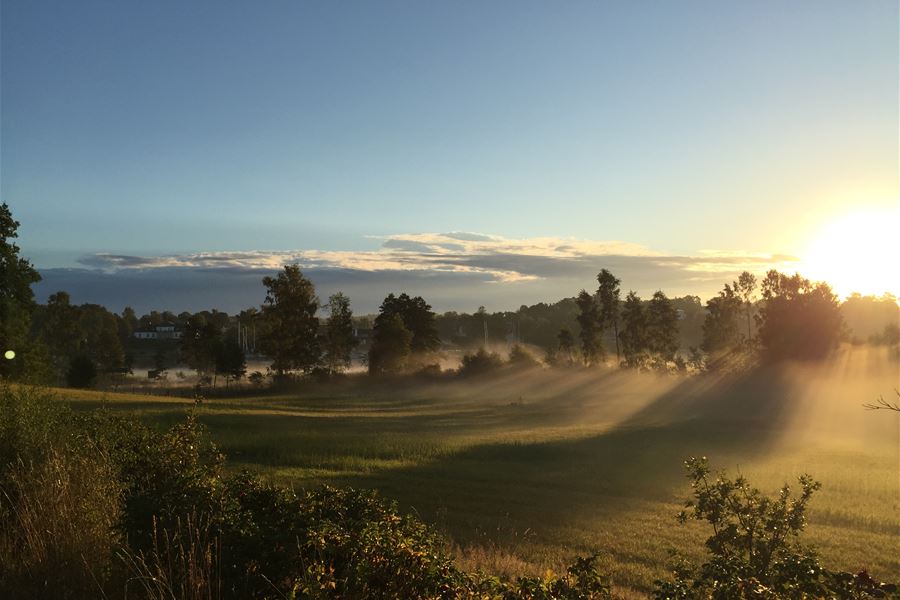 Have a terrific Tuesday everyone. Another pretty day in store. The photo is of this morning’s sunrise. The smokestacks are another part of Lowell’s history as steam power gradually supplanted the water power from Pawtucket Falls. Photo was shot through my rather dirty window so forgive the poor quality. (The insides of the windows are fine, but I'm on the fifth floor so I shan't be cleaning the outsides!)

Congratulation Paul R on your last Zap day. My first of 40+ is next week and I’m already looking forward to ringing the bell. Like you, virtually everyone I’ve met on this journey has been wonderful. 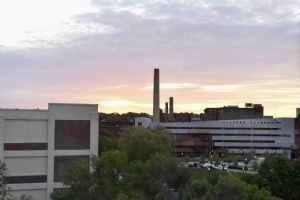 Good morning, all.
Today's INTENTION was to start a thorough house cleaning.
Might be spending a large portion of my time on matters related to banking and landlord duties, regarding the rental property.

On a BANJO-related matter:
Might buy some cheap poker chips, write the names of songs we like on them, toss them in a bag, and draw them out at random, so Mary and I can play them, rather than have a rigid list.
Rigid lists can get boring, and banjo should never be boring.

Good Morning from froggy and overcast Northeast Wisconsin. Right hand and arm starting to recover from arm damage. Had a fall while in Savannah a few weeks ago, still some pain and stiffness but getting there.
Tonight will be last trivia contest so time to start planning how we are going to use
the restaurant gift cards that we have won this season.
Hope you are all going planning a good 3 day weekend and going to spend some time with family.

Good morning from another nice day here upstate NY .
It's sooo great seeing leaves & tiny berry buds coming out on the mulberry tree !
For you motor heads ----
One of my JD 425 lawn tractors started leaking trans oil big time (have one for plowing snow & the other for grass cutting) & after watching a video of pulling the trans I told my wife it was more labor intensive than removing an auto engine ! One of the few seals I could access w/o removing the trans was the one that was leaking & somehow the cup seal was not pushed all the way in (or had worked its way out) & reseating it stopped the leak ! Wow , hope it stays there !
These are older model tractors but in my opinion some of the best JD made .

Had had no word on the trailer we took in for painting on the 10th. [estimated @ 5 days], so we went for a drive yesterday.  The guy's wife / office manager had been off with that which is unmentionable, so he did both jobs.... now he's off with that which is unmentionable.  C'est la vie, I suppose.  The worst part might be the amount of interior work to be done, considering that nowadays I accomplish in a week what I used to in a day ..........

Hope everybody has a good day.

I think I've heard of somebody-or-other, or maybe more than one somebody-or-other doing a show/shows entirely of requests. I also like that idea, so long as, if one pays attention to stuff that periodically appears in other BHO threads, Wagon Wheel and Dueling Banjos aren't requested.