Good Day on Wednesday, 18 May

Good dark and early morning from cool Kingston, Ontario. It's only 10C now, and will hit just 17C during daylight hours. Despite delays on the causeway, I got my radiation treatment early yesterday. Just six more to go. Ten years ago today I photographed this cooperative critter on its rock. 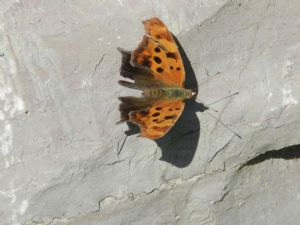 Good morning from Sweden. It was a cold morning, down at 2 C, but the temperature will go up to 20 C in the afternoon.

Have a wonderful Wednesday everyone.

I’ve found proof that for some reason God, in her infinite wisdom, made more horses asses than horses to put them on. 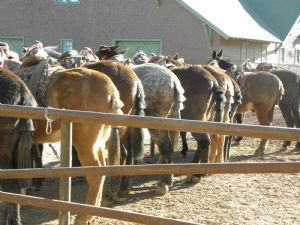 Bonjourno from damp/soggy/??? west-central Man-ee-toe-bah.   A steady drizzle, about a cm so far and it's still in progress.  +7 C. now but forecast to soar to 10 this aft.

For your excitement here's a pic of one of my brilliant* ideas/projects.... a brick trough to take the roof run-off along our property and into the small depression in the flower bed at the left end, instead of directly off into the somewhat poorly drained trench (?)  between us / neighbour.  I put 'er in about two years ago, but it seems to work so well I'll probably get around to doing the same at the other end of the house..... 'though that would entail adding a downspout [which should have been there all along

Hope everybody has a good day. 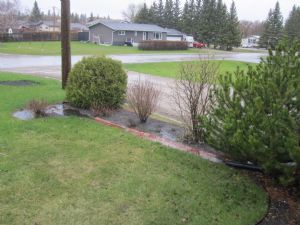 I stopped doing all of those satisfying niceties (unless they were functionally needed) awhile back when I realizied I was impressing the tax assessor more than myself .

Have a wonderful Wednesday everyone.

I’ve found proof that for some reason God, in her infinite wisdom, made more horses asses than horses to put them on.